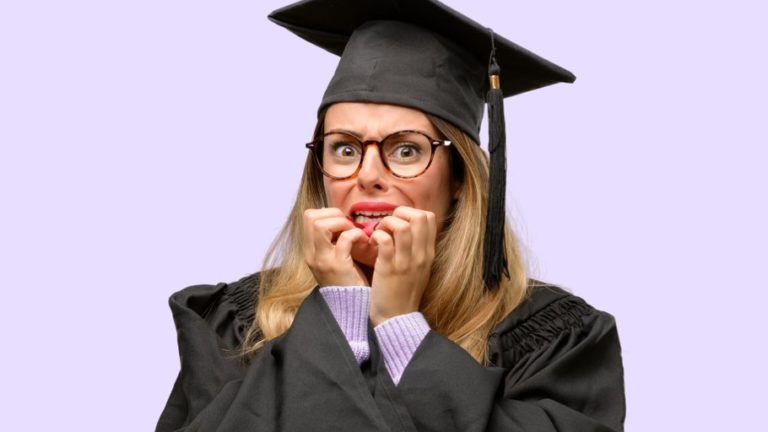 Don’t let the cynicism at the heart of this corruption scandal extinguish kids’ hope.

The years-long scheme came crashing down on Tuesday, March 12, 2019, when federal prosecutors charged 50 people with bribery and corruption counts. Among those charged were 33 parents, some of whom were prominent celebrities and business people, coaches, proctors and officials at the College Admissions Board (which administers the SAT standardized test), and the mastermind, William Singer, the founder of a California-based business called Edge College & Career Network, who masterminded the scheme.

In our home, the charges and description of the outlandish scheme felt personal. With teenagers in our family, we’re knee-deep in the college admissions process. Our days are spent discussing the merits of one college over another; our Sundays are often taken up with standardized tests. A recent dinner party turned into a major question and answer session about the college admissions process as our friends all shared their experiences visiting colleges, talking with admissions staff, and signing their kids up for various tests.

One troubling aspect of the recent bombshell charges of corruption are just how unsurprising allegations of fraud and unfair advantage seem. Even before the US Justice Department announced the 50 criminal charges in the college admissions scam, my kids and the kids of my friends were already comparing notes about the best ways to get into colleges. Do some schools discriminate against Jews? How easy is it to get into an East Coast school when you apply from the Midwest? Does being a “legacy”, whose parents are alums, help? Will students whose parents paid for fancy summer programs have an advantage over us?

It’s heartbreaking to see students become cynical just when they are preparing to leave high school and enter the wider world. My fear is that this corruption scandal will cement some students’ views that society at large is an unethical place.

Tragically, that worldview seems to be gaining currency. A 2018 Gallup poll found that a majority of Americans harbored trust for only three institutions (the military, small businesses and the police). Other public institutions – including religious organizations, public schools, newspapers and branches of government – saw dismally low levels of trust. We seem to be living through a crisis of trust. It breaks my heart to think that a whole generation of kids might be learning to mistrust some of the most central institutions in their lives, including school and college officials, coaches and even parents.

One of the saddest aspects of the unfolding scandal is the fact that in some cases parents duped their children.

Some parents paid William Singer and his corrupt business huge amounts, ranging from $15,000 to $75,000, to buy off standardized test proctors and rig students’ scores. In an email exchange released by prosecutors, Singer wrote that many of the students whose parents hired him believed they’d done well on the SAT and other tests themselves. “It was so funny ‘cause the kids will call me and say, ‘Maybe I should do that again. I did pretty well and if I took it again, I’ll do better even.’ Right? And they just have no idea that they didn’t even get the score that they thought they got.”

Instead, Singer counselled parents to concoct reasons that their family had to be out of town on the date of their children’s tests, then take their children to take a standardized site at a testing center where Singer could manipulate the results, either having employees change students’ answers afterwards or in one case even have an adult pretend they were the child and take the test for them.

One parent who eventually decided not to enroll her daughter in the scheme, recognized that her daughter would want to do her best on the tests. She explained in a recorded phone call that her daughter should take one regular test first, then a second, rigged exam. “I just know that no matter what, she’s so academically driven...no matter what happens, even if we go, ‘This is a great score,’ that she’ll go, ‘I really want to take it again.’”

That sort of optimistic hope in her own abilities and capacity for self-improvement is exactly what we all want for our children – and what this scandal has dealt such a grievous blow.

We all want our children to feel that the world is a hopeful place and that their own abilities will be enough to carry them through and allow them to blossom. I’ve told my kids that this admissions scandal is an aberration and that most people would never ever do this. I want to believe that’s enough to reassure them but I’m not so sure. Surrounded by so many examples of unfairness and inequality, it can be hard to raise children who trust that the world is really fair.

I want to give my children a blessing that Rabbi Yochanan ben Zakkai gave to his disciples 2,000 years ago: they should fear God and heaven as much as they fear flesh and blood.

One of the greatest gifts I can give my children is a sense of right and wrong and the courage and inner conviction to live by those standards.

Oprah's Choice
The Blue Beyond
Great Place to Live
Is Eating Supposed To Be Spiritual?
Comments
MOST POPULAR IN Current Issues
Our privacy policy