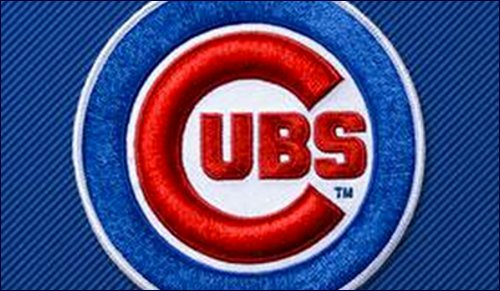 The team hasn’t won a World Series in 108 years. Is it really due to a curse, as many people believe?

As this historic World Series unfolds, pitting the Chicago Cubs against the Cleveland Indians, we need to address this critical question: Has a curse prevented the Cubs from winning a World Series since their last victory in 1908?

After being established in 1903, the Cubs were one of the strongest teams in the nation, winning back-to-back World Series championships in 1907 and 1908, becoming the first Major League team to play in three consecutive World Series, and the first to win it twice.

All that came crashing to a halt in 1945, when the Cubs again faced off in the World Series against the Detroit Tigers. On October 6, the Cubs were leading in Game Four, when local fan William “Billy Goat” Sianis decided to lend a hand. Sianis owned the nearby Billy Goat Tavern, overseen by his pet goat Murphy. Seeking to bolster his team, Sianis led Murphy over to the stadium, bought the animal a ticket, but was prevented from entering by an usher who objected to the goat’s awful smell.

Enraged, Sianis declared, “The Cubs ain’t going to win no more!” until his goat was allowed on the field. The Cubs lost that game, and the World Series. Sianis later sent a telegram to the team’s owner asking “Who stinks now?” The Cubs long losing streak had begun.

In 1969, Sianis formally declared the curse lifted, but the Cubs continued to lose as they tried their best to reverse the supposed “curse”. Sam Sianis, William’s nephew continues to keep a goat and has brought it to Cubs games again and again in an effort to lift the spell, parading it on the field, and yelling, “The curse is lifted!” In 2003, when the Cubs found themselves in a tight match with the Houston Astros, the goat was even sent to Texas to help the team along.

Well the Cubs are now in the World Series (I live in Chicago and this is a big deal; fans have waited a lifetime for this!) and I don’t think their winning has anything to do with a goat going to a ballgame.

One of the most difficult challenges athletes face is overcoming their own internal mental barriers. Take the four minute mile. For generations, running a mile in under four minutes seemed to be an impossible dream. In the early 1950s, Australian runner John Landy started inching closer to the goal, setting a record of 4:02.1 in 1952, but breaking the four minute barrier seemed impossible. “Frankly, I think the four-minute mile is beyond my capabilities,” Landy told journalists.

On May 6, 1954, Roger Bannister famously ran a mile in under four minutes, stopping the clock at 3:59.4. In the ensuing weeks, a number of other runners also ran a mile in less than four minutes. Incredibly, 46 days after Bannister’s world record, Landy himself broke the four minute barrier, clocking in at 3:57.9.

The barrier wasn’t physical, runners realized, but mental, and once they truly believed it was indeed possible to attain that goal, the barrier fell. “It is the brain, not the heart of lungs, that is the critical organ,” Roger Bannister later explained.

What’s true for athletes is true for us all: it’s easy to get trapped by our own mental barriers, to convince ourselves that something is holding us back, with or without a supposed curse. Sometimes, all that’s preventing us from reaching our goals is an irrational belief that we can’t reach them.

So can the Chicago Cubs overcome their “curse” and win the World Series? Jon Lester, a pitcher for the team, has insisted that the supposed curse has become an “irrational fear” holding them back and that his fellow teammates need to mentally talk it through. “There is nothing for us to run from,” he said. He hopes that by confronting their fears, Cubs players will overcome them and focus on their real adversaries, the Cleveland Indians instead.

Whatever the outcome of the 2016 World Series, I’m rooting for the Cubs. I’m rooting that not only they should win but that they will show themselves and fans around the world that sporting success rests on solid teamwork, talented players, believing in yourself (and of course asking for God’s help) – not on curses and superstition. The only thing holding them back is fear itself.

One Drink Too Many: My Journey to Letting Go of Alcohol, Finding Freedom and Choosing Happiness
Take Two: Why Pesach Sheini is Significant to Our Family
Why Really Everyone Believes in Free Will
Who was Two-Gun Cohen?
Should Jews Support Ukraine?
The Jews of Cuba
Comments
MOST POPULAR IN Arts
Our privacy policy