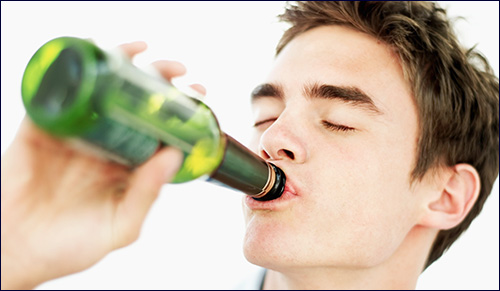 Purim is right around the corner and it is one of our most joyous holidays. Along with all the revelry comes drinking and often unsafe behavior ensues. Some parents are at a loss how to talk to their teens about drinking. But we need to find the way to do so, not only on Purim, but all year round.

According to the NIAAA (The National Institute on Alcohol Abuse and Alcoholism), teen drinking has been steadily increasing in recent years and alcohol is the most widely used substance of abuse among teens in America. There are many negative consequences to this trend. Drinking impairs judgment, causing teens to make poor decisions making them more susceptible to physical or sexual attacks. Injuries and death can result from alcohol poisoning and drunken driving incidents. Our brains develop well into our 20’s, alcohol can hinder brain development, causing learning and cognitive issues. According the NIAAA, people who start drinking before the age of 15 are four times more likely to meet the criteria for alcohol dependence at some point in their lives.

According to Rabbi Abraham Twerski, there is no mitzvah on Purim to drink irresponsibly. Rabbi Twerski has been alerting the community of the increasing problem of alcohol abuse and marijuana smoking among Jewish adolescents. Due to the gravity of the problem he entreats parents to avoid encouraging intoxication.

Rabbi Twerski says that “many people drink to excess because of the mistaken notion that there is a mitzvah to get drunk on Purim. Rabbi Shneur Zalman in his Shulchan Aruch (529) says, "It is impossible to serve God either in levity or drunkenness." One of the final authorities on halacha, the Chafetz Chaim in Mishna Berura (695) states clearly that the proper thing to do is not to drink to intoxication, but rather to drink just a bit more than is customary (which would be a glass or two of wine), and go to sleep. This is the proper way to fulfil "not distinguishing between 'cursed be Haman' and 'blessed be Mordechai.' There is certainly no justification for drinking anything but wine. Aruch Hashulchan (695) condemns drinking spirits (liquor) in very sharp terms.”

Now that we are aware of the issues, what is a parent to do? Here are four simple ways to talk to your teens about drinking and other unsafe behaviors on Purim and throughout the year:

Sometimes it’s best if we don't talk. Children do as we do, they do not do what we say. That means that lectures usually fall on deaf ears. Kids learn best by example. If we want our kids to have a healthy attitude about drinking, then they need us to model a healthy attitude towards drinking. Rabbi Twerski advocates that parents should set a model on Purim for their children and not drink to excess.

According to the NIAAA, parents can do the following:

Our teens can hear us if we can deliver the message in a kind and diplomatic way. We need to let our children know our values in a way that does not demean them.

Jim Fay of Love and Logic encourages parents to agree to disagree. When a child says something that goes against our values, rules, or our better judgment, like “Drinking is no big deal. I can handle it!” we can say:

“I am glad you told me your thoughts and feelings about drinking. I am glad you feel like you can handle it. But I am concerned that drinking is illegal under 21 years of age. And I don't agree that ‘drinking is no big deal.’”

In this way, our true message, “drinking is illegal under 21 and it is a big deal” is couched by respectful language, so that our teens can truly hear it. It is a kind and gentle way to help our teens understand our values and rules.

3. Talk about yourself and take little opportunities to talk:

Many times our conversations with our teens end up in anger. Our teens can push our buttons. Why? Because they need to test their independence and they need to push us away in order to do that. In a normal bid to grow to be healthy adults, teens need to reject what parents say so that they can define and refine their sense of self. Their egos are fragile and they are overly sensitive as they navigate this tough time in their life.

It is difficult for parents to watch their teens grow up, make their own decisions (sometimes not very smart decisions) and struggle for their independence. In their frustration, parents often use language that rankles teens, putting them in a position where they need to defend themselves and their decisions. Parent will say:

You better not do anything stupid when it comes to drinking! You need to pick a better group of friends!

To avoid placing our teens in a corner where there only recourse is to fight back, we want to talk about ourselves using “I” messages:

“I don't like to read about kids drinking themselves sick.” “I get upset when kids use drinking to feel cool, I wish they could find other things to do that would help them feel good about themselves.”

We also don't want to lecture. There is nothing a teen hates more than when parent gets on a soap box. Instead it is better if we take little opportunities to talk when things are calm, when we are reading the newspaper, watching TV, or when we witness another person engaging in unsafe behaviors:

When reading the newspaper: “Here is an article on the effects of drinking on your mind, what do you think about what it says?”

On TV: “Those kids are making some bad decisions about drinking and drugs.

What do you think is making him do that? What would be a better way to handle that?”

Witnessing a person’s bad behavior: “Smoking is a hard habit to break! I am glad I never got started!

It is at those times that we can also ask our teens:

“What do your friends say about smoking, drugs, drinking?”

“What plans do you and your friends have in place if you are put into a difficult situation with drinking?”

4. Be your teens safety net:

Kids need to know that if they find themselves in a sticky situation they have a way out. It’s important to tell your teens that if they are ever in trouble they can call you at any time of the day or night. Reassure them that you will not be angry just happy that they called you when they needed you.

5. Invite them to come up with some rules for themselves:

Teens need to learn to think for themselves. If they come up with rules and regulation for their own behavior they are more likely to stick with them. We want to use language that is encouraging and affirms our belief that they can make good decisions. We can ask them the following questions:

“You know the challenges of drinking and drugs. What rules should be in place for teens like you?”

“How can parents help kids make good decisions? What do you need from us?”

“What guidelines do you think you need to help keep yourself safe?”

Before Purim and any other social event where there might be drinking make sure to go over the rules that you have put in place with your teens. Rabbi Abraham Twerski encourages close supervisions of teens on Purim. Have your teen tell you where they are going and who they will be with. Make sure that they have a cell phone and remind them that they can call you at anytime if they are in a bind or if they feel at all uncomfortable. Reiterate the dangers of drinking and driving and that they may never get into a car with someone who is not sober.

Teens need us to be supportive and loving as they move through these years towards adulthood. Talking to them in respectful ways about tough issues and having rules in place can help.

Why Adults Should Wear a Costume on Purim

Explaining the Meaning of Yom Kippur to Your Kids