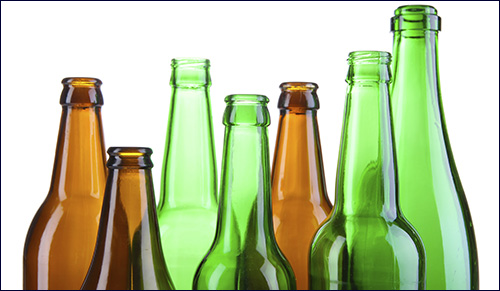 A person is obligated to ‘spice’ himself on Purim until he cannot distinguish between “cursed is Haman” and “blessed is Mordechai” (Talmud Megillah 7b).

Drinking on Purim is such a peculiar anomaly. It seems to fly in the face of everything Judaism teaches us the entire rest of the year. Doesn’t drunkenness lead a person to reckless, uninhibited behavior – practically the antithesis of the ethical lifestyle outlined in the Torah? It almost seems as if the Sages decided to give us one day off – that after a year of reserved, moderate behavior we can loosen up and run wild, only to sober up right after and come back to our usual senses.

Well, to begin with, the Sages never recommended that we drink ourselves senseless. Apart from the damage done to our liver, brain, pancreas etc., getting ourselves smashed is no religious experience. (Read no further than the story of Lot and his daughters if you actually need proof of this.) Jewish law rather recommends that one drink more than his wont (Rema O.C. 695:2). We dull our intellectual capacities somewhat, till in our joyful stupor we can no longer distinguish between “cursed is Haman” and “blessed is Mordechai.”

Yet even this much more moderate practice requires understanding. Why on Purim do we celebrate by dulling our senses? Doesn’t Jewish observance generally involve thought-out, considered acts? Isn’t Judaism all about understanding what we’re doing – rather than just performing some senseless acts because God said so? What is unique about Purim that we celebrate it by stifling our intellectual abilities, relating to God on a happier yet less discriminating level?

The Purim story takes place in the vast Persian kingdom. Persia was a world power, yet its decadence was astounding. The Book of Esther introduces us to a king who is almost constantly drinking, partying and flaunting his wealth. The story begins with a 180 day drunken feast thrown by King Ahasuerus – his empire no doubt operating of its own momentum through the course of it.

Later in the story Ahasuerus hosts an enormous beauty pageant to replace the deposed Queen Vashti. Each candidate underwent twelve months of beautification until she was prepared for her liaison with the king (2:12). Twelve months?! How long can a human being spend in cosmetics and oils till she looks her best? Yet such was the Persian obsession with beauty and all things external. Even the Talmud admits that we can learn good manners from the Persians (Brachot 8b, 46b). They were experts at enjoying the physical world; they lived for pleasure and they knew just how to do it. For this they earn the Talmud’s rather uncomplimentary epithet of them as bears (Kiddushin 72a).

The Persian Empire was thus a place of almost total superficiality. They cared about the physical world – almost to the exclusion of all things more profound. Interestingly, apart from Haman, we do not find Ahasuerus and his advisers to be especially evil or mean-spirited. The king seemed to go out of his way to cater to the needs of all his subjects (see 1:5, 1:22). But they were shallow to an extreme. They saw nothing beyond the material, the sensuous, the here and now.

They cared more about what the non-Jews thought about them than how God viewed them.

This to a great extent was the flaw of the Jews of the time. They may well have been outwardly observant. But they seemed almost entirely preoccupied with the external and the superficial – with what the goyim thought about them. The Talmud offers two explanations why the Jews of the time potentially deserved destruction – either because they bowed to Nebuchadnezzar’s idol, or because they enjoyed Ahasuerus’s forbidden feast (Megillah 12a). As the Talmud continues, both sins were done “for show.” They didn’t really believe in the idol and they didn’t really want to partake in the festivities, but they didn’t want to stand out, to risk losing their government’s and their neighbor’s approval. Their sin was not one of rebelliousness but one of etiquette: they cared more about what the non-Jews thought about them than how God viewed them.

To merit their salvation the Jews had to repent – but not primarily from wickedness, but from shallowness. They had to recognize that there is more to life than appearances, that all that truly matters is their standing in the eyes of God. When Haman threatened them, the people realized their salvation did not lie in negotiating with the authorities or in self-defense, but in fasting and repentance. Esther likewise interceded with the king at what was superficially the worst possible time – in an unsummoned appearance punishable with death – but what was in actuality the best possible time – because the nation’s repentance was at its zenith.

The salvation of Purim carried within it this same message. We repented and God saved us. But something was different. The salvation was a very subtle one. There were no open miracles. The sea didn’t split; the sun didn’t stand still; oil didn’t burn for eight days. What did occur was that God quietly orchestrated events in our favor. Esther is chosen queen against all odds – while doing nothing to enhance her beauty and her chances. Mordechai happens to overhear two guards plotting to assassinate the king and reports it to Esther. Ahasuerus cannot fall asleep just the night Haman comes to request Mordechai’s execution – and the king is lulled to sleep to the sound of the story of Mordechai’s patriotism. And finally, just as Haman falls into disfavor, a guard informs Ahasuerus of the gallows Haman had prepared for his loyal subject Mordechai – and which were promptly put to use on Haman.

It all could have been viewed as a string of lucky coincidences. But the Jews of the time, with their newfound perception, knew better. They recognized that God was caring for them all along, whether they saw it or not. It was not the externals that mattered. It was never Haman who threatened them but their own sinfulness. And if their repentance would be total, the threats would disappear into the same vapor they were composed of to begin with.

Thus, a beautiful message emerges from the story of Purim: Do not be superficial. Don’t be fooled by the externals, by what our senses tell us, by what simple logic dictates. For there is another story – another level of reality – far beneath it. God is the one truly behind it all. His reality and His will are all that really matter. We may not always comprehend it with our simple faculties – but we don’t have to. At times like the Purim story the veil lifted briefly: We were able to see God’s guiding hand throughout. But it’s simply not dependent on that. He is there throughout – during our easy times and our not-so-easy ones, guiding us individually and nationally every step of the way.

On this one day we can just let go – for we know God is taking care of us.

And this is where wine comes in. Why dull our senses? Because there is a beautiful, profound message in it. God is taking care of us. It is happening on a level we often do not comprehend – and in fact, applying our myopic human logic may well lead us astray. We do not have to keep our senses alert to their fullest. We need not intellectualize and rationalize everything which occurs to us. For a short time we can just let go. We don’t have to worry about the threats, the intractable problems which face us in life. The “cursed in Haman” and “blessed is Mordechai” are all one and the same – manifestations of the same loving God. And on this one day we see beyond them. For God is taking care of us. We can simply turn to Him and leave our worries with Him – and be happy.

It’s All Good
Is Grease the Word?
Dried Fruit Compote
Scientific Curiosity and the Divine Encounter
Comments
MOST POPULAR IN Purim
Our privacy policy
Aish.com Is Looking for Great Writers