Surprising Facts about the Jews of Mexico 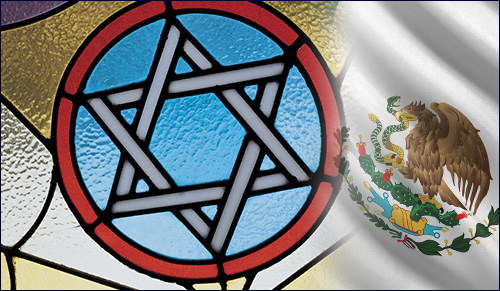 Mexico boasts a thriving Jewish community with roots that go back 500 years.

Some of the most vibrant Jewish neighborhoods in North America exist “South of the Border” in Mexico, where over 40,000 Jews have created a close-knit, distinct community.

When Hernan Cortés first conquered Mexico for Spain in 1521, he did so with a number of secret Jews amongst his men. Judaism was banned at the time in Spain, and soon many secret Spanish Jews departed for “Nueve Espana” in the New World to try and live a more Jewish life. In fact, Spain’s first Viceroy in Mexico, Antonio de Mendoza, possessed a Jewish surname, and historians suggest he was possibly one of the secret Jews who moved to the new territory.

King Phillip II of Spain soon established the Kingdom of Nuevo Leon in Mexico (and parts of what is today Texas), and appointed Don Luis de Carvajal – a well-known Portuguese-Spanish nobleman who was born to Jewish converses, or forced converts – as Governor of the new territory. Carvajal welcomed both Jews and Catholics into his land. His nephew, Louis Rodriguez Carvajal, embraced his Jewish identity in the new kingdom, and encouraged other secret Jews to do the same. 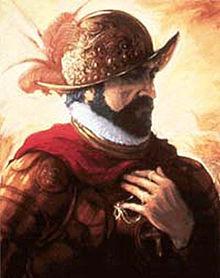 The Spanish Inquisition, which forbade any Jewish practice, spread to Mexico in 1571. Many of the new territory’s Jews fled to neighboring Peru. Jews who chose to remain faced torture and execution if it was discovered that they continued to practice their faith.

Some of the earliest victims of the Mexican Inquisition were family members of the Governor Louis de Carvajal. His sister Francisca was arrested on charges of being a Jew, tortured, and burned at the stake, along with four of her children – Isabel, Catalina, Leonor, and Luis – in 1596. In 1601, another daughter, Mariana, was burned at the stake for the crime of being Jewish as well. Governor de Carvajal himself was arrested on charges of practicing Judaism and died in prison in 1595. Jews were soon pursued throughout Mexico. “Suspicious” activities that could brand someone a Jew included bathing on a Friday and afterwards putting on clean clothes; draining and disposing of blood after slaughtering a bird to eat; fasting on Yom Kippur; eating tortillas (which are unleavened) during Passover; and circumcising sons. Anyone guilty of these “crimes” faced drastic punishments including torture, imprisonment, forced wearing of a sanbenito, a knee-length yellow gown, or a dunce-cap, and execution. (Visitors to the Zocalo, the main plaza in the center of Mexico City today, might be unaware that this was the main location where generations of Jews were publicly burned at the stake for the “crime” of being Jewish.)

By the time the Inquisition was abolished in Mexico in 1821, approximately 100 Jews had been killed and many more imprisoned.

Cinco de Mayo celebrates the Battle of Puebla when a small Mexican force led by General Ignacio Zaragoza Seguin defeated a much larger French army, on May 5, 1862. (The area of Puebla might have been home to a thriving secret Jewish community of its own; see the section on Jewish-Mexican food, below.)

Despite this victory, French forces went on to conquer Mexico, and set up the short-lived Second Mexican Empire. In 1864, Emperor Maximilian I declared himself ruler and though he never consolidated his reign over all of Mexico, the short-lived monarch did make one remarkable change in Mexico: he issued an edict of religious tolerance and invited German Jews to settle in Mexico. When Maximilian was deposed and executed in 1867, his successor, Mexican nationalist President Benito Juarez, continued to enforce a separation of Church and State, ensuring that Mexico remained a haven for Jewish immigrants.

Jewish refugees began to pour in to Mexico. Ashkenazi Jews fleeing pogroms in Russia and Eastern Europe came in the 1880s, establishing Mexico’s first synagogue in Mexico City, in 1885. Sephardi Jews soon followed, fleeing persecution in the crumbling Ottoman Empire. (Sephardi Jews had an added incentive to immigrate to the new nation; they spoke Ladino, a Spanish-derived Jewish dialect that helped them feel at home in Spanish-speaking Mexico.)

Mexico’s oldest standing synagogue is the Sephardi Synagogue, built in 1923 in the heart of Mexico City, at 83 Justo Sierra Street. Although the Jewish community has long since moved to the suburbs, Jews who work downtown still frequent the congregation during the working week. Down the street is Mexico’s first Ashkenazi synagogue, Justo Sierra, built in 1941 as a replica of a magnificent Lithuanian synagogue. Builders worked from a photograph, copying the ornate details faithfully. Fear of crime and terrorism haunt Mexico’s Jews, making them highly security-conscious and wary of maintain the safety and security of their synagogues and other communal buildings. 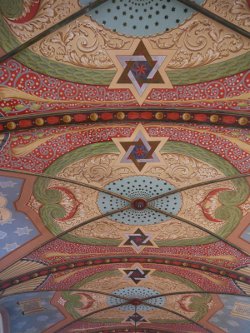 Today’s Mexican Jewish community is tightly-knit and contains several distinct strands: two separate Syrian communities thrive, each with their own traditions, from Aleppo and Damascus. Ashkenazi Jews maintain the traditions they brought with them from Eastern Europe. Another group of Mexican Sephardi Jews hails from the Balkans, and keeps those memories alive through family recipes and customs. Finally, a fifth group has made its mark on Mexico’s Jewish community in recent years: immigrants from the United States, who call Mexico home now and have brought their own distinct traditions from North of the Border to Mexico. 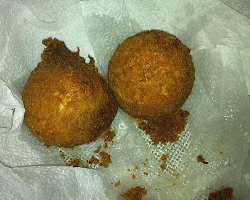 A few of Mexico’s best-known dishes turn out to have surprising Jewish origins. Bunuelos, the quintessential Mexican winter holiday dish of golden, deep-fried balls of cheese-infused dough, originated as a Sephardi Hanukkah dish. The oil used to fry these savory snacks was originally meant to invoke the miracle of the oil.

Some theorize that the springtime Mexican dish Capirotada – a rich bread pudding infused with sweet cheese and drenched in syrup – also originated with Mexican Jews, as a way of disguising their consumption of unleavened bread during Passover.

Pan de Semita, the iconic sesame-seed-studded roll of Mexico’s Puebla region (the area where the Battle of Puebla, celebrated in Cinco de Mayo celebrations), has been linked to secret Jews who possibly ate it as an unleavened alternative to regular bread during Passover. Another iconic Mexican regional dish – roast suckling goat, enjoyed in and around the Mexican city of Monterrey (which also contains an established Jewish presence) – was likely Jewish in origin, as a way for secret Jews to avoid eating the roast suckling pig so popular in much of Mexico.

Culinary influences have gone both ways. Mexican Jewish cooks have adapted the bright flavors and fresh fruits of Mexico to traditional Jewish dishes, adding chilies to gefilte fish and tropical spices to chicken soup. In Mexico City today, kosher consumers can enjoy Mexican staples embraced by the Jewish community such as quesadillas (corn tortillas that are filled, folded and fried), flautas (tortillas that are rolled and fried), sopes (fried circles of cornmeal dough), chalupas (cups of fried cornmeal) – all filled with Mexican delicacies such as queso (cheese), nopales (cactuse), frijoles (refried beans), salsa, and guacamole. Even street food has been available at kosher stands in Mexico City, ensuring that Mexico’s Jews don’t miss out on their country’s delicious snacks.

Intermarriage rates are among the lowest in the world: 94% of Mexican Jews marry other Jews. Approximately 95% of Mexican Jews are affiliated with the Jewish community, and about 95% of children attend one of the community’s sixteen different Jewish schools.

Rates of anti-Semitism remain low. In June 2003, then-President Vicente Fox passed a law that forbids discrimination, including anti-Semitism, adding a greater level of security for Mexico’s 40,000+ Jews. Jewish community leader Renee Dayan-Shabot was in the Mexican Senate the day the law was passed. “It came time for any arguments against the law,” she recalls, “and there was complete silence.” Then, as now, Mexico embraced its small but vibrant Jewish population.

The Bagel Theory
Scientific Curiosity and the Divine Encounter
Mind Over Milkshakes
Love the Convert
Comments
MOST POPULAR IN Israel
Our privacy policy
Aish.com Is Looking for Great Writers