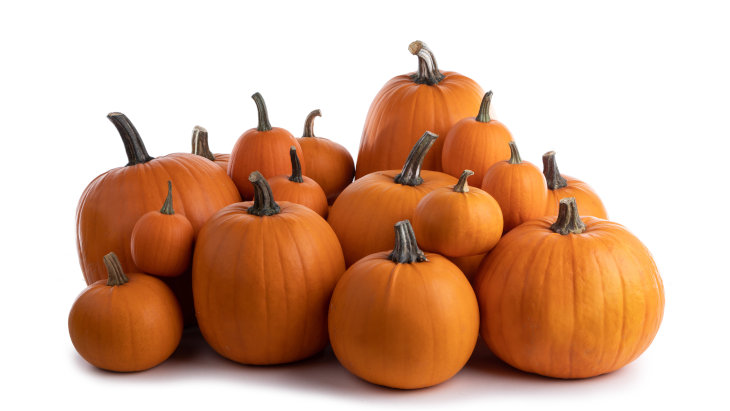 Plus two delicious pumpkin recipes with a Jewish twist.

The colorful pumpkins filling grocery stores these days are a beautiful harbinger of autumn and an integral part of the season. Pumpkins are also a quintessential element of Sephardi Jewish cuisine – in fact, it was Sephardi Jews who first popularized pumpkins 500 years ago.

Archeologists have found evidence that pumpkins were cultivated in present-day Mexico thousands of years ago. These early pumpkins were very different from the succulent orange fruits we enjoy today: they were smaller, pale, and had a bitter taste. Nonetheless, early pumpkins were a great source of vitamins, and their thick skins meant that they could be stored with ease all winter long.

Pumpkins were so versatile and nutritious they were among the very first New World fruits brought back to Europe by Spanish explorers in the 1500s. Although Spain in the 1500s banned Jews from living in the country – all of Spain’s Jews had formally been expelled in 1492 – many Jewish merchants in Southern Europe maintained ties with Spanish traders. (Some secret Jews remained in Spain, living Jewish lives in private under pain of death – these were referred to by their Christian neighbors as Marranos, or pigs, indicating the contempt with which Jews were widely viewed in Catholic Europe at the time.)

The many Jews who traced their roots to Spain were called Sephardi, or Spanish Jews. Thousands of them had scattered throughout southern Europe, Portugal, the Netherlands, and North Africa. That meant there was a ready-made network of Jewish traders with ties to Spanish fleets who were able to sell exotic fruits and vegetables that Spanish ships were bringing back from the New World. According to food historian Gil Marks, “Sephardim and Italian Jews began selling pumpkins” in Europe – the very first European merchants to do so. (Quoted in Encyclopedia of Jewish Food by Gil Marks. John Wiley & Sons: 2010).

Sephardi and Italian Jews didn’t only sell pumpkins, they embraced this new fruit with gusto. Soon, Jews all over southern Europe and the Middle East were cultivating and eating pumpkins – often, years before their non-Jewish neighbors started eating them. Jewish cookbook writer Joyce Goldstein has posited that the poverty of Jewish communities might have driven them to adopt new ingredients, especially pumpkin, with its hardy nature and high vitamin content, was a great way to stretch food budgets further in Jewish households.

Some of the most popular pumpkin dishes began as Italian Jewish specialties.

Cookbook historian Claudia Roden notes that the Jews of Italy, in particular, embraced pumpkin as soon as it appeared in Europe. “The pumpkin has been associated with the Jews since the early days of its arrival in Italy,” she notes. Italian Jews “had a special familiarity with it through their Marrano and Sephardi connections, who dealt with New World and Spanish and Portuguese products. And they always had a special fondness for it.” Soon, pumpkin was considered a quintessential Jewish food in Italy, as Italian Jews experimented with adding it to many of their festive and holiday dishes. Pumpkin was eaten on Rosh Hashanah, Shabbat – and deep fried Pumpkin Fritters became a Hanukkah specialty among Italian Jews. (Quoted in The Book of Jewish Food: An Odyssey from Samarkand to New York. Alfred A. Knopf: 1996).

Some of the most popular pumpkin dishes began as Italian Jewish specialties. Pumpkin-stuffed ravioli, for instance, started out as a Jewish delicacy in the town of Mantua in the 1500s. Pumpkin pie was a specialty of the Jews in the Veneto region of Italy.

The English word for pumpkin grew out of the French term for pumpkins: “pompions”, or pom poms. Many Jews called them by the Arabic name for squash, however: “qara”. This sounds a lot like two Hebrew words. Likroa in Hebrew can mean rip up or tear; it can also – with a different spelling – mean to read.

This coincidence in the way the words sound led to a beautiful custom of some Jews to eat a piece of pumpkin or another squash on Rosh Hashanah, then to recite a brief prayer asking God to “tear up” any evil decree against us, and for our merits to be read out in the Heavenly Court.

Some Jews also considered pumpkins symbolic on Rosh Hashanah for other reasons. Just as pumpkins’ thick skins protect them from harm, so too do we wish for Divine protection for us. Food historian Claudia Roden notes that some Sephardi Jews believe pumpkins’ cheery golden color “represents happiness and abundance for the year ahead.” Many Sephardi Jews make delicious jams out of pumpkin to eat on Rosh Hashana – and all year round.

A Jewish World of Pumpkin Recipes

As pumpkin became popular throughout the Jewish world, many different Jewish communities embraced pumpkins, putting their own individual mark on beloved pumpkin recipes. Food historian Gil Marks notes that pumpkin is one of the most popular ingredients in the Jewish world. “It is...used to fill pastries, such as empanadas, and mixed into bread dough for bollos. Bukharan (Jews) enjoy oshee tos kadoo (stuffed pumpkin) for the Sabbath and Sukkot. Sopa de gra y chimra (pumpkin and chickpea soup) is a traditional Rosh Hashanah and Sukkot dish in Morocco. Libyans make a pumpkin dip (qara)... The Bene Israel of Mumbai use pumpkin to make a curried stew and a pudding-like confection.”

Despite pumpkin’s long centrality in Sephardi Jewish cooking, many Eastern European Jews embraced pumpkin only once they came to America – ironically, as a way of assimilating. Pumpkin pie was seen as a quintessentially American Thanksgiving dish, and many Jewish immigrants learned to bake and enjoy it as a way of fitting into wider American culture.

A 1947 recipe in the Yiddish language newspaper Forverts was typical of the push to embrace pumpkin pie as an all-American dish and a path to shedding Old-World traditions.

In November 1954, KFWB in Los Angeles aired a radio play called “A Pumpkin Pie for Thanksgiving” about a poor Jewish immigrant family who must learn about Thanksgiving – especially pumpkin pie. Mendel, the father, was a rabbi in the old country, but in America he’s going to night school to learn a new profession. “The (Thanksgiving) dinner,” he learns in his nighttime English classes, “must have turkey and pumpkin pie.” Mendel laboriously goes to the market and looks up the English word for pumpkin in his “English-Jewish dictionary.” When his Old World-looking wife protests, asking sarcastically why Mendel needs to have a pumpkin on Thanksgiving, he explains “When I eat matzo on Passover, I feel like a Jew – and when I eat pumpkin pie on Thanksgiving, I’ll feel like an American!”

Today, of course, many American Jews do enjoy American-style pumpkin pie. It’s ironic, however, that this dish with such strong roots in Jewish history has come to be seen as a purely American specialty.

This year, consider enjoying pumpkin with a Jewish twist. Here are two traditional Jewish recipes for unusual pumpkin desserts. They are different from the American-style pie featuring pumpkin spice mix, and offer intriguing new flavors and ways to enjoy this delicious gourd.

Peel the pumpkin, remove seeds and stringy bits, and cut it in pieces. Put these in a pan with a tight-fitting lid with about ½ cup (125 ml) ow water, and steam for 20-30 minutes, until soft. Then, if any water remains, cook with the lid off until the liquid disappears.

Make a stiff bechamel sauce: melt the butter ina pan, add the flour, and stir vigorously for a few minutes, then add the milk gradually, stirring all the time to avoid lumps, and simmer for about 8 minutes.

Mash the pumpkin to a puree with a fork. Add the rest of the ingredients (except the butter and four for the pan) and beat. (You may blend everything together to a cream in a blender or food processor.) Taste to adjust the flavoring. This is all-important with pumpkins. They grow particularly sweet in the Veneto (region of Italy), and that is why you will probably need to add sugar to approximate the taste. Pour into a greased and floured, preferably nonstick, baking dish or mold and bake at 350 degrees F (180 degrees C) for aout 45 minutes. Turn out and serve hot.

(From The Book of Jewish Food: An Odyssey from Samarkand to New York. Alfred A. Knopf: 1996.)

In a bowl, whisk together the flour, sugar and spices. In a separate large bowl, mix the eggs and pumpkin. Add the dry ingredients to the wet and mix well until smooth. Heat about ¼ in cup of oil in a large skillet over medium heat. The oil is ready when a drop of water spatters in it.

Add the batter to the hot oil by very full tablespoons. With the back of the spoon, slightly flatten and spread each patty into a circle as you add it. Cook about 3 minutes per side, flipping only once, until each patty is a deep golden brown. The patties will be crispy on the outside and soft on the inside. Drain well on paper towel.

Best when served immediately, drizzled with warm honey or date syrup or sprinkled with powdered sugar. Cooked patties can be kept warm in a 200-degree oven for up to 30 minutes on top of wire cooling racks placed on a baking pan.