Stranger on a Train 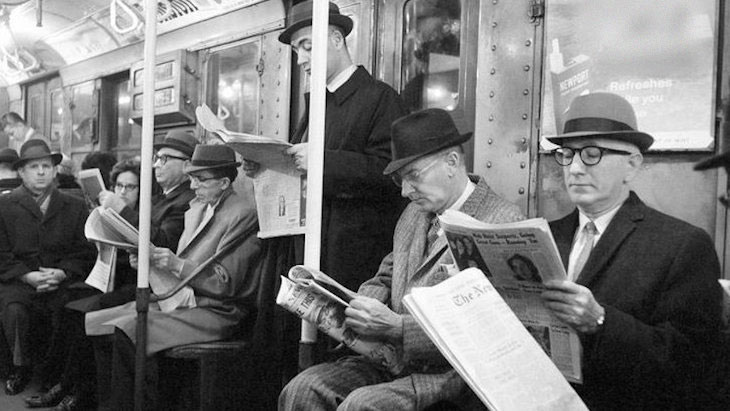 A serendipitous encounter with a Hungarian survivor leads to an incredible reunion.

Marcel Sternberger, a photographer, was a creature of habit. He used to take the 9:09 Long Island Railroad to Woodside every morning. But on the morning of January 10, 1948, he didn’t do it. He decided to go and visit a sickly friend who was dying. He wanted to pay him a visit because he knew he wouldn’t be around that much longer. As a result, Marcel hopped on a different train – a train that he had never ridden before.

As he got on another man got up hurriedly to leave. This left a vacant seat which Marcel managed to get. Sitting next to him was a man who was reading a Hungarian newspaper. Marcel Sternberger, being of Hungarian decent himself, eventually struck up a conversation with the fellow. He asked the stranger what he was doing in New York City. The man replied that he was in the city looking for his wife.

“What do you mean, you’re looking for your wife?”

The stranger then said, “Well, my wife and I used to live in Dubreken in Hungary. During the war, I was taken away and made to work in the Ukraine burying the German dead. In time I managed to escape and run back to freedom. When I returned home, I found that my wife had also been taken away by the Nazis. One of the neighbors said they thought she had been taken to Auschwitz and therefore she would have been killed in the gas ovens.” 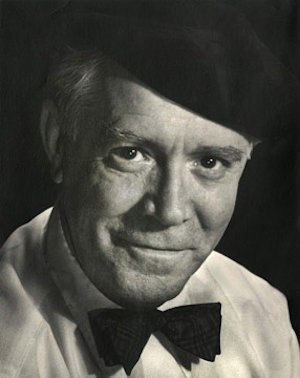 Someone else told him that they thought that the Americans had arrived in time to save some of the prisoners and had taken some of them to America. His wife might have been among those that were rescued. He said, “By a long shot, I’m hoping my wife is here.”

Marcel Sternberger kept listening to this story. The more he listened, the more familiar the account sounded to him. He asked, “What is your wife’s name?”

The stranger said, “My wife’s name is Maria. My last name is Paskin. It’s Maria Paskin.”

Sternberger took out his wallet and found a dog-eared piece of paper. As he looked down he saw the name Maria Paskin with a telephone number. He had met the lady at a party some time back. She had shared with him the same story that he had just heard. For some reason, he made a note of her name and number.

Marcel then said, “Look, I want to do something for you now. What is your name?”

He said, “My name is Bela Paskin.”

“Bela, get off with me at the next station.”

As they got off of the train, Marcel went over to a phone and called the number on the dog-eared piece of paper. After many, many, rings a feeble voice answered the phone. Marcel asked if he was speaking to Maria Paskin and she said that he was. He then went on to say, “Maria, my name is Marcel Sternberger. We met some weeks ago.”

She said that remembered him. He said, “Can you tell me what your husband’s name is?”

Rather shocked, the lady answered, “My husband’s name is Bela Paskin.”

“Can you tell me a little more about him?” 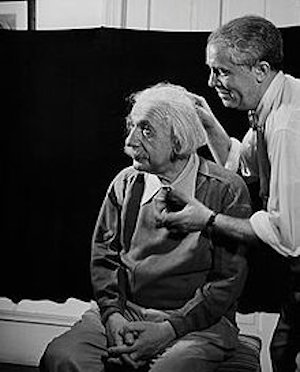 Again, the two stories were identical. Sternberger said, “Just a moment, I think you’re about to witness one of the greatest miracles you will ever see.” Then, as Marcel held on to the receiver, he called Bela Paskin into the booth and he said, “Would you please speak to this person?”

Marcel Sternberger took him away from the telephone and hailed a taxi. He was going to go with his new friend to be a part of the moment when he decided that the occasion was too sacred for him to witness. So he put Bela Paskin into the cab, paid the taxi driver, told him where to take him, and sent him on to the reunion of his dreams.

This story originally appeared in Readers' Digest in 1948.

The Odd Odyssey of a Country Club Jew

From Mountain Mama to Yiddishe Mama

Ivy League Trap
It Takes A Lot Of Faith To Be An Atheist
How Instagram Brought Back This Nostalgic Soup
What Makes Eli Run?
Comments
MOST POPULAR IN Spirituality
Our privacy policy