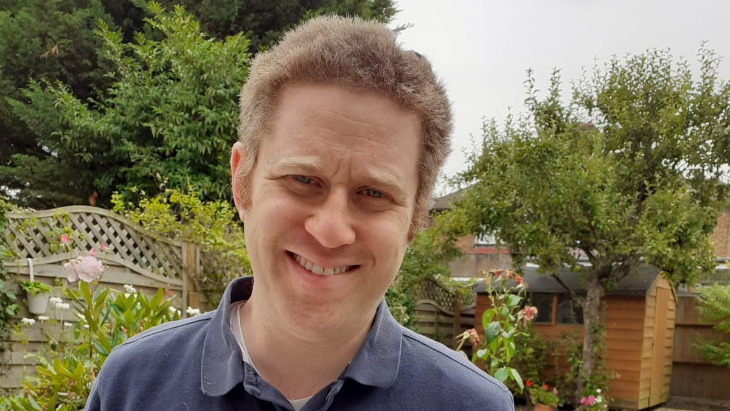 I look forward to a day when Asperger’s Syndrome is better understood within the Jewish community.

Congratulations to Daniel Saunders for winning a Simon Rockower Award for Excellence in Jewish Journalism for this essay.

I was recently diagnosed, at the age of 37, with Asperger’s Syndrome, also known as high-functioning autism. It resolved years of questions I had about myself: why I struggled to make friends, build a career or get married, but raised many more questions about my future.

Asperger’s Syndrome manifests differently in different people, but is mainly characterised by difficulties in communication, empathy and sensory sensitivity. I could fill several pages with symptoms, but here are some of the more challenging ones for me.

I need a longer processing time for spoken communication than most people, sometimes leading to a noticeable delay in response in conversation and problems remembering long lists of spoken instructions. Implicit instructions can be hard to pick up too. I have great difficulty with non-verbal communication, including body language and eye contact. In spoken conversation I often come across as hesitant and uncertain.

Small talk in particular leaves me confused, as it is conversation with no obvious purpose or meaning, something that makes little sense to me. I am unable to pick up the non-verbal cues hidden within small talk, the hints of mutual interest and concern that express emotions more than words do. The more people in a conversation, the more confusing it gets to keep up with it, like juggling more and more balls.

People on the spectrum can share the pain of others. It's understanding how to help that we find so hard.

Autism and Asperger’s are often associated with a lack of empathy, but it is lack of a particular kind of empathy. People on the spectrum can share the pain of others, sometimes to a great extent, even being moved to tears by sad movies. It is the cognitive empathy of putting ourselves into someone else’s position to understand what they need to help ease their pain that we find so hard, rather than the emotional empathy of sharing their pain. This can lead to the uncomfortable situation of feeling the pain of others without knowing what to do to help. It is not just understanding the pain of others that is hard, but even understanding and expressing my own emotions can be a challenge.

Sensory sensitivity can be an issue for those of us on the spectrum too. We can be overwhelmed by bright lights or loud noises. I struggle to filter out background noise. It is impossible for me to hold a conversation in a room where the radio or some other source of noise is on in the background because I cannot filter it out. Touch can be a challenge too; sudden inadvertent or surprising touch is jarring. However, deep pressure, as when I wrap myself in my weighted blanket, can be soothing and reassuring. 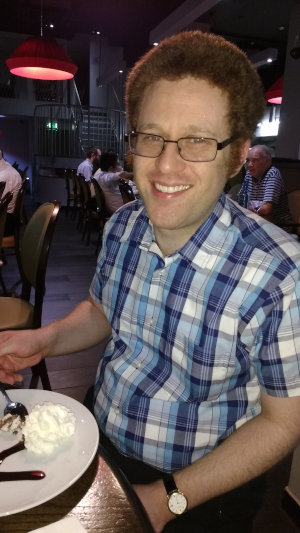 Too much sensory or emotional stimulation can lead rapidly to burnout, with low mood and energy or, for some people, meltdowns, uncontrollable outbursts of emotion. Like many people on the spectrum, I’ve suffered for years with depression and social anxiety, and it is not hard to see why this is the case. If you were constantly subjected to bright lights and loud noises, and were surrounded by people who you just could not understand fully no matter how hard you tried, you would probably also develop a mental health disorder!

People on the spectrum often struggle with the world of work and careers. There are a few industries, such as IT and finance, that increasingly look for employees on the spectrum, deeming them to often have a good eye for detail and skill with numbers. The IDF even has a military intelligence unit composed entirely of autistic soldiers.

Nevertheless, autism manifests in many different ways, and for those of us not gifted with numbers, the workplace can be confusing and overwhelming. Over the last six years, I have moved from job to job, never working full-time and often feeling unhappy and overwhelmed in workplaces that were too noisy or required difficult levels of multitasking or interpersonal interaction.

Making friends without having much understanding of body language and small talk is difficult.

As you would expect with a disorder that makes communication difficult, socialising is a key problem area for many people on the spectrum. Making friends without having much understanding of body language and small talk is difficult. Like many people with Asperger’s, I have written “scripts” for myself to help me interact and converse for short periods, but I rapidly find myself running out of things to say, making me nervous with conversations that last more than a minute or two. It is hard to talk to acquaintances, harder still to have the skill to turn acquaintances into friends. I fear that many people interpret my social anxiety and autistic hesitations as aloofness or wrongly conclude that I do not want to talk to them.

Can the Jewish community be a source of support for those on the spectrum? It would be good if it could, but many of the difficulties people on the spectrum have are still present in the religious arena, for practical reasons rather than religious ones.

I find being given an aliyah in shul to be an overwhelming experience. With social anxiety, and difficulty rapidly changing between tasks, even simple ones, I find myself getting confused about what I am supposed to do and say and when to do it. I feel uncomfortable and exposed standing on the bimah in front of the whole community, which makes me more likely to make a mistake. 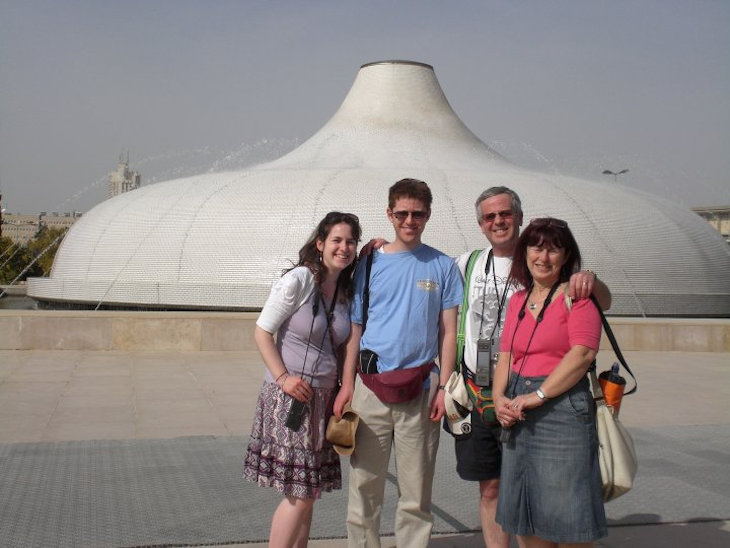 Daniel with his family at the Israel Museum in Jerusalem.

Noisy communal events, whether Kiddush in shul or celebrations can also be difficult. Crowded rooms can combine noise, inadvertent touch and lots of people, becoming very draining very quickly. It is hard for me to focus on individual talking to me. I become over-stimulated and withdraw to a quiet corner by myself or simply leave early.

Fortunately, for my sister's wedding, we were prepared, and my family made sure there was a “quiet” room for me where I could read when the noise and people became too much for me.

Dating is a problem on its own. As well as all the usual problems with social interactions (slow processing speed, long pauses, difficulty making eye contact, difficulty making small talk), it can be hard to get set up on dates when your community is aware of you mainly as the quiet guy in the corner who never says much and always leaves early.

It is definitely hard to see my peers in the community grow up, build careers, start marriages and have children while I feel left behind.

There are other advantages to being on the spectrum. I have a strong sense of personal integrity and a desire to be myself, even if I do not always have the courage to show it. Having difficulty comprehending my emotions has led me to work hard in therapy to gain understanding. Ultimately, I know myself than I would have done were I not on the spectrum. Also, living at home unmarried has let me spend lots of time with my parents.

Nevertheless, I look forward to a day when Asperger’s Syndrome is better understood within the Jewish community and people on the spectrum are able to feel more comfortable inside it.

The Western Wall: The Heart of the World
Big OnThe Little Things
Chraime Egg Boil
Is Grease the Word?
Comments