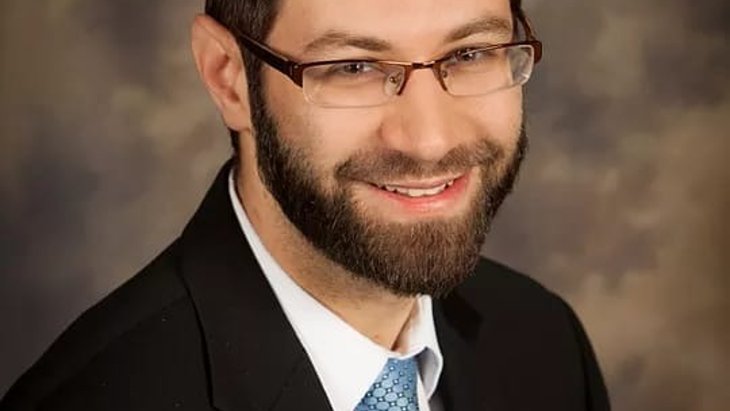 The teacher died trying to save a student from drowning in rough seas.

When Rabbi Reuven Bauman saw an 11-year-old student struggling in rough choppy water off the coast of a state park in Virginia Beach on July 9, 2019, he didn’t hesitate. Rabbi Bauman, a 35-year-old father of five, jumped into the water and swam towards the student to save him.

Rabbi Bauman was visiting False Hope State Park as he chaperoned about 20 campers from a local day camp. During the school year Rabbi Bauman taught 3rd, 7th and 8th grade students at nearby Toras Chaim school in Norfolk, Virginia.

It seems that as Rabbi Bauman struggled to reach the swimmer at least one other passerby jumped in to help as well. The student made it back to shore (some news reports say that there were several children), while Rabbi Bauman was swept out to sea.

The Coast Guard searched the rough seas all day for Rabbi Bauman, then reluctantly, after many hours, they called off the search. “It’s always a hard decision, and it’s not one we make lightly” explained Coast Guard Lt. Steve Arguelles at the time. The likelihood that Rabbi Bauman was still alive in the rough, dangerous seas was nil.

While the Coast Guard had given up on finding Rabbi Bauman’s body, a plethora of Jewish organizations refused to give up the search. Volunteers from New York, New Jersey, and Baltimore came out with boats, jet skis and even several small airplanes and helicopters to repeatedly search the waters off the beach where Rabbi Bauman disappeared. Volunteers brought what equipment they could. Those with no access to boats or aircraft walked the beach, looking out at sea in case they could find any of a person floating in the water.

Volunteers searched right up until Shabbat, three days after Rabbi Bauman disappeared, then resumed searching the waters on Sunday once more.

Meanwhile, Jews across the world did what they could too, reciting Psalms, donating charity and praying for his rescue, or at least that his body might be found. “Please stop what you are doing and say Tehillim (Psalms) chapter 69 right away” for Reuven Tzvi ben Esther Baila was an urgent message that came up on my Facebook feed, hundreds of miles away. The same message reached thousands of other women too, as it was shared and sent thousands of times around the world.

As Jewish organizations refused to give up searching for Rabbi Bauman’s body, a virtual army of thousands of Jews across the world prayed and hoped and worked doing mitzvot and studying Torah on his behalf. If we couldn’t save him, at least we hoped his body might be found and he could receive the dignity of a proper funeral.

“The hundreds of thousands of tefillos (prayers) from all of Klal Yisrael (the Jewish people) have given our community, the family, and our children unnatural strength during this difficult time,” wrote Rabbi Sender Haber of Norfolk’s B’nai Israel Congregation. For five days, the tight-knit Jewish community prayed for a miracle; the surge of support they received from Jews around the world helped them to not give up hope.

Finally, on Sunday July 14, Rabbi Bauman’s body was found by volunteers from Misaskim, a Jewish organization that aids people in crisis based in Brooklyn. After days of agony, Rabbi Bauman’s family will be able to make plans for his funeral and begin to sit shiva.

“He acted heroically,” explained Coast Guard Lt. Arguelles, who led the Coast Guard’s search. Giving his own life to save others, Rabbi Reuven Bauman exemplified all that’s best and most noble. He lived and died a hero. May his memory inspire us all.

Click here to contribute to the Bauman Family Fund.

For those who are interested in passing on any messages to Mrs. Bauman or any of the Bauman/Stern families, an email address has been created for this purpose at comfortforbaumanfamily@gmail.com

The Meaning of Some Common Sephardic Last Names

Anti-Semitism on the Street
Near Death Experience Panel
The Western Wall: The Heart of the World
Ask the Right Question: Tisha B’Av
Comments
MOST POPULAR IN Israel
Our privacy policy
Aish.com Is Looking for Great Writers