Some Amazing Facts about Jewish History 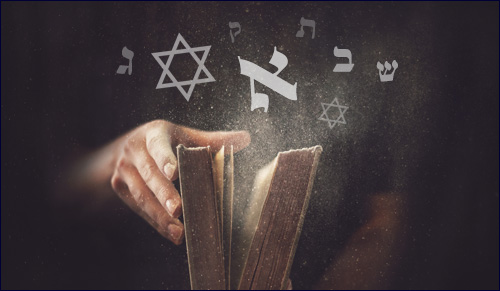 You'll never look at these stats and figures the same way.

Some of the most famous events in Jewish history are more recent than many people realize. Here are few startling statistics to give an idea of when seminal Jewish events took place.

In 36 BCE, King Herod, a controversial ruler of Israel who desired to burnish his image, undertook a major renovation of the Temple in Jerusalem, completing his work in the year 11 BCE. The new building was so breathtaking, sages declared “He who has not seen Herod’s edifice has not seen a magnificent edifice!”

The famed Pyramids of Giza were constructed between 2575 and 2465 BCE. Walmart was founded in 1962. Final renovations to the Temple in Jerusalem were completed 2,454 years after the Pyramids and 1,951 years before the first Walmart.

Moses lived closer to the building of the bustling metropolis of modern London than he did to the founding of ancient Egypt.

Moses lived 1393-1273 BCE. London (originally Londinium) was founded by Roman forces, who invaded Britain in 43 CE. By the Second Century, London was a bustling town. London Wall was started circa 200 CE; that same period saw the building of timber quays and public buildings along the Thames.

The empire of ancient Egypt is generally dated to the start of the First Dynasty, in 2925 BCE. Thus Moses lived 1,532 after the founding of the ancient Egyptian empire, and 1,473 years before traders strolled along the bustling commercial buildings in the heart of London.

More people live in Jerusalem today than in all of Israel when it was established.

When Israel was founded on May 15, 1948, just 806,000 people called the fledgling Jewish state home. By the end of 2015, 870,000 residents lived in Israel’s bustling capital. (And given the number of construction projects that dot the city, that number is set to grow.)

The Talmud was redacted closer to the invention of modern printed books than to classical works like The Odyssey. The great Jewish sage Rashi lived closer to Harry Potter than to Plato.

The Oral Law is timeless; it was revealed to Moses on Mount Sinai. For generations, it was passed from teacher to student verbally. In the years after the destruction of the Temple in Jerusalem however, at a time when many Jews were forced into exile in Babylonia, sages began to commit the Talmud to writing to ensure it would not be forgotten. The Babylonian Talmud was edited in its current form in the year 500 CE. That makes it much closer to the invention of the printing press in the 1430s than to ancient classics such as the Iliad and Odyssey (written by the Greek poet Homer in either the 9th or 8th Centuries BCE, according to Encyclopedia Britannica). Rashi lived 1040-1105 CE.  That places him much closer to Harry Potter (first published in 1997) than to the works of Plato (428-348 BCE).

With a tragic gap of about 70 years, a Jewish Temple stood in Jerusalem for 897 years, from the time King Solomon dedicated the first Temple in 827 BCE, until its final destruction by Roman Forces in 70 CE. (The Temple was destroyed by Babylonian invaders in 423 BCE; construction for a second Temple on the same spot began seventy years later.)

The Roman Empire, in contrast, is commonly dated from 27 BCE, with the demise of the Roman Republic, to 476, when the final Roman Governor was deposed by invading German tribes.

The family of Judah the Maccabee, who defeated Greek forces to rededicate the holy Temple in Jerusalem on Hanukkah, ruled Israel for 102 years, from 138 BC, the date of the Hanukkah miracle, until 36 BCE, when the Edomite King Herod murdered King Antignus and seized the crown for himself. The Soviet Union by contrast, lasted from 1922 until 1991, or 69 years.

Israel, at 68 years old, is longer lasting than the Austro-Hungarian Empire, which endured from the “Ausgleich” (“Compromise) between Austria and Hungary in 1867 and lasted until the empire’s collapse in 1918.

Rabbi Akiva, the great sage of the Talmud, lived closer to the establishment of the League of Nations than he did to the promulgation of Hammurabi’s Code.

Rabbi Akiva (50-137 CE) lived closer to the establishment of the League of Nations, in 1920, than to the famous ancient system of laws named after the Babylonian ruler Hammurabi, who lived 1792-1750 BCE and promulgated a set of laws and punishments that is still studied by historians today. Rabbi Akiva was born 1,800 years after Hammurabi’s death, and 1,783 years before the League of Nations was established.

As many Jews have immigrated to Israel since 1948 as left Egypt during the Exodus.

Since the founding of the modern State of Israel in 1948, a little over three million Jews who moved to the country: 3,181,861 by 2015 to be precise. That is the approximate number of Jews who left Egypt during the Exodus. The Torah records that 600,000 adult males alone left Egypt (Exodus 12:37). Rabbi Yonatan ben Uziel notes that the number of all Jews who fled Egypt, including children, women and men, was 3 million.

When Israel elected its first female prime minister, Switzerland still had not given women the vote.

Were Our Prayers in Vain?

It’s Not about Israel; It’s about Being a Jew
The Grand Mufti of Jerusalem and the Holocaust
The Connection between Israel and the Jewish People
Grit and Torah
Comments
MOST POPULAR IN Jewish Society
Our privacy policy