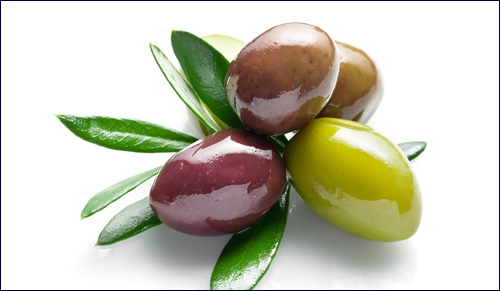 There’s more to olives than the Hanukkah miracle.

Hanukkah menorahs recall the miracle of the olive oil, when one small flask of oil, enough to burn for only one day, burned for eight days. Here are 17 facts about this amazing fruit.

1. Olives are one of the Seven Species of the Land of Israel 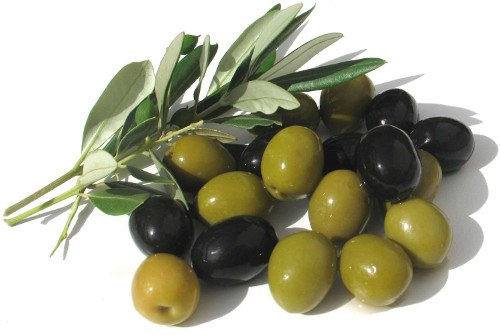 These are the seven foods that Israel was praised for in ancient times (and still produces today). As Moses described to the Jewish people before they entered the Land of Israel: God is bringing you to “a land of wheat, barley, grape, fig, and pomegranate; a Land of oil-olives and date-honey….” (Deuteronomy 8:8).

After the Flood, Noah sent a dove forth from the Ark to circle the earth and find out whether there was yet dry land. When the bird brought back a branch of an olive tree, Noah realized that plants were growing once again. Ever since, olives have symbolized the hope for a peaceful future. 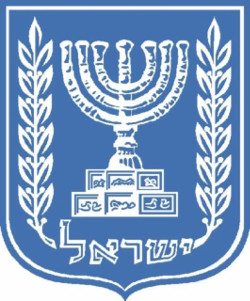 3. The Seal of the State of Israel features olive leaves and a menorah

The official symbol of the State of Israel shows the golden Menorah that stood in the ancient Temple in Jerusalem and the leaves of olive plants whose oil used to illuminate it night and day, an symbol of God’s everlasting protection of His Jewish people.

4. Olive plants can live for thousands of years 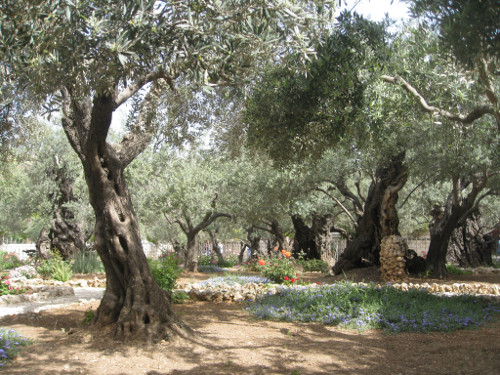 Olive trees in the Garden of Gethsemane (the name means “Olive Press” in Hebrew), at the foot of the Mount of Olives in Jerusalem, are over two thousand years old, and still bear fruit.

5. The Jewish people are compared to olive trees and olive oil

Rabbi Yehoshua ben Levy taught “Why is Israel said to be like the olive tree? To tell you that even as the leaves of an olive tree fall neither during the summer nor during the rainy season, so Israel will never cease to be, not in this world nor in the hereafter” (Talmud, Menachot 53B).

The Jewish people are also compared to olive oil, which doesn’t typically mix with other liquids, but stays separate and distinct.

The olive tree’s long roots penetrate deep into the earth, reaching damp soil even during hot, dry summers. Olives are thought to be native to northern Israel and southern Syria, and are ideally suited to the hot, dry weather of the Mediterranean region.

Olive trees can produce surprising amounts of oil. A single tree can produce up to 20 gallons of oil per year.

In both ancient times and today, making olive oil is a slow, laborious process. In ancient times, olives were crushed with a wheel. The resulting pulp was placed in woven baskets and squeezed in a press, yielding rich olive oil that flowed out of the basket’s many holes. This process could take days. Many olive presses have been excavated throughout Israel, attesting the central role this food played in ancient Israel.

According to the 17th Century Jewish sage Malbim, the “olive represent light because it brings forth oil for a lamp, which represents the light of wisdom and Torah, and light is called good” (Malbim, Judges 9:8)

When the ancient Temple stood in Jerusalem, its beautiful wooden doors were built of fragrant olive wood.

Excavations between 2011 and 2013 in En Zippori in northern Israel yielded ancient clay jugs. Scientists from the Hebrew University of Jerusalem and the Israel Antiquities Authority tested shards of the jugs, revealing traces of ancient olive oil inside, dating back thousands of years and were used for the storage of olive oil.

Olive oil was the fuel used to light the golden Menorah in the ancient Temple in Jerusalem. Olive oil was used not only as a food in ancient Israel, but also as a medicine, an ingredient in cosmetics, and as fuel. Thousands of ancient olive oil-burning pottery lamps have been excavated throughout Israel, indicating the fuel was widely used in family homes.

Even today, a “k’zayit” (literally “like an olive”) is a unit of measurement used in calculating amounts of Jewish ritual foods such as challah, matzah and wine.

14. Olive oil in the Spanish Inquisition

During the Spanish Inquisition, cooking with olive oil (instead of lard) was considered a sign that someone was a secret Jew.

Long overshadowed by other olive oil-producing states, Israeli olive oil was finally recognized as the world’s best in 2013, at the Olivo Mediterranean International Extra Virgin Olive Oil Competition, held in the Jewish state. The contest drew 489 entries from 21 countries. A panel of 25 judges announced Meshek Achiya, an Israeli producer, the overall winner.

In recent years, Israeli growers have vastly expanded the number of olive groves in the Jewish state. Israel now has about 81,000 acres of olive production. Each year, between 15,000 and 16,000 tons of extra-virgin olive oil are produced in Israel. Almost all of it is for domestic consumption: Israel exports only about 1,000 tons of olive oil each year.

Some producers credit Israeli ingenuity for the Jewish state’s superior olives. As the world’s leader in water recycling, much of Israel’s olive crops are irrigated with brackish (salty) water and with purified wastewater. This adds natural fertilizers to the soil. Also, Israeli growers have been proactive in cross-breeding olive varieties, producing hearty plants with superior taste.

Why Not Intermarry?
Olivia Newton John’s Grandfather was a Nobel-Prize Winning Jewish Physicist
Don’t Believe in Other Gods Versus God is One
Seeing Without Eyes
Comments
MOST POPULAR IN Israel
Our privacy policy
Aish.com Is Looking for Great Writers