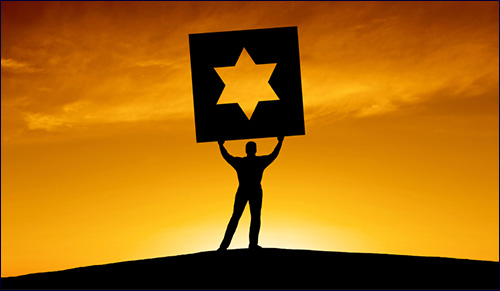 We have a duty to educate the world. Here is one survivor’s harrowing story.

Recently, 8th grade students in a school district in California were asked to decide, based on information given to them by their teacher, if the Holocaust happened or if it was a 'scheme for monetary gain.' Rabbi Yaakov Salomon called this "blatant anti-Semitism, coming in the Rialto school system whose superintendent is Mohammed Z. Islam."

How do we as a Jews respond? I submit to you thoughtful readers that educating our own community and the world about what really happened a mere 75 years ago is the best approach. We have a duty to teach the world, an obligation that has become even more acute with the release of ADL’s new survey on global anti-Semitism that reveals that almost half of the world’s adults never heard of the Holocaust and over a quarter hold anti-Semitic views.

There is no simple way to begin to grasp the enormity of 6,000,000 innocent Jews being murdered by the Nazis just because they had Jewish parents. But one man's account may be a start.

Eugene Heimler is a remarkable man who survived Auschwitz-Birkenau, Buchenwald, Tröglitz and Berga-Elster, and lived to be an eloquent witness to the world and write about this unimaginable horror. Heimler became a psychiatric social worker and therapist and developed a model for overcoming trauma based on his experiences in the camps. He wrote about his experiences with a poet's sensitivity and realness. 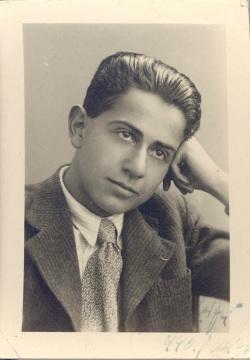 Eugene Heimler's book, Night of the Mist is a heart wrenching classic; it is the best way I have found of getting through to the current generation who think of 1940 as ancient history.

One incident will hopefully be enough to confirm the realness of this tragic time for the world:

And while all this flashed through me, someone leaned towards me and whispered in my ear the same words I had heard from the apparition that morning: ‘After the roll-call get away from Barrack No. 17. Danger….’

A harsh shout brought me back to my senses. The ‘Appel’ was over. People were slowly dispersing. I knew that something was about to happen, that I had to do something. Half-conscious, I stumbled towards the electrified fence.

A long ditch ran between the electric fence and the back entrance of the barracks. If someone could no longer bear his dreadful existence and deliberately touched the live wire or chanced to rush against it in a fit of nerves, his body, struck dead in an instant, fell into the ditch and lay there until the “Sonderkommando’ came to take it to the crematorium. It was in this ditch that I took refuge after the Appel was over. Feigning death, I lay there motionless. Yet I did not understand myself why I did so: some unknown power seemed to have benumbed my senses, holding my thoughts and movements in suspension.

I had been lying there for a long time, watched only by the glassy stare of several corpses, when suddenly I became aware of a loud rumbling. Till then I seemed to have been in a coma, but this noise brought me back to full consciousness. I recognized it immediately – SS lorries were rolling into the camp. Almost at once they pulled up sharply before Barrack No. 17. The night was dark; only the headlamps of the lorries lit the scene. I held my breath and listened. Curt words of command were clearly audible. I knew what they meant: no one might leave the barracks.

With rifle butts, whips and bare fists they goaded my comrades from the barrack into the lorries. Now and again a shot echoed through the night. The minutes seemed endlessly long. Suddenly I sensed that someone was approaching the ditch.

“Well, what are we to do with these carcasses?” I could recognize the SS soldier by his voice as he addressed his companion. I did not dare to move my head or to look up out of the ditch. I lay there, my arms spread like the other dead bodies. His torch wavered over the corpses. “Look, that one’s still moving,” he yelled. “He’s moving, the stinking carcass.” Cold sweat broke out all over me. I knew that his machine-gun would be trained towards the ditch. I longed to cry out “No, not this way – I don’t want to die like this.” But I was paralyzed. A single shot rang out, followed by a dull groan, then quiet again. He must have finished off someone not yet quite dead – perhaps one of those who had been thrown into the ditch in the afternoon after having been nearly beaten to death.

Then the steps receded. They would probably make a special trip for the corpses in the ditch later on.

It was only now that I became aware of the screams and cries that filled the night. One after the other the lorries started off, loaded with human cargo for their fiery destination. The whispered stories that I had heard from the older prisoners about the gas chambers now hit me with dreadful reality. It seemed to be true after all – a thing which even here had seemed unbelievable.

Slowly I lifted up my head as the last of the lorries was passing through the camp gates with its wailing load. Barrack No. 17 gaped wide open in terrible emptiness. I had to get away from it, forget I ever belonged to it, get into some other barrack.

“Away, away from here…Quickly, quickly…”

On all fours I began to crawl along the ditch. I knocked into dead bodies – I climbed over them. My hands were smeared with their blood.

If after reading this blood curdling vivid depiction of one day in a concentration camp, anyone could deny the experience of millions of tortured souls, their hearts and souls must be made of stone.

But despite his unfathomable pain, Eugene Heimler did not become a bitter man. After much internal struggle he moved to England, became a therapist and started helping others overcome their trauma. With unbelievable courage, he even went back to Germany to work with the children of his torturers and began to create healing.

For anyone who wants to become educated about the Holocaust and healing from its wounds, I highly recommend three of Heimler's books, Night of the Mist, A Link in the Chain – A Journey from Auschwitz to Resurrection and Messages – A Survivor's Letter to a Young German. They are all newly published and information can be found on the Heimler website http://www.newholocaustliterature.com/

As Jews it is our responsibility to be a light unto the Nations and to heal the world in the Image of God. Let us use this opportunity in time to educate ourselves and the world about healing and overcoming the obstacles that stand between us.

Reuven Lewis grew up in California and received his B.A. and M.Ed. in Counseling from the University of California at Santa Barbara. He made aliyah in 2006 and is a Torah-based psychotherapist who lives in Jerusalem.

Angels in the Dark
The 21st President of the United States: Failure or Inspiration?
Hiding Their Jewishness
The Jewish Pope: Following the Questions Home
Comments