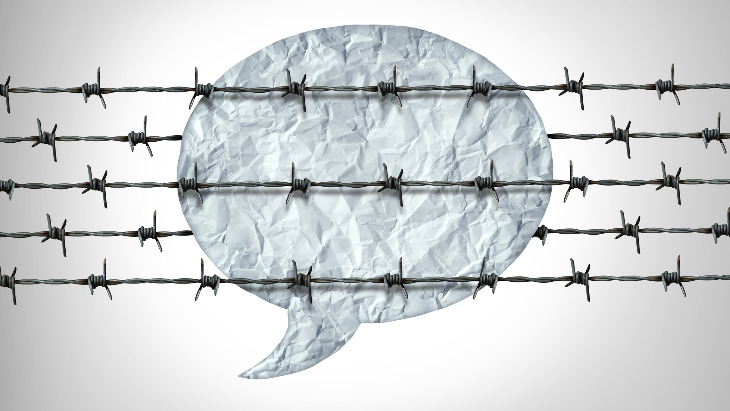 Holocaust denial is an explicit crime in 17 nations, among them Germany, Austria, Italy, Poland, and Israel. Canada is on the brink of becoming the 18th. Included in the federal budget that Parliament will pass in coming days is an amendment to the nation's criminal code making it illegal for anyone to publicly deny that the Holocaust took place or to justify or minimize the genocide of 6 million Jews during World War II. The measure has support across party lines; there seems little doubt that it will be enacted – perhaps as early as Yom Hashoah, the annual day of Holocaust remembrance, which returns Thursday. Whether it should be enacted is a different matter.

"There is no place for antisemitism and Holocaust denial in Canada," Marco Mendicino, the nation's public safety minister, told reporters earlier this month. "That's why we've pledged to prohibit the willful promotion of antisemitism through condoning, denying, or downplaying the Holocaust." The proposed change is backed by the Centre for Israel and Jewish Affairs, a leading advocacy group, and by Irwin Cotler, a former Canadian justice minister and a highly respected human rights activist.

I despise Holocaust deniers. They are contemptible antisemites and brazen liars who express their Jew-hatred through the grotesque project of rehabilitating the reputation of Adolf Hitler and Nazi Germany. In their eagerness to pervert history, they do more than insist, idiotically, that the most comprehensively documented crime in history never occurred. They also ridicule and taunt the innocent men, women, and children who were its victims. "I don't see any reason to be tasteful about Auschwitz. It's baloney, it's a legend," sneered the notorious Holocaust denier David Irving. "I'm going to form an association of Auschwitz Survivors, Survivors of the Holocaust, and Other Liars, or A-S-S-H-O-L-S."

My father was one of those survivors, the only member of his family to come out of Auschwitz alive. Until the day he died, his left arm was marked with the tattoo he received during the Nazi Selektion that designated him for slave labor on his first day in the notorious extermination camp. He died last year, coincidentally on the 76th anniversary of the liberation of Auschwitz. Anyone who denies, justifies, or minimizes the Holocaust is guilty of a vile rhetorical assault not just against truth but against my father and his martyred parents, brothers, and sisters. Those deniers deserve to be drenched with all the obloquy and contempt decent people can pour upon them. 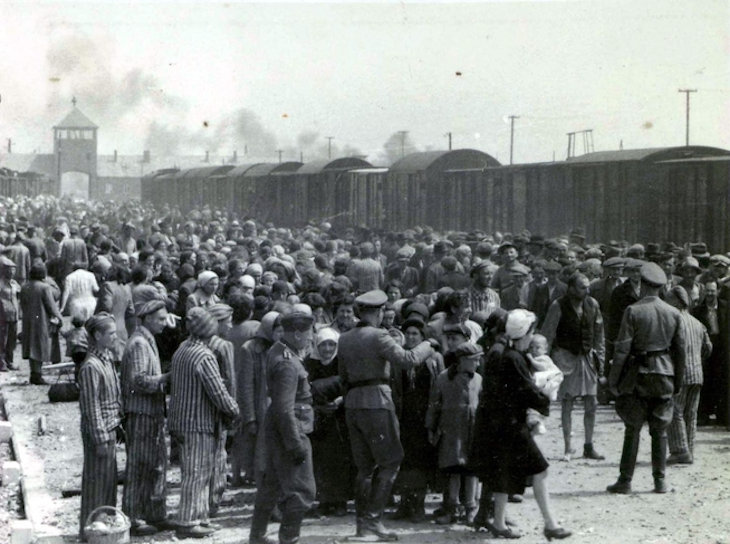 A photo taken on May 27, 1944, shows Nazi officials selecting prisoners on the platform at the entrance of the Auschwitz-Birkenau extermination camp.

But they do not deserve to be prosecuted as criminals, or punished by the state.

I oppose laws criminalizing Holocaust denial for reasons both moral and practical.

As an American, I cherish the First Amendment and the principle of unfettered expression it embodies. To ban something as odious as Holocaust denial may seem a modest price to pay to maintain a minimal level of social hygiene. Who is harmed, after all, if scurrilous hatemongers are forced to keep their malicious ideas to themselves?

The answer is that we are all harmed. It's dangerous to empower the state to punish ideas – even ideas that are cruel, obnoxious, and false. A government that can criminalize Holocaust denial this week can criminalize other opinions next week. "If there is any principle of the Constitution that more imperatively calls for attachment than any other," wrote Supreme Court Justice Oliver Wendell Holmes Jr. in 1929, "it is the principle of free thought. Not free thought for those who agree with us, but freedom for the thought that we hate."

That is the first reason Holocaust denial shouldn't be added to the criminal code. But it's not the only one.

Emory University historian Deborah Lipstadt, recently confirmed by the Senate as the new US envoy for combating antisemitism, makes the point that such laws amount to intellectual surrender. In a 2016 debate at Oxford University, Lipstadt argued that "laws against Holocaust denial suggest that we do not have the facts, figures, and extensive documentation to prove precisely what happened." Never was there a genocide more meticulously recorded by its perpetrators while it was underway or more comprehensively described by scholars and survivors in the years since.

When Gen. Dwight Eisenhower, the supreme commander of Allied forces in Europe, visited the Buchenwald concentration camp complex immediately after its liberation by US forces, he understood at once that the sights he was viewing were the antidote to what we now call Holocaust denial.

"I tremble at the thought that we might leave the regulation of ideas in the hands of politicians." – Deborah Lipstadt

"The things I saw beggar description," he cabled the Joint Chiefs of Staff. "The visual evidence and the verbal testimony of starvation, cruelty, and bestiality were so overpowering as to leave me a bit sick. . . . I made the visit deliberately, in order to be in position to give first-hand evidence of these things if ever, in the near future, there develops a tendency to charge these allegations merely to 'propaganda.'"

An immense ocean of evidence attests to the horror of the Holocaust and the scope of its evil – from contemporaneous notes made by liberators to oral histories recorded by thousands of survivors (including my father) to, not least, the powerful acknowledgments of German guilt by postwar German governments. That is the best response to Holocaust denial.

Proponents of measures like the one in Canada endorse a ban on Holocaust denial as a prophylactic against antisemitism. Their case would be stronger if the laws actually had that effect. Yet in all the countries that have made it a crime to lie about Hitler's war against the Jews, has antisemitism been suppressed? In many of them, it is surging. A ban on Holocaust denial and other antisemitic hate speech may be easy to enact. But there is no reason to think it will do any good.

Prosecution is no way for a free society to deal with haters who deny and distort the Holocaust – or any other historical truth. "I tremble at the thought," Lipstadt told her Oxford audience, "that we might leave the regulation of ideas in the hands of politicians." I do too. You either believe in free expression for people you loathe or you don't believe in free expression at all.

Has Social Media Us Made Stupid?

Regine: The Holocaust Survivor Who Invented the First Disco Club

Students Surprise Their Teacher with a Brand New Car
Vayelech 5783: Regret and Repent
Rabbi Sacks: Focus On the Important, Not the Urgent
Put Your Foot Down: Are Human Feet Poorly Designed?
Comments
MOST POPULAR IN Current Issues
Our privacy policy
Aish.com Is Looking for Great Writers