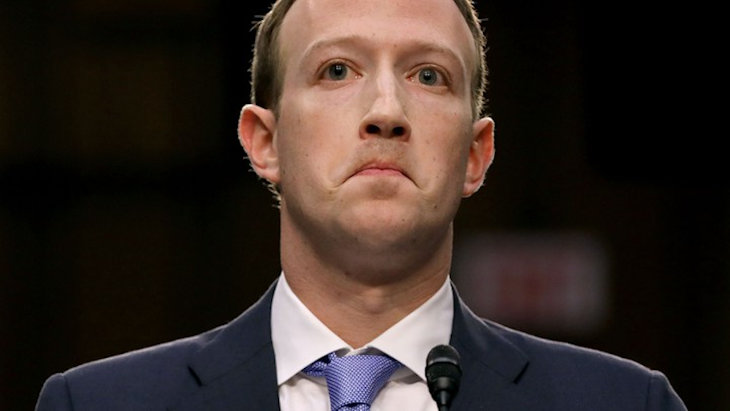 Enough is enough. Tell Facebook to say no to Holocaust denial.

That’s the message of the new campaign launched last week #NoDenyingIt. Its message is clear: Facebook – like too many other social media platforms – has become a cesspool of Holocaust denial and it’s time we all demanded that stop. No more denying the Holocaust on Facebook, or anywhere else.

“As a result of Facebook’s refusal to categorize Holocaust denial as a form of antisemitic hate speech,” the Anti-Defamation League (ADL) recently observed, “this (Holocaust-denying) rhetoric appears across the platform, including in both public and private groups specifically devoted to the topic… an ADL review clearly found explicit denial, as well as the hate-filled and conspiratorial antisemitism common to this philosophy.”

Facebook does maintain what it terms Community Standards, and provides a lengthy list on its website of posts that violate their standards and will be removed from the platform. This includes hate speech, which Facebook defines broadly as “direct attack(s) on people based on what we call protected characteristics - race, ethnicity, national origin, religious affiliation, sexual orientation, caste, sex, gender, gender identity, and serious disease or disability.”

Under these very guidelines it seems that claims the Holocaust never occurred can be considered hate speech. After all, if the Holocaust didn’t happen, then the tens of thousands of Jewish witnesses who watched as their mothers, fathers, sons, daughters and other loved ones were murdered - and told the world what happened in the Jewish ghettos and Nazi death camps - somehow must all be lying. If the Holocaust is a hoax, then the millions of Jews around the world today who continue to remember and mourn its victims would all be liars, participants in one of the greatest lies the world has ever seen.

That, in fact, is the claim of many Holocaust deniers, and this false and malicious slander that Jews somehow invented the Holocaust has done real damage to Jews and continues to put Jewish lives in danger today.

Accusing Jews of perpetrating a hoax of global proportions by inventing or exaggeration the Holocaust echoes age-old anti-Jewish tropes that Jews are all powerful and malevolent, and seek to lie to others and bend non-Jews to do their will. It’s a dangerous assertion and seeks to turn people against Jews, calling into question the most basic assumptions about Jewish culture, life and history.

For many Holocaust deniers, claiming that the Holocaust never occurred - or that it didn’t happen the way witnesses and historians claim - is a way to delegitimize the Jewish state. Israel has been central to Jews and Jewish thought for thousands of years, and Jews have lived in the land of Israel continually for all that time. During the Holocaust, a thriving Jewish community was building the land of Israel, openly calling for and fighting for an independent Jewish state. Yet many Holocaust deniers simplistically and inaccurately claim that Israel only came into being because of the Holocaust. If there was in truth no Holocaust, this way of thinking goes, then the foundation on which the Jewish state supposedly rests are without merit.

This line of reasoning is particularly prevalent in Europe, observes Dr. Elhanan Yakira, a Philosophy Professor at Hebrew University in Jerusalem, who earned his Ph.D. at the Sorbonne in Paris. European Anti-Zionists “posit falsely that the Holocaust is the universal and basic explanation for the existence of Israel and its conduct,” he notes; “The international community, they claim, would never have supported Israel...if not for the extortion based on the Holocaust…” (Quoted in Demonizing Israel and the Jews, RVP Press, New York: 2013).

Palestinian Authority President Mahmoud Abbas wrote a Holocaust denial book, claiming that instead of six million Jews being murdered, the figure was less than one million. He later explained his Holocaust denial in terms of political expediency: he was “at war with Israel” when he wrote the book, and deliberately lied about the Holocaust in order to foment Jew hatred and carry out violence against the Jewish state by every means possible.

Given this staggering level of ignorance and mistrust, it should be clear that denying the Holocaust is a form of hate speech, a cudgel used to call Jews liars and foment mistrust and hatred against us. In too many cases, claims that the Holocaust never happened are met with a shrug.

That’s what happened in an 2018 interview that Mark Zuckerberg, Facebook’s founder and CEO, gave to Karen Swisher, a writer with the online magazine Vox, about Facebook’s responsibility to police hate speech and remove factually incorrect posts from the site. “I’m Jewish,” Zuckerberg volunteered, “and there’s a set of people who deny that the Holocaust happened. I find that deeply offensive. But at the end of the day, I don’t believe that our platform should take that down because I think there are things that different people get wrong. I don’t think that they’re intentionally getting it wrong…”

It was a staggering claim to make from a man whose company has 2.6 billion active monthly users, making Facebook arguably the world’s largest forum for public speech and discourse.

After his claims that Holocaust deniers aren’t “intentionally getting it wrong,” Zuckerberg apologized but still refused to take down posts and even entire groups dedicated to denying the Holocuast. ”The best way to fight offensive bad speech is with good speech,” he claimed. Yet this analogy is dead wrong: Holocaust denial isn’t merely one opinion among many. It’s a tool to delegitimize Jews and Israel and to encourage hatred and mistrust. It violates Facebook's own Community Standards and is dangerous speech. It has no place on Facebook or anywhere else. Any decent person should recognize that giving Holocaust denial a platform means aiding and abetting and supporting this odious worldview.

After the interview, the Claims Conference, a New York based global organization that acts as a clearinghouse for Jewish claims against Nazi Germany and its allies, reached out to Zuckerberg to try and show him how dangerous his willful ignorance about how damaging Holocaust denial is. They wanted to arrange for Zuckerberg to sit down with Holocaust survivors and hear their stories - but Zuckerberg refused.

Now, the Claims Conference has launched a major new campaign to get Zuckerberg and others finally to listen to those survivors and take down Holocaust denial posts. #NoDenyingIt features a brief, moving video in which Holocaust survivors push back against attempts to deny their history, and explain what happened during the Holocaust and what they witnessed with their own eyes.

One participant is Eva Schloss, Anne Frank’s step sister and a survivor of Auschwitz. “In Germany or in Austria people go to prison if they deny the Holocaust because they know it’s a lie, it’s libel,” she’s explained. “How can somebody really doubt it? Where are the six million people? There are tens of thousands of photos taken by the Nazis themselves. They were proud of what they were doing. They don’t deny it, they know they did it.”

Serge Klarsfeld, a renowned Nazi hunter whose father survived Auschwitz, is another participant in the campaign. Klarsfeld and his wife Beate tracked down feared SS commander Klaus Barbie, the “Butcher of Lyon”, and also located Rene Bousquet, the Nazi official who sent thousands of Jews from Paris to Auschwitz in the infamous Vel d’Hiv’ Roundup on July 16 and 17, 1942. After sixty years of helping officials locate Nazis so they could be prosecuted for crimes against humanity, Klarsfeld has a message for Mark Zuckerberg. Holocaust denial does result in “real physical harm”. It’s not a mere intellectual exercise, and it shouldn’t be protected.

Zuckerberg “is Jewish,” Klarsfeld explains, “and it’s important that Facebook, which is a big vehicle of ideas, thoughts, and images, does something about hateful speech - and not only hateful speech but an incitement to violence. Because if people start to believe that the Jews didn’t die in the Holocaust and this was big hoax, then they’ll become angry with the Jews and commit violence. In the United States, there have been shootings of synagogues. In a time of crisis, people are looking for scapegoats, and through history, Jews have been scapegoats. Throughout history, if you give people an alibi to commit violence against Jews, they will use it.”

The #NoDenyingIt campaign is simple. Let people hear for themselves from Holocaust survivors, eople who were there and witnessed the genocide of six million Jews first hand.

“When people say that the Holocaust did not happen, they are saying that my father, my sister, and sixty people in my family were not murdered,” survivor Lea Evron states in the video.

“We are witnesses,” explains Sidney Zoltak, another survivor.

“There is no denying it, the Holocaust was real. I know because after we got down from the cattle car, my mother, my father and my twin sister Sabina were sent immediately to the gas chamber,” concentration camp survivor Pinchas Gutter remembers.

Join these survivors and call on Facebook to take down Holocaust denial and revisionism. As the video urges, “Please tell Mark Zuckerberg to remove Holocaust Denial from Facebook. Please share this video.” As Holocaust denial grows and infects ever greater numbers of people, it’s a message we all need to share.

Watch the #No Denying It video below: