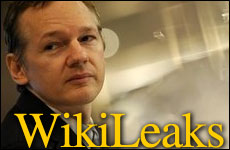 Does the fact that something is true always justify its being made public?

WikiLeaks has become a political game changer for the entire world.

Secrets, we now realize, are no longer possible even for those with diplomatic pouches, encrypted security measures and the most powerful safeguards for supposedly securing total privacy.

Thanks to WikiLeaks the whole world now knows the content of many of the most intimate conversations between heads of state as well as reports of ambassadors to their governments. Some of the material was so explosive that Secretary of State Hillary Clinton spent much of the past week preparing foreign leaders for the fallout — what the Guardian described as a “meltdown” of the U.S. diplomatic corps.

In addition to giving support to many of Israel's positions, especially regarding the threat of Iran, several revelations are deeply embarrassing. They provide off-the-cuff assessments by American diplomats of world leaders, critiques that were expected to be released only decades from now. Iranian President Mahmoud Ahmadinejad is compared to Hitler, French President Nicolas Sarkozy is called an “emperor with no clothes," Afghanistan President Hamid Karzai is "driven by paranoia," according to the cables, while German Chancellor Angela Merkel earns high marks as a "Teflon" politician.

The explosive nature of what has now become public knowledge was perhaps best summed up by Italian Foreign Minister Franco Frattini who referred to the public release of the WikiLeaks information as the "Sept. 11 of world diplomacy."

Does the truth really supersede every other value?

WikiLeaks has introduced a new concept into the political arena: Truth trumps all else. If it is true that a head of state spoke ill of another government's leader it is not only justifiable but even mandatory to reveal the insult. After all, it is true, and what can be more exemplary than to publicize truth? If there is information that guides foreign policy which our enemies are unaware of but strategically important to us, the only question that needs to be answered before making it public is whether it is indeed fact; WikiLeaks is proud to present itself as fearless spokesman for truth, no matter the fallout or negative consequences.

I will leave it to the political analysts to discuss the merits of this position as it relates to the relationships between nations and the real-politique necessary to assure peace between peoples with differing ideologies and aspirations. What I'm more interested in is whether the guiding rule of WikiLeaks ought to be an ethical principle for our private lives.

Does the truth really supersede every other value? Does the fact that something is true always justify its being made public?

Before we make up our minds about the morality of WikiLeaks laying bare every governmental indiscretion or secret to the world's press, it might be relevant for us to put this into the perspective of our own moral choices on a daily basis.

Judaism is quite clear about the severity of lashon hara – speaking ill of others. Very often those who are guilty of this sin attempt to justify their behavior with the words “But it's true.” According to Jewish law, this “defense” is totally irrelevant. Lashon hara, which literally means 'evil talk,' has no right for expression because of its motivation; its truthfulness does not override its hurtfulness. If what is being said is a slanderous lie in addition to being hurtful, it would be an even greater sin.

Before we speak of another person we must always ask ourselves two questions – is it kind and is it true?

Rabbi Israel Salanter, founder of the Mussar movement that stressed the importance of developing personal integrity, put it beautifully: Before we speak of another person we must always ask ourselves two questions – is it kind and is it true? And if the answer to the first is no, then the second no longer matters; our ethical imperative demands silence.

It often comes as a surprise to many people to learn that Jewish law sometimes not only permits but actually encourages the suppression of truth.

What if the family and the doctor are certain that a critically ill patient wouldn't be able to cope with a dire prognosis? Compassion, codified by Jewish law, dictates that we may hide the truth from the clinically condemned sufferer, even if we have to lie when he asks whether we are optimistic about his fate.

There are many moments in life when unvarnished truth comes with a price too costly to bear. The Talmud points out that God himself did not hesitate to tell a lie in the cause of a kinder and greater good. When the angels came to Sarah to inform her that she would be blessed with a child, her response mocked the prophecy on the grounds that her husband Abraham was too old to be a father. But when God repeated her words to Abraham he changed them; in God's version Sarah supposedly put the onus on herself – “I am too old to bear a child.” That wasn't true. But it was kind. And it is from this very story that the sages posit the principle that a lie in the interest of peace – in this case peace between husband and wife – is far preferable to a hurtful truth.

The WikiLeaks philosophy has no place in our personal lives. Judaism long ago warned us that the malicious does not become any more acceptable simply by virtue of its veracity, nor does truth enjoy an unquestioned right to be disseminated in spite of any negative consequences.

After all, as William Blake so profoundly pointed out,

“A truth that's told with bad intent
beats all the lies you can invent.”

To All Those Who Doubt You, Including Yourself
The Blue Beyond
Great Place to Live
Is Eating Supposed To Be Spiritual?
Comments
MOST POPULAR IN Current Issues
Our privacy policy