Passover: The Night of Protection 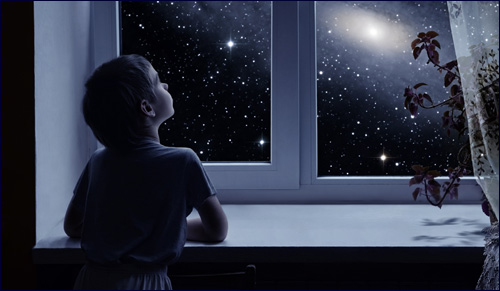 Why do we open the door for Elijah during the Seder?

At the Seder, we have the practice to open the door, ostensibly for the prophet Elijah. This isn’t really the reason we do it. Rather, it represents the merging of two previously-existing customs: pouring a cup for Elijah and opening the door. We pour a cup for Elijah, who is intended to usher in the Messianic era. We open the door to represent that the Seder night is what we call a “leil shimurim,” a “guarded night” on which we enjoy extra protection.

After drinking the third cup of wine, we recite the paragraph of “Shefoch chamascha” (“Pour out Your wrath”), in which we ask God to avenge us upon the nations who have oppressed us in exile (which was historically much more overt and violent than most of us have experienced in 21st-century America). Opening the door during this recitation was a symbolic act intended to demonstrate that, despite the ill intentions of our oppressors, we believe that the Seder night is a time of extra protection and that God will reward our faith in Him by bringing redemption upon us. This custom dates to the 15th century; the Rema (who lived in the 16th century) cites it in the name of Rabbi Israel Bruna.

So where does the idea come from that the night of the Seder is particularly protected? We are told this explicitly not once but twice in Exodus 12:42: “It is a night that is guarded by God to bring them (i.e., the Jews) out of the land of Egypt; this night will be a night for God to watch all the children of Israel throughout the generations.”

Even though the Jews were slaughtering a sacred animal in their sight, they remained undisturbed by the Egyptians.

We see that the night was guarded in Egypt in many ways. First, the Jews gathered rams for their Passover sacrifices despite the fact that the ram was a sacred animal to the Egyptians. (Some people have questioned the accuracy of this assertion but the ancient Egyptians had no fewer than seven ram deities, including Amun, Khnum, Banebdjedet and Heryshaf.) Even though the Jews were slaughtering a sacred animal in their sight, they remained undisturbed by the Egyptians.

Next, after the Jews painted their doorposts with the rams’ blood, God did not permit “the destroyer” to enter their homes during the final plague, the death of the firstborn sons. (The Haggadah goes on at length that God carried out the redemption Himself and did not employ an angel as His agent. That being the case, we must understand what is meant by this “destroyer” that God did not permit to enter the Jewish homes. People die every day from a variety of causes, including accidents, illness, acts of violence, etc. On the night of the first Seder in Egypt, God did not even permit the angel of death into Jewish homes on “business as usual.” On that night, no Jew died of any cause.)

Finally, not only did the Egyptians not attack the Jews on their way out of Egypt, not even a dog barked at them (Exodus 11:7).

But Exodus 12:42 also tells us that Seder night will be guarded throughout the generations. One of the explanations of this is that just as the Jews were redeemed on it from Egypt, so would they be redeemed on it in the future. The Midrash (Exodus Rabbah 18) gives several examples of such redemptions, including King Hezekiah’s redemption from the Assyrians, the redemption of Hananiah, Mishael and Azariah from the fiery furnace, and Daniel’s redemption from the lion’s den. Furthermore, the liturgical poem Ometz Gevurotecha (“You manifested Your Power”), written by Elazar HaKalir and recited by many on the second Seder night, recounts many of these redemptions throughout history: the overthrow of Sodom in the time of Abraham; the redemption of the Jews from Egypt; the conquest of Jericho by Joshua; the defeat of Midian in the time of the Judges; the destruction of Assyria foretold by Isaiah; the handwriting on the wall in the book of Daniel, foretelling the downfall of Babylonia; Esther led the people in a fast and Haman was hanged on Passover, etc. (It’s interesting to note that redemption is often brought about by God through teams whose initials are the Hebrew letters Mem and Alef – in Egypt, through Moses and Aaron, in Shushan through Mordechai and Esther, and in the future through Moshiach and Eliyahu. There is reason to believe that the future redemption will also be wrought on Passover, hence the aforementioned cup for Elijah.)

If we can put ourselves in God’s hands for one night a year, we can learn that that is actually where we are every single minute of every single day.

The fact that Seder night promises extra protection has some ramifications in Jewish law aside from the custom of opening the door at the Seder. The Talmud (Pesachim 109b) asks why we are told to drink four cups of wine at the Seder, which is something that would normally be discouraged because of potential ill effects. One of the answers given is because Seder night is leil shimurim. Additionally, many of the bedtime prayers are omitted as unnecessary on Seder night because of the extra protection afforded.

Some have the custom not to lock their doors on Seder night because it is leil shimurim, a night of protection, but this practice may not be recommended because we are not supposed to rely on miracles. Certainly, one should not walk through bad neighborhoods or provoke fights with street gangs based on the mistaken notion that one is somehow indestructible on Seder night. “Extra protection” is not the same as “invulnerability.”

In the classic work of Jewish philosophy Chovos HaLevavos (“Duties of the Heart”), throughout the section called Shaar HaBitachon (“The Gate of Trust in God”), we are enjoined to recognize that no human being has the power to harm us or to help us unless God wills it. This is a difficult concept for a person to internalize. Recognizing Seder night as leil shimurim is a good first step in cultivating one’s sense of trust in God. If we can feel comfortable putting ourselves in God’s metaphorical “hands” for one or two nights a year, we can learn that that is actually where we are every single minute of every single day.

Who Is the Wicked Son?

The Secret History of Chad Gadya
The Promise Of The Land
Which Chat Are You On?: Parshas Behar/Lag Ba’Omer
Do You Like Slow-Cooked Food? Thank the Jews
Comments
MOST POPULAR IN The Haggadah
Our privacy policy