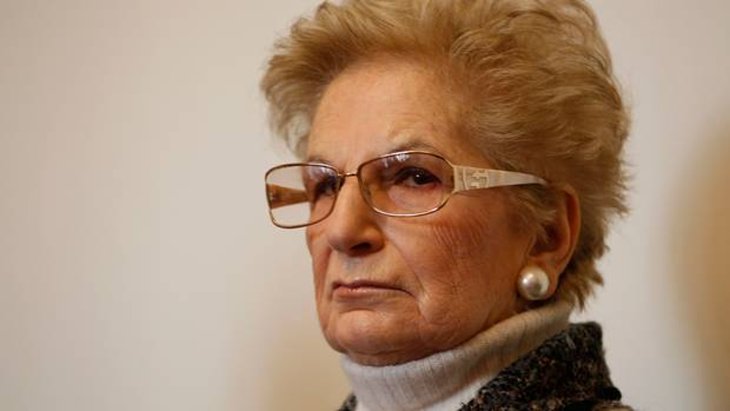 Liliana Segre received death threats for standing up to hate.

Liliana Segre found her life’s vocation at the age of sixty, when she became a grandmother. Segre is a Holocaust survivor and it wasn’t until she had grandchildren that she realized she’d never effectively passed along her story nor educated the next generation about the Holocaust.

She vowed to speak out about her family’s terrible experiences and do her best to ensure that the horrors of the Holocaust never repeat themselves. That was nearly 30 years ago; today Segre is still speaking out, making sure Italians hear her first-person accounts of how Jews were rounded up and murdered. In 2018 she was named a Senator for Life in recognition of her work educating Italians about the Holocaust.

Now, after sponsoring an anti-hate bill in Italy’s parliament, the 89 year old is under round the clock police protection after a surge in online threats to harm her.

Liliana Segre was just thirteen years old when she and her family were sent to Auschwitz. She was among 733 children sent to the death camp from Italy; of that number, only 121 survived. In total, over 7,000 Italian Jews were deported to Nazi camps during the Holocaust. Most were sent to Auschwitz and murdered there. Segre and her father were arrested by Italian guards as they tried to flee to Switzerland and handed over to Nazi authorities.

Once in Auschwitz, Segre’s father was torn from her; he perished there three weeks later. His parents were arrested in a town near Como and also sent to Auschwitz where they were murdered. Segre survived Auschwitz, Ravensbruck and other Nazi camps and was eventually liberated. She moved to Milan, married, and built a family, but the barbarity of the persecution and genocide she lived through always tormented her. “Inside, I was always that little child suddenly banned from going to school and who became invisible to the world around her,” she recalled.

Speaking to new generations gave her hope. When she received the honor of becoming a honorary Senator, it seemed that her message about the necessity to oppose hatred and anti-Semitism was finally being heard.

Ms. Segre’s appointment comes at a time when Italy desperately needs national figures capable of standing up to anti-Semitism and other forms of prejudice. In recent years, hatred of Jews and other minorities has been sweeping Italy, making many worry they are living through a time similar to the 1930s when Fascism gained adherents throughout the country and Italy’s Jews and other minorities found themselves hated and persecuted. 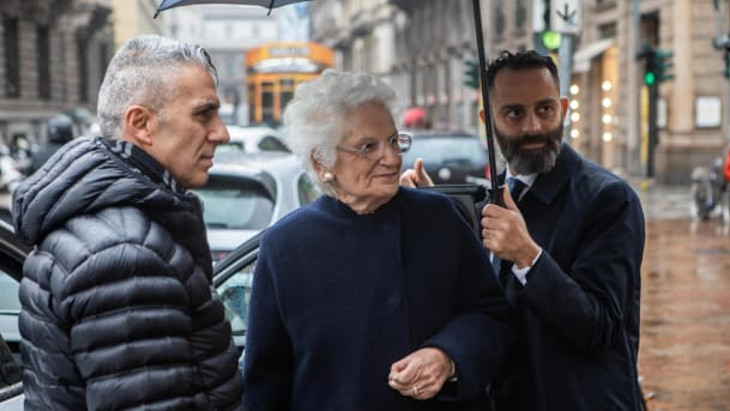 According to one 2019 European Union poll of Italian Jews, 73% felt that anti-Semitism is a big problem in Italy. A large majority, 81%, feel that Jew-hatred has increased in Italy over the past five years. Given the rise in hatred, Segre made what she considered to be a “banal” proposal: the creation of a Parliamentary committee to investigate anti-Semitism, racism and hate speech in Italy. It was the sort of measure that seemed impossible to oppose. But Italy’s right wing-parties were against it and threats and anti-Semitic taunts poured in, directed to Ms. Segre and Italy’s Jews.

Former Deputy Prime Minister Matteo Salvini, leader of the League Party, which until 2019 was a member of Italy’s governing coalition, announced he wouldn’t vote for Ms. Segre’s committee because of fears it might get in the way of his “Italians First” policies. Former Prime Minister Silvio Berlusconi, who leads the Forza Italia political party, claimed Segre’s committee would limit free speech and opposed the idea. The Brothers of Italy party also came out opposing the committee.

In the end, all of Italy’s right-wing parties abstained from voting to form Ms. Segre’s committee. Her proposal passed with 151 votes, despite 98 abstentions. Yet the vote left her feeling, “like a Martian in the Senate” after what she saw as a common-sense step to monitor anti-Semitism and racism became so contentious. “I thought a proposal against hatred in general, which we are all witnessing, would be an ethical, moral issue.”

As her proposed committee split the nation, online threats began to target Ms. Segre. “She is not afraid,” her son, Luciano Belli Paci, told reporters, though he admitted that “she is shocked by these tensions and by this entire situation.”

The Center for Contemporary Jewish Documentation, an anti-hate group based in France, was logging 200 anti-Semitic online attacks against Italian Jews each day. Many of these glorified the Holocaust and called for Jews to be gassed and burned.

While these threats were pouring in, Italy was rocked by several other high profile instances of anti-Jewish hate. In the days leading up to Kristalnacht observances on November 9, 2019, Mayor Roberto Canali, the right-leaning mayor of the town of Predappio, where Benito Mussolini was born, announced he would no longer participate in an annual program that pays for students to travel to Auschwitz to learn about the Holocaust and commemorate Jewish victims there. (Mayor Canali said indicated he’d commemorate the Holocaust only when it was linked to condemnations of Communism.)

In September 2019, Italians attending a rally for the League, the popular right-wing political party led by Matteo Salvini, turned on a noted Italian Jewish journalist named Gad Lerner, screaming “Get out of here, you Jew!”

On November 3, 2019, Italian soccer star Mario Balotteli – who is Black and was adopted by a Jewish family in the northern town of Brescia – was subject to virulently racist and anti-Semitic chants at a match in Verona. (Balotteli last played in Italy in 2012 and was often abused by fans for the color of his skin; when he returned to Italy in 2018 he said, “I hope with all my heart there won’t be any repeat of the things that happened when I was here last” and that racism in Italian soccer had receded.) Instead of condemning the behavior of fans in his city, Mayor Federico Sboarina, from the right-leaning Forza party, defended the screaming fans.

On November 6, 2019, amid rising threats, the Milan police department announced they were guarding Ms. Segre, assigning two officers to accompany her at all times. News that an 89-year-old Jewish grandmother and Holocaust survivor now requires round the clock police protection rocked Italy and the world. “This is a real crisis for all of us, of all the system, of all the democracy,” noted Ruth Dureghello, president of the Rome Jewish Community. “That means that she must be protected from the hate as it was in the past”.

Ms. Segre’s police protection should be a wakeup call for all of us. Seventy years after the Holocaust, it’s terrifying that hatred, anti-Semitism and racism is flourishing. As Fascism and neo-Fascism rise again in Europe and elsewhere, it’s up to all of us to stand up and resist their deadly lure.

In a recent speech at the University of Milan, Liliana Segre made an eloquent case for saying no to scapegoating and demonizing others. Resisting pity for herself, she asserted that “Haters are people we should feel sorry for.” Her bravery and commitment to educating new generations of the evil of hate and about the Holocaust should inspire us all.

Closing the Gap
Blessing on Chewing Gum
Was Rahab a Prostitute?
Extras In Our Own Epic
Comments
MOST POPULAR IN Current Issues
Our privacy policy