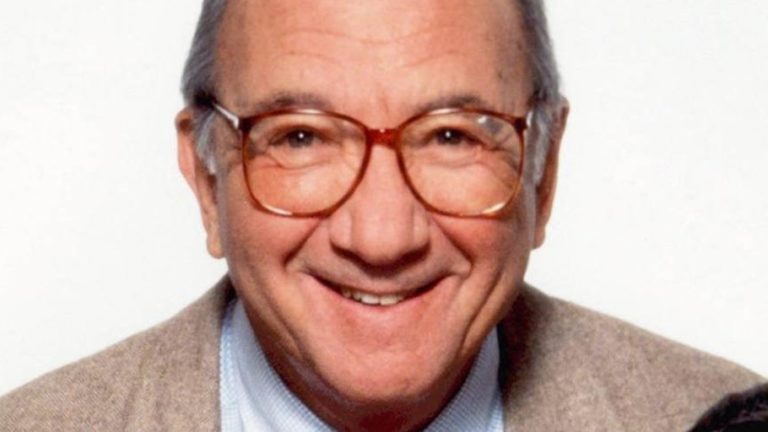 Neil Simon was one of the most prolific playwrights of modern times. His dozens of plays and musicals, screenplays and television scripts entertained generations of viewers and also defined much of American humor. Simon’s hits included cultural touchstones and smash hits such as “Barefoot in the Park” (1963), “The Odd Couple” (1965), “Brighton Beach Memoirs” (1983), “Biloxi Blues” (1985), “Lost in Yonkers” (1991) and “Laughter on the 23rd Floor” (1993). He received 16 Tony nominations and won best play three times. He also earned four Oscar nominations, a Pulitzer Prize, the Mark Twain Prize and numerous other honors.

A Jew from New York, Neil Simon brought what many called his “Jewish humor” into his plays. For both Jews and non-Jews, Neil Simon defined what it was to be an American Jew today. 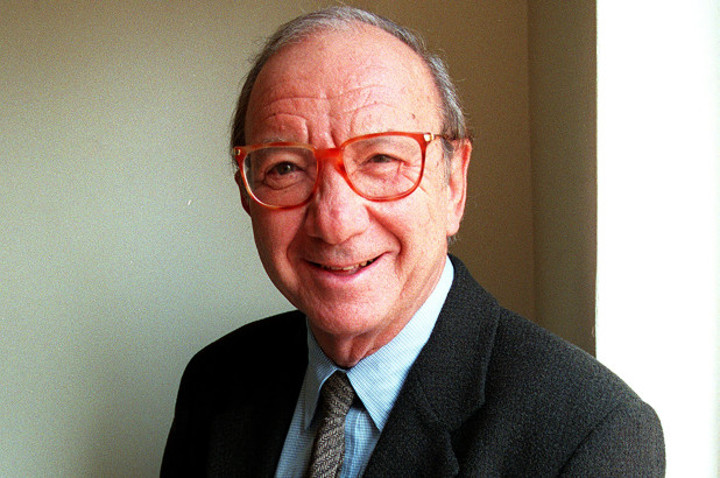 That’s in part because many of his works were autobiographical in some way. Simon was known for his meticulously-written domestic dramas, some of which featured Depression-era Jewish youths who bore a striking resemblance to Neil Simon himself. “I don’t write social and political plays,” he explained, “because I’ve always thought the family was the microcosm of what goes on in the world….I write about the small wars that eventually become the big wars.”

“Brighton Beach Memoirs” introduced the character of Eugene, a Jewish boy in New York growing up in an overbearing Jewish family. Eugene also was the subject of “Biloxi Blues”, which closely mirrored Neil Simon’s World War II experiences and the play “Broadway Bound”.

Like millions of other fans, I vividly remember watching these dramas, two of which were also turned into hit movies. The bustling Jewish family seemed like something from another era, a throwback to a time when family bonds were stronger and people seemed to have stronger identities than I had growing up. A friend wistfully told me he wished he could live in a close family like that in “Brighton Beach Memoirs”, with a house full of relatives and a strong sense of where he belonged. Growing up in American suburbia, the busy, large Jewish families Neil Simon created on stage and screen seemed impossibly comforting and secure. 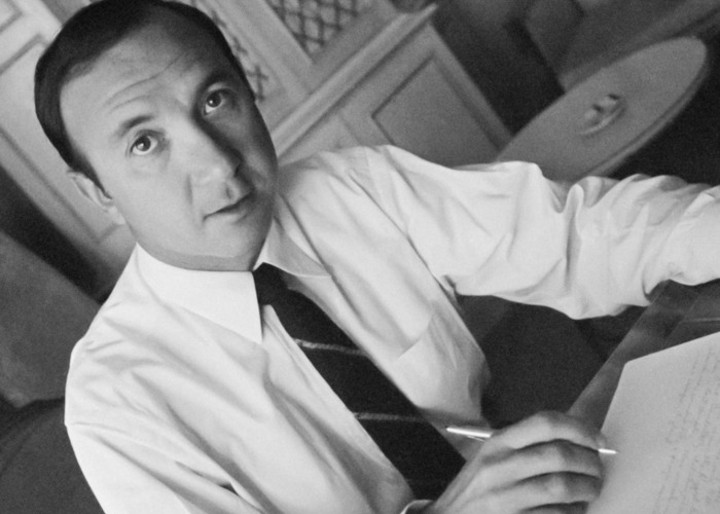 His characters sometimes conveyed the idea that to be Jewish was different, special and uniquely funny. In “Broadway Bound”, Eugene describes his grandmother’s wish that the Statue of Liberty seemed more Jewish. “That would be a riot. A Jewish Statue of Liberty. In her left hand, she’d be holding a baking pan...and in the right hand, held up high, the electric bill.” Neil Simon captured the voice of Jewishness in America: funny, irreverent and ultimately decent and kind.

In “Come Blow Your Horn” (1961), a Jewish character intones a hilarious but also poignant insult: “May you and your brother live and be well. God bless you, all the luck in the world, you should know nothing but happiness. If I ever speak to either one of you again, my tongue should fall out!”

In real life, Neil Simon did indeed reflect the American Jewish experience. He lived through a time when Jewish identity declined precipitously and intermarriage rates rose. A 2013 survey showed that only 15% of American Jews regard Judaism as a religion; for most American Jews today, being Jewish is mainly a matter of culture: enjoying Jewish foods, having Jewish heritage, and identifying with Jewish humor.

Although Jewishness featured heavily in Neil Simon’s plays, it often seemed more like a gag more than a meaningful way of life. In his 1996 memoirs, Simon poignantly discussed his unhappy childhood and dysfunctional family. It is striking, given how outspokenly Jewish his public persona was, how little being Jewish seems to have figured into Simon’s life and worldview. In discussing his years of military service during World War II, Simon barely mentions the Holocaust. He recalls entering a Catholic church to pray one evening, and having a strong feeling that God was talking to him, telling him never to pray in a church again – yet he doesn’t seem to have followed up that striking experience in any way.

One of Simon’s most poignant recollections is going to synagogue with his father. They only attended once a year, on the high holidays, and Simon’s primary memories is of being rebuffed. He didn’t understand Hebrew, and his father angrily told him not to pray in a way he could understand, because God supposedly couldn’t understand English. The young Neil Simon was left unfulfilled and confused. Like so many assimilating American Jews, Judaism became less a way of life and set of beliefs than an accident of birth and circumstance.

Simon’s one-liners were fantastic. In a particularly dull party in “The Gingerbread Man” (1970) a character exclaims “Gee, what a terrific party – later on we’ll get some fluid and embalm each other.” In “California Suite” (1976) a character explains that New York City isn’t Mecca – “It just smells like it”. A young recruit in “Biloxi Blues” (1985) complains that Mississippi is so hot it’s “Africa hot – Tarzan couldn’t take heat like this.” He created rich, funny worlds on stage. 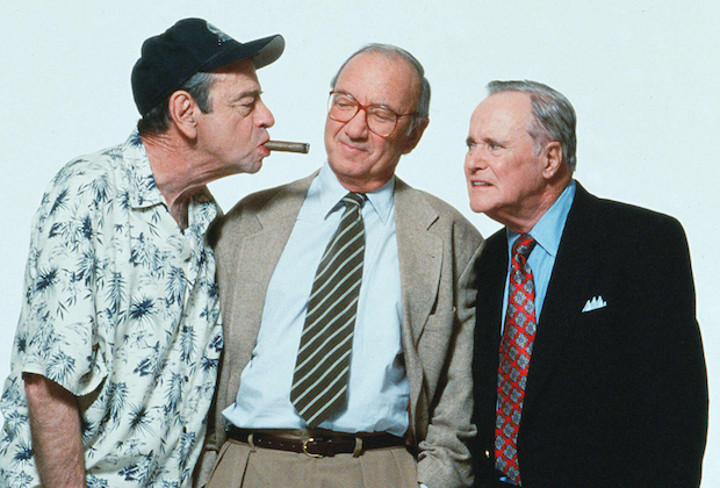 Simon was open about his unhappiness and depression, even as his wonderful comedies brought smiles and happiness to his millions of fans. The brilliant playwright was often profoundly despondent even in the midst of success. He represented Jewishness to his fans, yet he was alienated from much of Jewish life. The author of tender romances, Simon was married five different times. Although he wrote some of the most wonderful plays of the past generation, he was often dissatisfied with his work. “I suspect I shall keep on writing in a vain search for that perfect play,” Simon wrote. “I hope I will keep my equilibrium and sense of humor when I’m told I haven’t achieved it.”

For millions of his fans now mourning his death, Neil Simon didn’t create the one perfect play; he wrote dozens. He brought joy to generations of theatre goers. For American Jews, he also offered us an unsettling mirror: one in which we watched our community identify as Jews only in the most cursory ways, through humor and cultural touchstones.

Why Kosha Dillz, the Rapper, Is Pickled
Chukat 5782: Let’s Play the Blame Game!
The Sin of Moses: The Two Ways to Communicate
In Aftermath of Chicago’s July 4th Shooting, Local Moms Provide Countless Points of Light
Comments
MOST POPULAR IN Israel
Our privacy policy