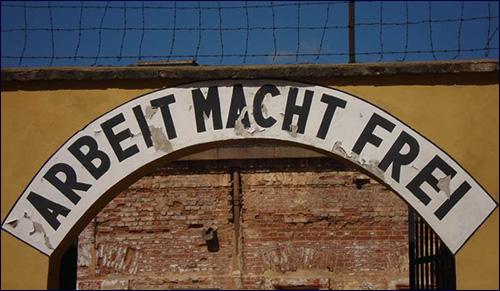 Claude Lansmann’s film, The Last of the Unjust, explores the moral ramifications of Benjamin Murmelstein’s pact with the devil.

Claude Lanzmann, the French documentary filmmaker who directed Shoah, the 1985 widely praised nine and a half hour movie on the Holocaust presenting testimonies by selected survivors, witnesses, and German perpetrators, has once again returned to the same theme that continues to fascinate him, but from a totally different perspective.

This time he focuses on one man – and on one profound question relating to the moral ambiguity of evil.

The Last of the Unjust is the product of lengthy conversations Lanzsmann had with a remarkable survivor. Benjamin Murmelstein, a Viennese rabbi, clearly brilliant and extremely capable, was first drafted by Adolf Eichmann to write reports to the Nazi authorities. Later he was put in charge of a program ostensibly to permit Jews to emigrate but primarily intended to financially fill Eichmann’s pockets. Eventually he was made an “Elder of the Jews” at the notorious concentration camp at Thereseinstadt, where he himself was prisoner, following the two Elders preceding him who were both brutally executed with bullets to the backs of their heads. 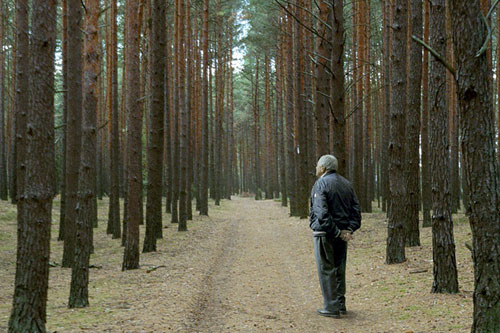 To follow his story, as the film does – admittedly from Murmelstein’s point of view as there is no one else interviewed to contest him – is to come face-to-face with perplexing challenges to our clearly defined concepts of morality.

Murmelstein helped the Nazis as they ingeniously used Theresienstadt, a cruelly fictional paradise, in propaganda films to the world.

Murmelstein was a collaborator. It is he himself who chose as self-description the words of the film’s title, The Last of the Unjust, an obvious wordplay on the title of André Schwarz-Bart’s powerful award-winning novel The Last of The Just about the 36 righteous souls whose existence justifies the purpose of humankind to God. Murmelstein helped the Nazis as they ingeniously used Theresienstadt, a cruelly fictional paradise, in propaganda films to the world, deceptively depicting it as a Potemkin like village given by Hitler as a gift to the Jews in which they could enjoy all the amenities of a prosperous, fulfilling and beautiful life. Used as a showcase for a visit by the Red Cross, and the site of a film showing happy Jews at work and play, it was in reality a concentration camp where disease and starvation killed nearly 100,000 Jews due to horrible overcrowding and appalling sanitary conditions and for many but the first stop in “relocation to the east” where they would be brutally exterminated.

These facts were enough to have Murmelstein fiercely condemned by many after the war. Though acquitted on the charge of collaborating with the Nazis by a tough Czech court, he never set foot in Israel in order to avoid facing a second trial. Gershom Scholem, the renowned Israeli historian and philosopher, publicly called for him to be punished by hanging – although, as pointedly noted by Murmelstein in the film, Scholem ironically pleaded that Israel spare Eichmann’s life after the court found him guilty of his role in planning and carrying out the Nazi “final solution.”

And yet… Here is where the film forces us to begin the tortuous process of reevaluating moral choices in the face of competing options that offer no satisfactory resolution. How can we find the correct balance between heroism and expediency? How much should the crime of collaboration be mitigated if its purpose is to achieve the better of two nightmarish solutions? Is there room on an ethical balance sheet to vindicate assisting the wicked in order to attain a somewhat more favorable outcome for at least some of the innocent?

In short, can we forgive or perhaps even to some extent approve the choice Murmelstein made to respond to the Nazi regime’s goal of genocide by assuming the persona of “a calculating realist”- making a pact with the devil in order to somewhat diminish his power for evil?

Through his efforts – and his cooperation with Eichmann – he saved the lives of 120,000 Jews.

Slowly but quite effectively we become drawn in by Murmelstein’s justifications for his actions. It is true that through his efforts – and his cooperation with Eichmann – he saved the lives of 120,000 Jews by arranging their emigration to Palestine and other places of haven. He recounts with gusto how he was able to get 2,000 inmates out of the Dachau concentration camp and send them to Portugal and Spain via occupied France. Though he could easily have emigrated to London himself, he stayed behind in Vienna because he felt he “had something to accomplish – a mission.”

Given the impossible task of serving as “King of the Jews” in Theresienstadt, Murmelstein worked to “embellish” its facilities, helping to eradicate typhoid and somewhat improving its structure for the sick and the aged – even though that meant the perpetuation of a lie for the sake of propaganda. Putting glass in windows, he insisted, kept the people inside warmer. As to the propaganda film he cooperated with, Murmelstein says, "If they showed us, they wouldn't kill us. That was my logic, and I hope it was correct."

By the end of the film, it is clear that Lanzsmann has become convinced. The closing scenes show him putting his arm around Murmelstein, telling him he considers him a friend.

But it is we, the viewers, who must make our own judgments.

Walking out of the theater I heard a couple, taken by Murmelstein’s powerful charisma and intellect, saying they could not understand why, instead of being condemned, he wasn’t proclaimed a hero. To my mind that was a severe overreaction.

There is a biblical precedent to the Nazi genius of appointing Jews over other Jews to be complicit in their own enslavement. The Torah tells us that when the Egyptians forced the Hebrews to make bricks for their construction projects, they set over them taskmasters and officers. The taskmasters were Egyptians, the officers Hebrews. The ones directly in charge of the Hebrew slaves and tasked with making certain the full quota of work was produced were taken from their own people.

The text goes on to tell us: “And the officers of the children of Israel whom Pharaoh's taskmasters had appointed over them were beaten, saying, 'Why have you not completed your quota to make bricks like the day before yesterday, neither yesterday nor today?'" [Exodus 5:14] The Midrash explains that the Hebrew officers refused to comply with the strict orders of their masters. They would not beat the workers assigned to them to make them fulfill the terrible burden of their quotas. They chose to be beaten themselves rather than to oppress their brethren.

The Sages tell us that a remarkable thing happened years later to reward them: These were the very people who merited to be selected as members of the first Sanhedrin. It was upon them that “some of the spirit that was upon Moses was taken and placed on them – as it is said ‘Gather to me 70 men of the elders of Israel’[Numbers 11:16] of those about whom you know the good that they did in Egypt, i.e. the officers who preferred to suffer themselves rather than to impose pain upon others.” [Commentary of Rashi, Exodus 5:14]

Murmelstein was the first to admit that he was no saint in administering the harsh edicts imposed by the Nazis.

Jewish heroes cannot persecute fellow Jews, no matter the consequences. That is what earns for them the respect and admiration of our people. And any trade-offs for personal security or special privileges cast their actions into serious question.

Murmelstein was the first to admit that he was no saint in administering the harsh edicts imposed by the Nazis. In a memorable line in the film he quotes Isaac Bashevis Singer as saying “There were no saints in the Holocaust; only martyrs.” But that is not true. Those who are familiar with Holocaust literature know of many thousands of holy and pious souls whose deeds were saintly beyond any human comprehension. The truly heroic figures could never have complied with the commands of their oppressors, no matter how much could be gained from compromising with evil.

There is no doubt that aiding an evil to subvert a greater evil cannot leave us unstained by the crime committed, no matter how noble our intentions. Murmelstein understood that when he referred to himself as the last of the unjust.

More, we will always be left to wonder whether the murder of six million could have become possible without any cooperation from its victims.

But truth be told the bottom line is that the Holocaust, being unfathomable, makes it impossible for us to offer a fair judgment. In this Murmelstein was correct: “We may condemn but we cannot judge.” And what Claude Landzmann in this unforgettable film has shown us is the profound difficulty of impugning guilt to any survivors – because there is no way we can possibly put ourselves in their place or realistically answer how we might have acted in their stead.

The Last Two Nazis on Trial
Seeing Without Eyes
Why Shouldn’t We Eat Whatever We Want?
The Power Of Prayer
Comments
MOST POPULAR IN Holocaust Studies
Our privacy policy
Aish.com Is Looking for Great Writers