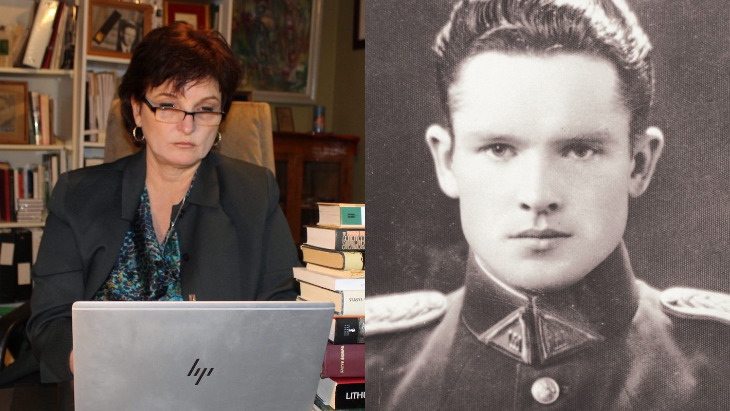 Lithuania patriots claim my grandfather could not really have wanted to kill Jews; he must have been forced to do so. I believe they are in denial.

My grandfather’s signature sending thousands of Jews and half Jews to a ghetto in Žagarė is on a primary source document dated August 22, 1941. The document states: “The Jews residing in all the districts and secondary towns must be removed to the town of Žagarė, from the 25th to the 29th of this month.” On Yom Kippur, all the Jews were murdered.

This document has been available for 80 years in the Šiauliai archives. Yet, according to the Lithuanian government’s official arbiter of history, the Genocide Resistance and Research Center, it doesn’t serve as proof that Jonas Noreika participated in the Holocaust. It doesn’t matter that he was District Chief of Šiauliai between the years 1941 and 1943 during the Nazi occupation, that his name is on 70 documents concerning the Holocaust in the Šiauliai district, that he had the highest position a Lithuanian could have under a Nazi at that time, and that 8,000 to 15,000 Jews were murdered in his region by Nazis and their Lithuanian collaborators under his watch.

It doesn’t matter that he was a lawyer, a captain in the Army, that he regularly wrote articles, a novel, and even won a literary award. According to the government, he just didn’t understand what was happening. He must be considered innocent until proven guilty. According to the government of Lithuania, he would have had to have been tried during his lifetime to establish guilt – a standard not applied to those who committed crimes against Lithuanians. 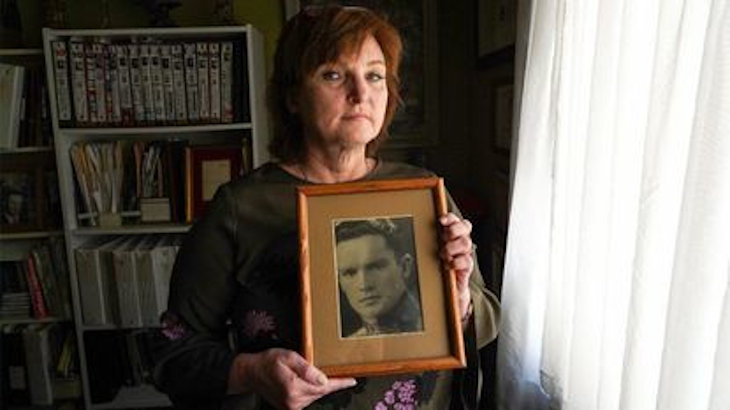 When I interviewed the previous director about this document, she said, “It’s difficult to know what he (Noreika) was thinking.” The document bore his signature, yet she was trying to excuse his name on this order by stating that she couldn’t read his mind. She was offering the justification that I commonly heard from ultra-patriotic Lithuanians: He could not really have wanted to kill Jews; he must have been forced to do so. In his heart, he loved Jews and tried to save them. Yet, of course, there is no evidence of how that worked or names of saved Jews.

Yet he was appointed to this position and could have left at any time. He and his family lived in the best house in Šiauliai, and he received about 1,000 RM each month from the Nazis. That sounds less like force and more like the perks of an ambitious drive.

If someone accuses Lithuanians of killing Jews, it is an affront to the nation’s honor, pride, and ego. We automatically raise the shield of denial to say, “No, it wasn’t us! It was the Nazis, only the Germans.” Or in a somewhat contradictory manner, we say, “Well, the Jews were Communists and they were our enemies and they deserved it!” (Of course, we ignore that many more Lithuanians than Jews were Communists.) Or we might say, also in a manner that contradicts ourselves, “The Nazis made us do it. If we didn’t kill the Jews, the Nazis would have killed us too.” Evidence shows this statement is false.

In writing my memoir over the past 20 years, I have learned that there has always been controversy concerning my grandfather long before I was born, that the controversy has been denied or buried to protect the nation’s reputation, and that despite everyone’s best intentions to make his role in the Holocaust invisible, the controversy will prevail.

The school in Šukioniai, just outside of Šiauliai, was named after my grandfather in 1995. When I visited the school in October 2000, I first learned from the director that there was controversy over naming the school after Jonas Noreika because he was accused of murdering Jews. It was the first time I had heard that, and I nearly fainted from the shock.

Years later, while sifting through my mother’s archive, I came across a 1995 editorial of the school naming written by Aldona Veruitienė: People were scared not by General Vetra’s memorial, but by their own. . . politicians and leaders. 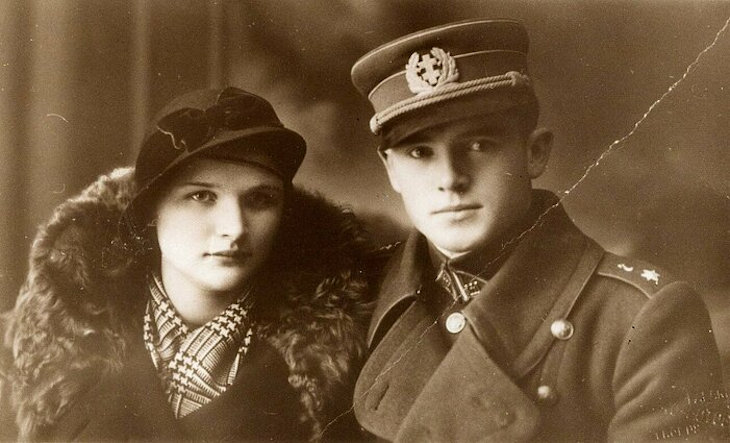 That was when I realized that it wasn’t just the Jews who were against naming the school after him. It was the school’s Lithuanian teachers as well. They were willing to face what he did during the Holocaust, but they were not willing to face the denial by politicians of what he did.

As the article explains, during the town meeting in 1995, the Education Chair said the school was accepting too much responsibility in memorializing Noreika’s name, especially since his contentious past had not been fully settled by historians.

The town’s agricultural leader concurred as he was particularly concerned about Noreika’s role during the German occupation, especially the troublesome fact that he had been involved in helping organize the Jewish ghetto. The article continues that the meeting became so heated it was postponed until the next day.

That was when the Šiauliai chair of political prisoners and exiles spoke for an hour defending Noreika. The school’s teachers listened politely, but remained against it. To placate my grandfather’s defenders, they suggested a memorial be placed, instead, at the spot where he was raised, rather than on the school where children would be taught.

The town’s Cultural chair responded that there was nothing left of Noreika’s home on that spot, that the only building of any significance in the town was the school.

He conceded, however, that he had never witnessed such a fierce argument by the town’s public over the renaming of a building.

One of the school’s teachers prophetically decreed to the politicians, “We will be left to live with this memorial plaque . . . You will only come to visit and leave.”

Despite all these misgivings, the school was named after my grandfather and in typical Lithuanian exuberance over its heroes, the politicians decided that another plaque needed to be placed at the spot where Noreika was raised.

During my research tour in Lithuania in the summer of 2013, I met a poet, Aleksandras Bosas, in Kaunas. He had been analyzing the storm swirling around my grandfather. He advised me to visit the school and tell them to remove my grandfather’s name from the building because it made the school a laughing stock, embarrassed the entire country, and made all Lithuanians look like pigs. He was a poet who didn’t mince words.

Six years later, I launched a petition to change the school’s name, but to no avail. My grandfather had been decreed a hero by the country’s official arbiter of history, and that was that. If only they had acted truthfully and decently; if only the Lithuanian government’s Genocide Center hadn’t been a center of sidestepping a sincere look at Lithuania’s role in the Holocaust; if only truth and reason had prevailed; if only the five courts in Lithuania hadn’t gone along with the sham; if only Lithuania’s public prosecutor hadn’t protected Holocaust deniers from their own crimes; if only my grandfather hadn’t been an architect of the genocide; if only the Holocaust not happened in Lithuania, leaving 200,000 Jews buried in 200 pits across its land.

My memoir, The Nazi’s Granddaughter is a study in how Lithuania has been gaslighting the Holocaust for the past 80 years – rationalizing primary source documents signed by my grandfather as something he didn’t understand; discounting a live witness who worked for my grandfather who stated that Jonas Noreika ordered the murder of 2,000 Jews in Plungė; questioning the veracity of Jewish survivors who accused Lithuanians of killing Jews; and firmly sticking to the narrative the it was all the Nazi’s fault, and that was that.

Click here to order The Nazi’s Granddaughter: How I Discovered My Grandfather was a War Criminal.

Murmurs in the Dark
The Power Of Prayer
Va’etchanan 5782: A for Effort
Can You Show Me This "God?"
Comments
MOST POPULAR IN Current Issues
Our privacy policy
Aish.com Is Looking for Great Writers