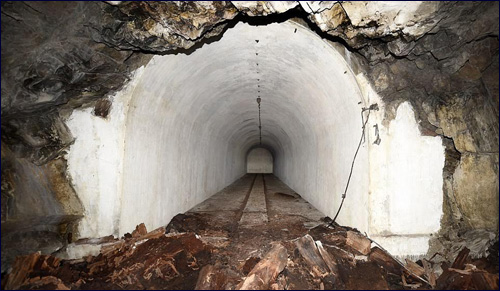 Jewish slave laborers were worked to death in Alderney, a small Channel Island.

The very idea that Britain, which fought against Nazi Germany and its allies throughout World War II, was home to Nazi camps might seem inconceivable. Yet thousands of Jews and others were imprisoned and murdered in a complex of four Nazi camps on a picturesque spot of countryside in Britain’s Channel Islands, which were occupied by Germany during the War.

Visitors to the tiny island of Alderney, a British Crown Dependency, might notice three concrete pillars just south of the island’s airport. They are all that remains of Lager Sylt, one of four concentration camps on the island and the only one whose buildings remain at all. Many of the tourists who visit the island are unaware of what took place there. 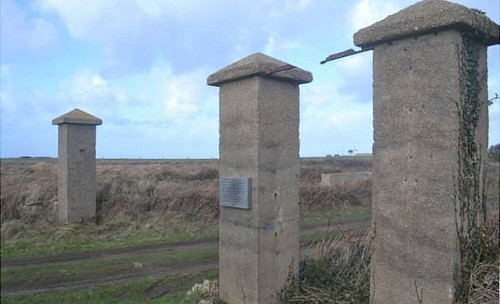 The three pillars that remain of Lager Sylt

In 1940, with war raging, Britain’s Prime Minister Winston Churchill faced an agonizing decision: maintain a military presence in the tiny Channel Islands, which had been British dependencies for centuries, or redirect Britain’s forces elsewhere? Churchill reluctantly pulled troops out of his country’s three Channel Islands – Alderney, Jersey and Guernsey – and in June of 1940, Hitler’s forces bombed the islands and then occupied them for the remainder of the war. 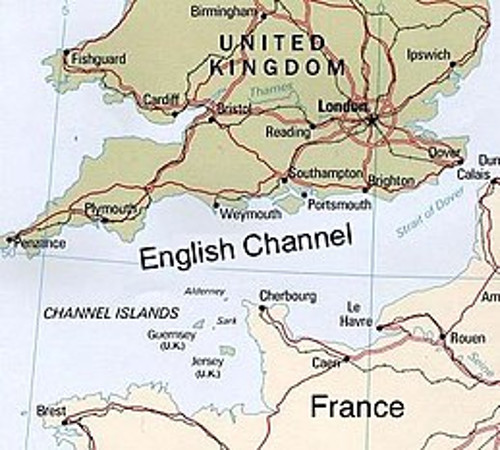 Though the islands had little strategic value, they carried enormous symbolic value for Hitler who relished occupying British land. They were heavily defended and orders came in to build a complex of labor and concentration camps on Alderney, the smallest and northernmost of the islands, just 60 miles from England’s southern coast. 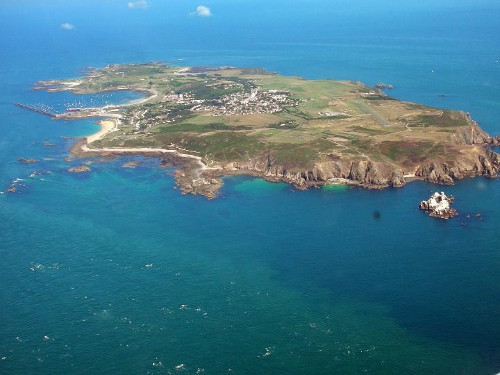 The island of Alderney.

Slave laborers, mainly from Eastern Europe and Russia, were brought in to build the camps. One of the camps staffed by the feared SS was Lager Sylt. It was built to house and work to death Jewish prisoners, both from the Channel Island’s tiny Jewish community and from elsewhere in Nazi-occupied Europe.

For years it was thought that these slave laborers toiled building the island’s defenses. Recent government documents that have been unsealed show an even more sinister plan: the Nazis build extensive underground tunnels on Alderney in which to manufacture launchers for V1 missiles carrying unconventional weapons. The plan was to shoot missiles armed with the nerve gas Sarin on mainland Britain. 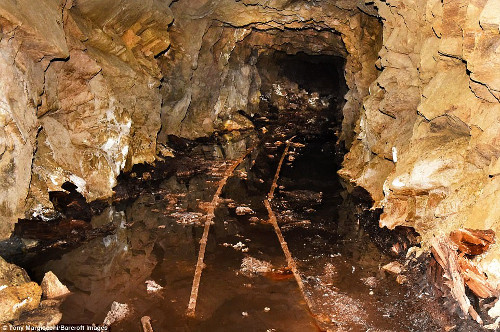 Conditions at Lager Sylt were brutal. In 1944, a group of heavily-guarded prisoners was brought to the nearby island of Guernsey. Their arrival was recorded by a local priest, Reverend Douglas Ord: “Coming down from the harbour was a column of men in rows of five. All were in striped pyjama suits and their footgear varied from wooden sabots...to pieces of cloth bound round the feet. Others were barefoot. There were more than 1,000 of them… They were shaven-headed and in varying degrees of weariness or lameness…. It tore the heart to see the effects of this systematic and deliberate degradation of human beings.” 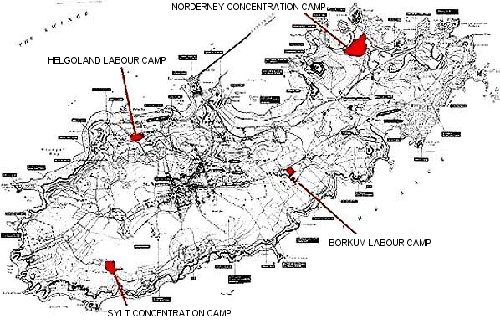 Recently declassified British intelligence documents paint a chilling picture of the brutal conditions on Lager Sylt: “Too undernourished and exhausted to work efficiently, these men were mercilessly beaten by the German guards and frequently when they were too weak after a beating to stand up, they were clubbed to death or finished off with a knife.” Some prisoners were crucified on the camp gates. Some were publicly tortured to death. A rocky stretch of shoreline on the island was known by locals as the “Valley of Death” because slave workers who were too ill or exhausted to work any longer were thrown to their deaths onto the rocks and the sea below. British intelligence estimated that half of the slave laborers at Lager Sylt died there.

For years, it was thought that about 400 prisoners died in the Nazi camps on Alderney, but recent research by retired British Colonel Richard Kemp and John Weigold have revised that figure to closer to 40,000. Many of the final resting places of the prisoners who died are unknown.

That has led to remains of those who died on Alderney being desecrated within the past year. British and French energy companies have been building links between the two nations in order to connect with a planned new power plant that is scheduled to be built in Alderney. Britain’s Sunday Times recently published a leaked archaeological report revealing that construction has already “severely damaged” the island’s main burial ground for prisoners from the camps, and that “greater damage” is expected as the planned energy link-up proceeds.

Despite concerns about disturbing the final resting places of thousands of slave laborers on the island, the French-British link via Alderney, known as the FAB project, is scheduled to go ahead in early 2018.

The Road to Neunburg

Death at Sea: The Tragedy of the Struma
Live Abortion Panel
Morality and Abortion: Three Views
There Are No Limits
Comments