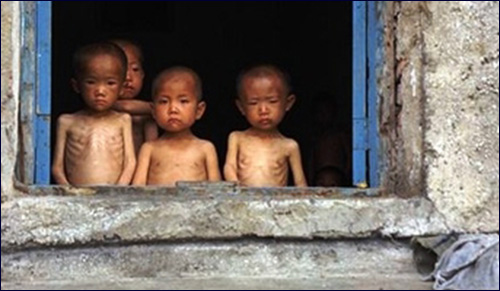 Where is our shame?

Clive Crook, who for many years was a senior editor at The Economist, wrote the other day that he used to think his finest moment at the magazine was in June 2000, when he approved what became one of the most memorable covers in the publication's history – a photo of North Korea's ruler Kim Jong Il, "looking wonderfully absurd" as he waved stiffly to an audience. The headline above the picture: "Greetings, earthlings." 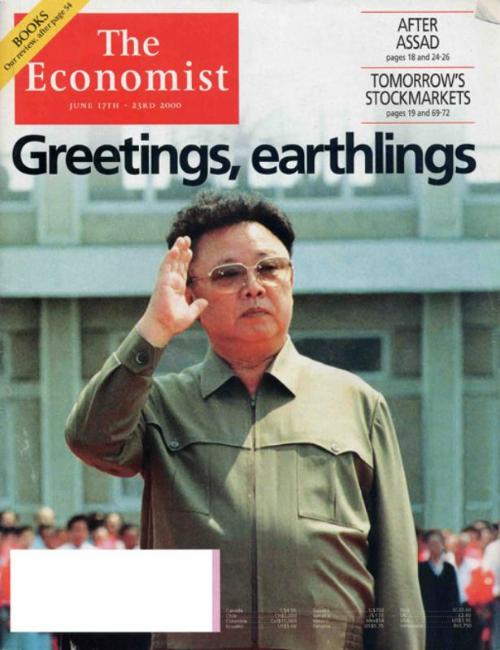 Now, having read the new UN report on the Kim regime's institutionalized barbarity, Crook feels a "pang of shame" at the thought of that cover. North Korea jokes no longer seem so funny.

Indeed. It has been known for years that North Korea is a totalitarian hellhole ruled by megalomaniacs who have turned the country into a vast concentration camp. Millions of North Koreans have died from starvation caused by their government's deranged policies; millions more have been victimized by its fanatic efforts to repress any hint of independent thought, and by its merciless assaults on human dignity. But the report issued by the UN panel this month, after a year-long investigation that gathered evidence from more than 320 victims and witnesses, paints such an extensive and meticulous portrait of evil that it compares in significance, as the Washington Post observed, to Alexander Solzhenitsyn's devastating history of the Soviet labor camps, The Gulag Archipelago.

The UN inquiry, headed by former Australian Supreme Court Justice Michael Kirby, concluded that "the gravity, scale, and nature" of North Korea's enormities are without parallel anywhere today. Of course there is no shortage of human-rights-abusing dictatorships, not in a world that contains the likes of Syria, China, Pakistan, and Iran. But as Kirby's commission documents, North Korea's savageries are not "mere excesses of the state." They go the essence of an ideological system that the world has tolerated for more than half a century. And the horrors that system has spawned are comprehensive in their scope:

At more than 400 pages, the commission's findings make an admittedly long and grisly read. But you can open it at random to almost any page and get a taste of the sadistic misery that is life in North Korea.

The country's horrendous concentration camps have lasted 12 times as long as Auschwitz.

A single example: In a section discussing the treatment of "repatriated" escapees – North Korean refugees caught in China and forcibly returned – the commission recounts the special cruelties inflicted on pregnant women. In most cases the women were forced to undergo abortions, sometimes induced through methods as violent and primitive "as beating, kicking, and otherwise traumatizing the pelvic and abdominal areas" until miscarriage resulted. When a woman managed to carry her baby to full term, witnesses testified, security guards ordered "the mother or a third person to kill the baby by drowning it in water or suffocating it."

What will it take to make North Korea's human-rights atrocities a matter of urgency for the free world? The country's horrendous concentration camps, where innocent victims by the hundreds of thousands have been starved, tortured, and worked to death, have lasted twice as long as the Soviet gulag did, and 12 times as long as the Nazi death camp at Auschwitz. Nelson Mandela spent 27 years in prison, and people the world over rallied for his freedom. In the 1980s, anti-apartheid protesters maintained a non-stop vigil, 24/7, outside South Africa's embassy in London, refusing to leave until Mandela was released. Who rallies for the freedom of North Korea's martyrs? Where are the non-stop vigils for them?

"We should be ashamed," says Justice Kirby, "if we do not act on this report."

The UN findings have triggered fresh calls for financial sanctions against North Korea. Some experts insist that severing Pyongyang's access to the global banking networks could compel the regime to reform. But sanctions alone will never do the trick. No regime so monstrous will ever stand down until the civilized world first resolves, with unmistakable conviction, to effect its replacement. That means acknowledging that Pyongyang's evil goes to its very essence – and feeling a "pang of shame" at how long we have allowed that evil to persist.