My Meeting with Princess Diana 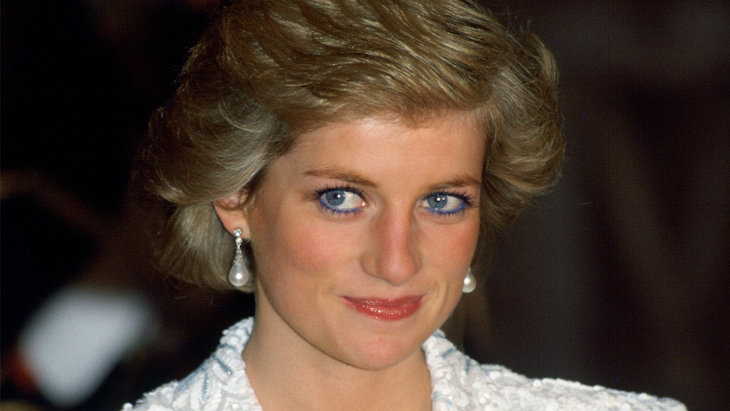 My encounter with her royal highness reminded me that each of us can be a king or queen.

When I served as the Rabbi of the New West End Synagogue, I lived in London’s West End, across the street from Kensington Palace. My children would play in the playground just outside the palace and often the red Royal Air-Force helicopter bearing Princess Diana would land outside the palace. The princess would get out of the helicopter, wave to us, and then enter the palace.

We often heard Diana’s helicopter hovering perilously over our house, late at night, as she returned to the Palace following an engagement. I’d turn to my wife and say, “Diana is keeping very late hours. As her LOR—Local Orthodox Rabbi, I will have to have a word with her.”

Indeed, I got my chance. On November 29, 1996, I went into my local barbershop to get a haircut. There was a blond teenager getting his hair cut by my barber, Lucas, and there was a young woman sitting next to him who looked very much like Diana, the Princess of Wales. I turned to a middle-aged man sitting by the window and whispered,

“Is that the Princess?”

With a shrug of the shoulders, he replied, “I don’t know.” (It turns out that he was her security guard.)

A young woman ran into the shop and said breathlessly to the Princess, “May I have a photograph with you?”

Diana replied, “I would rather not, thank you.”

Then I knew for sure that it was the Princess, and that the teenager in the barber chair next to her was Prince William, the future King of England.

I nodded to the Princess as I sat down on the sofa opposite her and she nodded back.

I mustered up the courage and said, “I am the rabbi of the local synagogue around the corner, in St. Petersburgh Place—”

She cut me off in mid-sentence and said: “You mean rabbis can take a half an hour off for a haircut?”

I rose to the occasion and replied, “It seems that even princesses can take half an hour off for a haircut!”

Diana had just revealed to the British people her impending problems with her marriage and I said, “Princess, in Hebrew we have a saying, ‘chazak v’ematz—be strong and of good courage.’ I wish the Princess well.”

That night was Friday night and at the Shabbat table I said my wife and kids, “You’ll never guess who I met today!”

After a few guesses, I told them, “I met the Princess of Wales! In fact I sat in the very same chair as Prince William, the future King of England!”

After the excitement died down, I said to my young children, “You know something? He is a king… and I am also a king! Diana is a queen….and Mommy is also a queen. Look at our Shabbat table – fit for a king and a queen. And you children are the loyal citizens of the realm. We are all dressed in our finest Shabbat clothes. Our finest china and crystal are sparkling on the table in honor of the Shabbat Queen. And me and Mommy are king and queen of our house, not because we are in charge of the house. The essence of kingship is that a king and queen care for their subjects and provide for their welfare. And Mommy and I look after you and care for you, we encourage you and we love you. We perform the same role that kings and queens perform for their subjects.”

Each of us has the capacity to be a king or queen. But we often sell ourselves short telling ourselves that we are deep down worthless.

We need to relearn our basic worth and value and act like royalty. By showing care and concern for a spouse, child, neighbor or stranger, we can overcome our personal isolation and loneliness. We can activate feelings of a positive self-image by developing our giving qualities and by being there for others. Discovering our royal self means discovering our giving self.

If you are feeling down, you have the power to take yourself out of your negative mindset by reminding yourself of your essential royal nature. There is a regal core lying dormant within you and to activate it perform an act of giving or kindness—for that is the essence of royalty.

The essence of royalty or kingship is that the monarch “provides” for and gives to his or her subjects. God, as King, provides us with everything—eyesight, food, oxygen and brainpower, with which we can journey through life. That is why God is called the “King of Kings”. He is the Ultimate Provider – of life itself. In return, we are invited to feel and express gratitude to God.

Strengthening your regal essence empowers you to take control of your life. When you tap into the energy and take responsibility for your actions, there is no need to blame others.

When you’re feeling down, performing an act of kindness is one of the most concrete ways to feel a sense of empowerment. Get out of the house and visit someone who is less fortunate than you, deliver a meal to an elderly person or volunteer at the local hospital. Make a phone call to a relative who is shut in or ill. By actualizing your regal giving nature you can strengthen your self-respect and feel positive about yourself.

My Bike Got Stolen

The Secret to a Guilt-free Yom Kippur