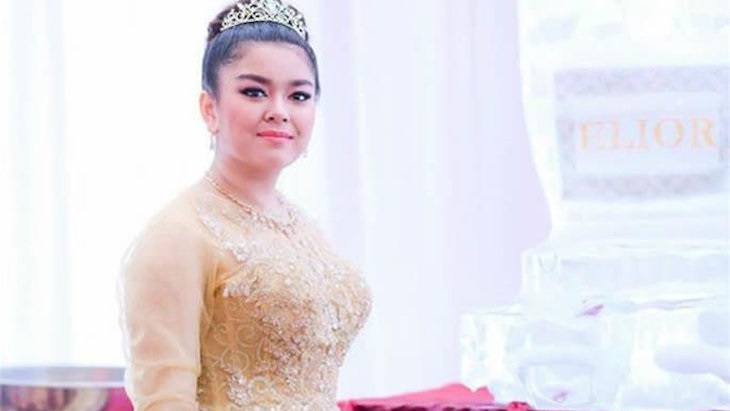 Elior Koroghli, a member of the Cambodian Royal Family and an Orthodox Jew, recently celebrated her Bat Mitzvah, the first of its kind in Cambodia.

She recently celebrated her bat mitzvah in Cambodia, where her great grandfather His Majesty King Monivong once reigned, and where the current monarch, His Majesty King Norodom Sihamoni, is her cousin. "It was such a wonderful time to bond with family," explains Elior's mother, Susan, in  an exclusive Aish.com interview.

This was Elior’s second bat mitzvah celebration. The outgoing twelve year old celebrated earlier in her hometown of Las Vegas where she and her family are members of the Chabad Jewish community. The Koroghlis routinely host dozens of guests for Shabbat in their beautiful home. On Sukkot, their huge sukkah can hold up to 120 guests.

“The Koroghlis have people for Shabbat every week,” Rabbi Mendy Harlig, Rabbi of Chabad of Henderson in Las Vegas, explained. Sometimes his shul holds community celebrations in the Koroghli’s home. 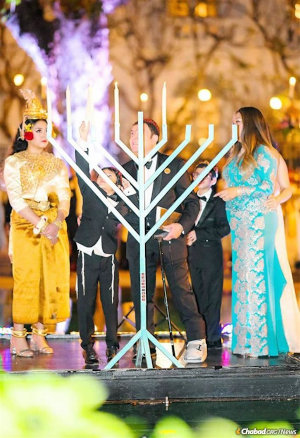 Elior with her parents, Ray and Susie Koroghli, her brothers and her sister at a Chanukah menorah-lighting during the celebration. (Photo: Kang Predi/Teh Ranie)

Susie and Ray Koroghli met in the United States, where Susie’s family lived. Her father, Thay Sok, was a Cambodian diplomat and Susie (whose full name is Sathsowi Thay) was born in Washington DC. Though her family lived all over the world and she spent much of her childhood in California, Susie grew up steeped in Cambodian culture at home. She met Ray, a Persian Jew from the Iranian city of Shiraz, after he came to study in the United States in the 1970s. Ray and Susie were both living in Las Vegas and met at  a birthday party of a mutual friend. "I was tired -- I had just come from work," Susie recalls, but when she met Ray she realized he was someone special. The pair bonded but given their religious differences marriage wasn't something they were ready to discuss. "We got to know each other for quite awhile," Susie remembers. After years of study, Susie converted to Judaism and married Ray, determined to build a Jewish home.

Even though they were not yet Orthodox, Ray sometimes attended the Orthodox synagogue Chabad of Southern Nevada. One day, Susie was waiting to meet Ray at the synagogue when she listened to a Torah class given by Rabbi Mendy's brother, Rabbi Shea Harlig. The class was "What is God?" and spoke to Susie in a profound way. "I'd always thought something bigger created all this -- Heaven and earth. I was riveted and wanted to learn more and more. I started learning from that day on." 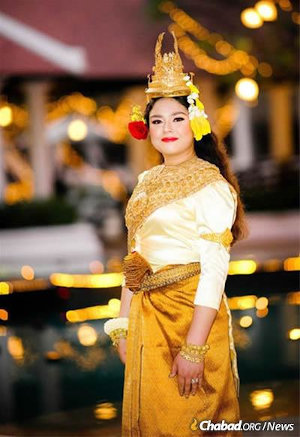 Rabbi Shea had heard that his new student was a princess but he took it with a grain of salt. “At first I thought it was a compliment her mother told her,” he recalls with a chuckle. Eventually Rabbi Harlig realized that indeed Susie was a real live royal. “She took some classes in Judaism and then she started growing,” Rabbi Harlig says. As Susie took on more and more Jewish observance she gradually moved her family to fully embrace an Orthodox Jewish life.

After learning about Judaism, Susie had an Orthodox conversion. She and Ray embrace an Orthodox lifestyle. They remarried in an Orthodox Jewish ceremony. When their children were ready for school, they chose an Orthodox Jewish school. They threw themselves into their warm Jewish community, building a home full of Torah and mitzvot.

Elior’s twelfth birthday was on the fifth night of Hanukkah in December 2018. Her family hosted a grand bat mitzvah for Elior and her friends at their home in Las Vegas. A year later, the family travelled to Phnom Phen for a second event: a royal gala celebration with the Cambodian royal family.

Elior's Bat Mitzvah celebration was held in the historic Raffles Hotel Le Royal which her grandfather, King Norodom Sihmoni, helped found. "My cousin, Princess Norodom, suggested we hold it there," Susie explained, given the hotel's royal connections and beautiful grand ballroom. Before the hotel was ready to host its first ever bat mitzvah celebration, there were a few hurdles to take care of. First, the hotel's entire kitchen had to be made kosher. That gargantuan fell to Rabbi Bentzion and Rebbetzin Mashi Butman, who founded Chabad of Cambodia in 2009. Together with Susie, they “kashered” (made kosher) the hotel’s kitchens. They flew in Israeli star chef Kobi Mizrahi to prepare a bat mitzvah feast fit for a king - literally. Throughout all the preparations, Susie kept a watchful eye on the cooking, including overseeing some food that was prepared in a local hotel kitchen for her guests during the gala ten-day visit. 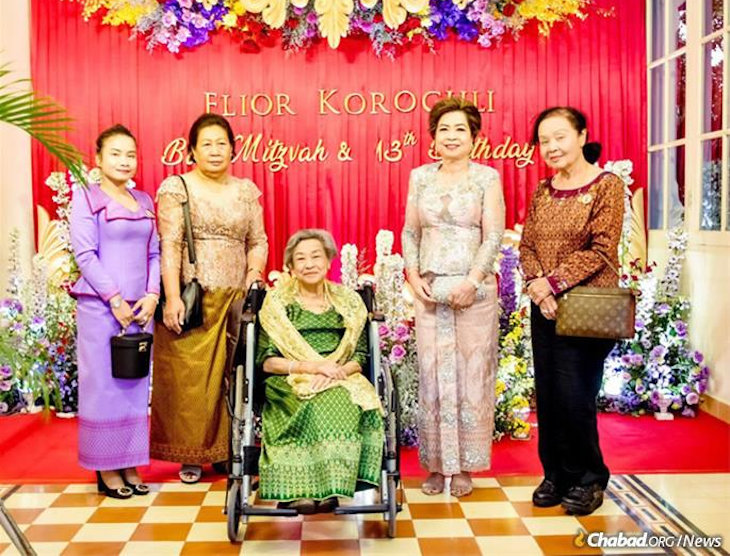 Elior's grandmother, center, is the daughter of King Monivong, who ruled Cambodia until his death in 1941. (Photo: Kang Predi/Teh Ranie)

Dressed in traditional royal Cambodian garb, Elior and her family made speeches, lit a large menorah, and talked about their gratitude to God. Guests enjoyed a gala kosher meal. A few days later, in a separate royal ceremony, Elior and her parents and siblings were formally presented to King Norodom Sihamoni and the queen mother, Queen Norodom Monineath. "They said it was so wonderful that we chose to celebrate our daughter's birthday in Cambodia. It was wonderful to be all together with my family."

Elior’s bat mitzvah celebration continued on Shabbat at the Chabad Cambodia Jewish center. When the family walked to and from the Jewish center, a royal honor guard accompanied them.

Even though Elior, her brothers, and her mother are members of Cambodia’s royal family, their Judaism gives them another source of royal feeling as well. “My wife lights up the room wherever she goes,” Ray says. “People are just drawn to her and are fascinated by her knowledge of Judaism, as well as her actions.” Asked if his wife is a Cambodian princess, Ray responds, “I call her my queen”.

Now back home in Las Vegas, Susie says that the entire Bat Mitzvah celebration was perfect. Her family was able to celebrate with Ray's family as well, as 30 people from Las Vegas flew to Cambodia to join their celebration. Ray and Susie plan to celebrate their son's Bar Mitzvah in Israel. Describing the beauty of her family's royal gala and visit, Susie sums up her feelings with a heartfelt "Baruch Hashem," thanking God for leading her on her Jewish journey and making this unique Bat Mitzvah celebration possible.