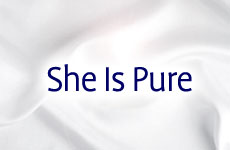 My experience preparing the deceased for Jewish burial.

When I got the call, I was unprepared. I forgot I had expressed interest in observing a tahara – preparing the deceased for burial. What had I been thinking? But I felt silly refusing the invitation, so I agreed. I told myself (unconvincingly) that this was the perfect opportunity to explore the mitzvah-with-no-quid-pro-quo. From the sidelines.

An hour later, Phyllis, the friend who had piqued my interest in the Chevra Kadisha, picked me up, reaffirming our agreement that nothing was expected of me and that if I were to change my mind, I could assist under her tutelage. Short odds on that. I didn't say much on the way to the funeral chapel, and when we arrived, I retreated into myself. I walked in and instantly tears caught in my throat and cried out for a ladies' room haven. The terrain summoned still-fresh sorrow for my father's unexpected passing a few months earlier. But there was a task to be performed here. I would hold off my own pain for later.

We took the stairs down to a dimly lit sitting parlor furnished in Victorian décor. At the back, the sad room opened to a corridor flanked on the far end by a heavy silver hospital-like door. There waited three other volunteers, Lara, Miriam and René, all friends of mine, who, with Phyllis, would comprise the tahara team.

Greetings were brief. We each donned two full-sleeved aprons with bibs -- the first yellow gauze, the second white plastic -- a pair of firemen's rubber boots to be worn over shoes, and two pairs of surgical gloves. A faded sheet with torn edges was taped to the outside of the door; each of us silently read its prayer that God help us perform this deed with the right intentions and facility. Help us? Not me. Help them. I'm watching.

Subdued and qualmish, I followed them through the door into an open, well-lit, white-tiled room. There on a spotlessly white gurney lay a stilled woman. Swaddled in white sheeting was Sarah bas Avraham, a woman well into her eighties. Her metal bed was waist high, slightly angled at its foot over a trough-like sink built into the floor. There were metal buckets and plastic buckets in the corners of the room, push brooms, hoses, and white cabinets filled with supplies: gauze, scissors, tape, sheets, strange-looking liquids, toothpicks, acetone, towels... Each labeled item had its labeled place. After we washed our hands at the sink, I backed into a corner with the brooms.

I was afraid to look at Sarah's face, but my eyes were pulled to her.

Phyllis, the leader of the team, began by murmuring the closest thing to conversation I was to hear for the next hour and a half. "Sarah bas Avraham, please forgive us if anything we do as part of the work of the Chevra Kadisha offends your dignity in any way."

Silently, carefully, she began cutting away Sarah's encasement. As the binding fell away, Lara and Miriam inspected the body for wounds that might require stanching lest the burial clothing, which must be kept spotless, become stained. The only sounds were the clip clip of scissors and René's whispered prayers for Sarah. Reading from a laminated, timeworn sheet, she said a prayer at each step of the tahara.

I was afraid to look at Sarah's face, but my eyes were pulled to her. I never saw her fully, as care was taken to keep her face covered. The Kabbalists tell us that although the eyes of the dead cannot see, exposure of the face in such a setting of helplessness is a source of humiliation to the Neshama, the soul. They say that the Neshama hovers about the body in confusion and pain until burial is completed.

Now the silence was broken by the quiet splash of water running down the gurney and into the trough as Phyllis, Miriam, Lara and René gently and methodically cleansed Sarah, section by small section. Only the part of her being washed was exposed at any moment; all else was kept covered by a clean white sheet. The women took care to save any cloth that had absorbed even a drop of Sarah's blood -- blood that had been the source of her life. Such cloths would be included in Sarah's casket.

I had inched over to the gurney and was facing Phyllis, when by way of hand gestures she asked me if I would care to remove Sarah's nail polish. There must be as few physical obstructions as possible between the body of the deceased and its ultimate home.

"No way!" I thought as my head nodded yes independently.

My throat turned to dust. This would be the first time I'd ever touched someone who was not alive.

My throat turned to dust. This would be the first time I'd ever touched someone who was not alive. But I was distracted from panic as Phyllis beckoned me to the head of the gurney where she would hand me cotton swabs saturated with acetone. It was odd. Why hadn't she just reach over and give me the swabs? I didn't know then that it is an insult to the deceased to hand articles over the body as if she were a thing, as if she had not been the vessel for a soul. Any exchange of objects is therefore conducted beyond the deceased, in deference to the body and soul that God had wed. I forced myself to pick up Sarah's right hand. It was surprisingly heavy and cool, frozen in a graceful curve. The experience was not at all macabre. My timorousness became wonder. What had she done with these hands? Had she cooked for a husband and children? Had she written letters? Played piano? Sown gardens? Carried grandchildren? Had she erred with these hands?

With my own right hand I daubed the pink away, feeling an unexpected warmth for this stranger whose face I could only glimpse. And I felt a sense of privilege that would recur each time I would perform this part of a tahara, helping to prepare a Jewish woman for her endmost pilgrimage. I did not help with the culmination of the tahara -- purifying the body by way of water. All tasks up until this point had been in preparation for this. Sarah had to be slightly moved as wooden planks were positioned under her, lifting her from the gurney. Nor did I assist when in one swift movement Lara swept off Sarah's sheet, and René and Lara engulfed her in an unbroken watershoot from the buckets. "Tehora hi (She is pure), Tehora hi, Tehora hi," said the team, and it seemed to me that had the sanctifying waters spoken they would have answered, "Yes. Pure is She, Pure is She, Pure is She."

Miriam shook out a fresh, dry white sheet and re-covered Sarah. The dressing process was very beautiful. Sarah was enshrouded in immaculate white cotton pants, undershirt, tunic and bonnet, in that order, each secured by the ladies with three-loop bows. The loops represent the three tines of the Hebrew letter Shin, the first letter of one of the Names of God. I took it upon myself to see that the bows lay spread out, flat and pretty -- another task I would eventually make mine -- while the other women beseeched Sarah bas Avraham in poignant Yiddish to remember herself as a Yiddishe tochter (Jewish daughter), and to recall her Hebrew name while on her final course.

I found the lavatory, and there I wept, deeply and profusely.

Ensconced in the casket -- a simple, unvarnished pine box lined with fragrant straw -- Sarah looked clean, warm and cared for. After closing the casket we gathered around and asked Sarah for pardon had we performed any of our work without the full respect due her. We spoke of our hopes that in the world of the living had she paid any debt of pain or suffering, and that her wayfare henceforth be one of reward. We slowly backed away and out of the room, facing the casket in final tribute to the body and soul of Sarah bas Avraham.

I found the lavatory, and there I wept, deeply and profusely. Had the Chevra Kadisha tending to my father done for him what this Chevra had done for Sarah? Had they treated him with the same care afforded Sarah? Did he finally lay clean and cared for like Sarah?

Waiting for me in the darkened sitting parlor; my friends gracefully refrained from comment when I rejoined them. We left the chapel. Emotions not quite sated, a flood of love for this mitzvah washed over me and the makings of a bond with these women of the Chevra had begun. But most remarkably, and I'm so grateful for this, I felt a strengthened security in God Who commands this Chesed shel Emes, this altruistic kindness, a security born of an internal quieting that makes me truly less afraid, somehow, of the passage of death.

Andrea Eller, a ba'alas t'shuva who attended the women's division of Aish HaTorah ("EYAHT") for a year and a half, is a writer and English teacher who also sings and acts professionally. Her latest one-woman-show is called "Shidduchim and Survival, A Ba'alas T'shuva's Tale," the story of her transition from the secular to the observant and the search for her soul-mate. (She's been happily married for six years.)

Taharah: A Personal Look at the Jewish Way of Death and Burial
Lokshen Noodle Kugel Recipe
G-d Time
Shavuot is The Holiday of Cheesecake and Blintzes
Comments