How to Maintain Your Connection with a Deceased Parent 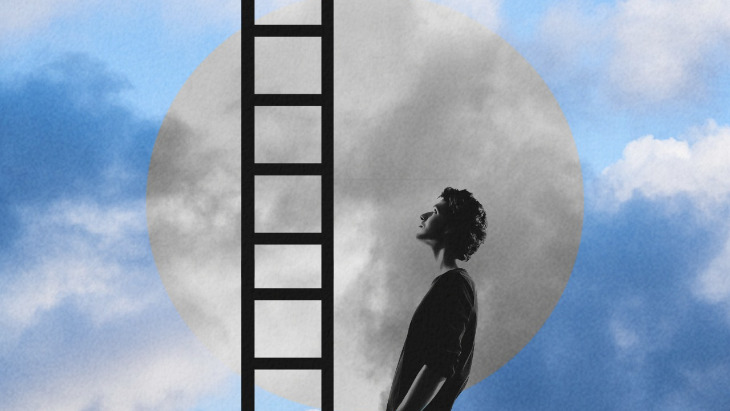 How can I “give” something to my father who is no longer alive?

This week ends the period for saying kaddish for my father.

It’s been 11 months of leading just about every daily prayer service, morning, afternoon and night, and saying kaddish approximately a gazillion times. It’s all about to come to an end and I’m surprised by how I’m feeling.

When I finished my year of mourning for my mother almost seven years ago, I felt unmitigated relief. It was my first time leading the communal prayer services in Hebrew, and I had to overcome enormous trepidation. I was gratified that I confronted my fears and pushed through, but was I ever glad when it was over.

But the year of mourning for my father has been very different. Since I am more adept at leading the prayers, my fear is largely non-existant. There were times I even enjoyed it. It isn’t relief I’m anticipating at the end of saying the mourner’s kaddish; it’s sadness. Because I didn’t feel as if I was saying kaddish for my father, I felt like I was saying it with my father. Each day I felt his presence with me.

Waking up early each morning to get to shul on time for that first kaddish, clearing my mind to focus on reciting the prayers properly, saying kaddish in various shuls with different customs, on the plane, at the bus station – I was never alone. My father was right there with me. My father has done so much for me, and this was my chance to give something back to him.

With the end of kaddish it seems like that tenuous connection between us is coming to an end. I feel like I’m saying goodbye to my father again.

What is that connection we have to a deceased parent? And how could I “give” something to my father who is no longer alive?

The Talmud teaches that a child can benefit his parents in the Next World (Sanhedrin 104a). How?

A child is called the “legs” of the parents. Why the legs and not the eyes or arms?

Angels that exist in the spiritual realm are called “omdim” – those who stand (Zecharia, 3:7). Since they don’t have free will they can’t change or grow. They remain stationary, spiritual robots who carry out God’s will without ever veering off course.

In Hebrew, a person is referred to as a “holeich”, one who walks. In this world we are charged with the mission to actualize our potential and strive to keep moving upwards. Every moment of life affords the opportunity to ascend and grow.

Once a parent leaves this world, he can no longer grow. The opportunity to improve and to do good is over. In the Next World he is stationary. The work is over; it’s time to reap the reward. But there does remain one avenue through which the deceased can keep climbing and elevating his soul, and that is through his children, who are his “legs” in this world.

My parents, of blessed memory

When children utilize the spiritual inheritance and values they received from their parents towards bringing more light into the world, they bring merit to their parents. As extensions of their parents, children can still provide a foothold for the deceased in this world. We are their legs.

So I’m feeling sadness that the opportunity to bring merit to my father through saying the mourner’s kaddish is coming to an end. But my connection to him – and to my mother, of blessed memory – still exists. I am still their “legs” in this world, and if anything, with kaddish out of the picture, I feel even more responsible to find other ways to bring them merit in the Next World.

Here are a few ways I can do that. I can proactively and consciously live up to the Jewish values they embodied. I can have them in mind as role models and share the life lessons they taught me to my children. And when performing a mitzvah, especially one that captures their spirit, I should keep them in mind. The merit of that mitzvah accrued will go to them.

I can no longer say the mourners’ kaddish but I do plan on still leading the prayer services now and then, especially during the month leading up to my father’s yahrzeit.

In addition to giving tzedakah in their merit, and dedicating Jewish books and prayer books in their name, I can have them in mind while learning Torah and teaching others.

And lastly, I can still give them honor by speaking kindly about them and giving them the benefit of the doubt.

My parents may be gone but I am forever grateful to be a part of the flourishing legacy they have left behind.

One Drink Too Many: My Journey to Letting Go of Alcohol, Finding Freedom and Choosing Happiness
Take Two: Why Pesach Sheini is Significant to Our Family
Why Really Everyone Believes in Free Will
Who was Two-Gun Cohen?
Should Jews Support Ukraine?
The Jews of Cuba
Comments
MOST POPULAR IN Spiritual Odysseys
Our privacy policy