Elul: How to Realistically Change the World 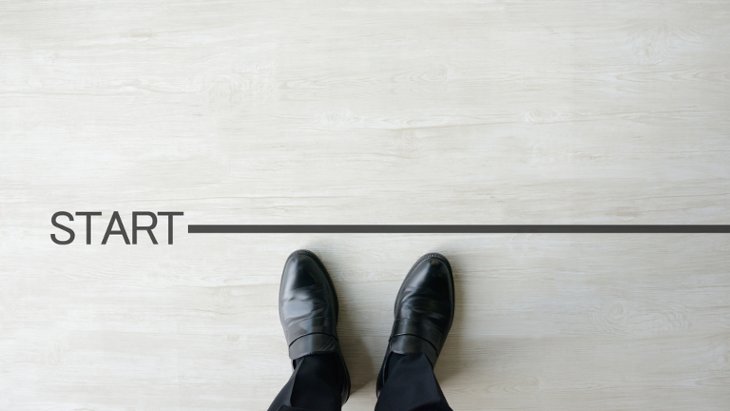 Start by thinking small - and in that way change ourselves and our own world.

Feeling down about the state of the world? Hard to read the newspapers with all of the tragedies that have become part and parcel of our daily lives?

Well the month of Elul is here – the month, with its daily blowing of the shofar, meant to remind us that Rosh Hashanah is just a short four weeks away and that we have got to give serious thought to our personal responsibility to do our part to make the coming year a better one.

In light of the immensity of our problems how can we possibly do anything that would make a difference? Can anyone of us imagine that we personally could actually play a role in changing the world?

It is precisely in response to this question that Judaism gave a startling answer. Maimonides expressed it by way of a remarkable illustration. Every one of us, he taught in his Laws of Repentance, needs to think that as God judges the world in His annual review before the High Holy Days, He finds it perfectly balanced between its sins and good deeds. Divine judgment withholds its final decree until you are brought into the equation. And if your deeds also seem to be almost perfectly balanced between the good and the evil, then one, just one additional good deed, no matter how small can be the one to tilt your judgment favorably, which in turn would decide the fate of all of humankind.

The most important piece of advice I can give anyone as I think about ways to change the world with the beginning of Elul are two words: think small.

It may be far-fetched. Yet the greatest philosopher of the Jewish people did not hesitate to phrase it this way in order to impress upon every one of us the truth that every person makes a difference – and every one of our actions has consequences on the divine scale of judgment.

That’s why I think the most important piece of advice I can give anyone as I think about ways to change the world with the beginning of Elul are two words: think small.

Just a few years ago Muhammad Yunus won the Nobel peace prize for turning the concept of thinking small into a major innovation which has already revolutionized the banking system as well as the lives of millions of people. It was in 1974 that Bangladesh was hit by a devastating flood followed by a severe famine. Yunus decided to lend $27 without any collateral to a group of women of the city of Joba nearby the University where he worked as a teacher. Women there made bamboo baskets but were forced to sell them at such a low price that could barely pay for the raw material. They could never purchase larger amounts for lack of capital. Yunus initiated what is now known as microcredit, allowing poor people anxious to make a go of small businesses to succeed.

With the small sum they received they were able to finance their work and to establish themselves. Micro-finance, or microcredit, was born. Thinking small, something never practiced before, created a new way of life and of opportunity. One small act changed the balance of the scale – and millions today prosper.

And there is yet another way to think small. It is expressed beautifully by way of a story told in the name of the Chofetz Chaim.

At one time, he was asked how he was able to have such a great impact on the Jewish world.  This is how he answered: “Originally, I set out to change the world, but I failed.  So I decided to scale back my efforts and only influence the Jewish community of Poland, but I failed there, too.  So I targeted the community of my hometown of Radin, but I achieved no greater success.  Then I gave all my effort to changing my own family and I failed at that as well.  Finally, I decided to change myself and that’s how I had such an impact on the Jewish world.”

Most people want to change the world to improve their lives, but the world they need to change first is the one inside themselves.

There is a movement today that has taken the concept a step further into practice. It concerns itself not with the really large issues, issues which realistically most of us will be unable to influence, but with the smaller daily interactions which in fact define everyday life. It’s called “small acts of kindness” and I love it precisely because its demands are so easy and yet, if universally practiced, would really change our lives.

The suggestions are simple. Choose one or a dozen:

Grandiose plans are great – but we rarely do them. Impressive ideas for changing the world are, yes, impressive but frequently impractical and unrealizable. So perhaps this year before Rosh Hashanah we could scale down our ambitions and think small – and in that way change ourselves and our own world.

How to Really Grow During the Month of Elul