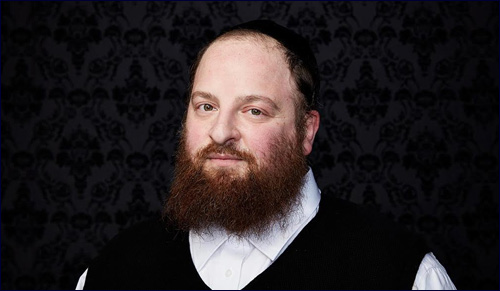 Imagine: you feel it deep in your soul - it’s your dream to become an actor. Now imagine: you are a Hasidic Jew who lives in the cloistered community of New Square where no one watches television or movies and most people don’t even know what an actor is.

Menashe is the star of the critically acclaimed film Menashe, loosely based on his life, which premiered at the Sundance Film Festival in January and was released more broadly this summer. It has received rave reviews, garnering a 93% “fresh” score on the review aggregator Rotten Tomatoes. Not bad for a film set in Borough Park about Hasidic Jews which is in Yiddish. And not bad for its star Menashe Lustig.

Ironically, Menashe Lustig’s personal story is in some ways more of a “Hollywood story” than the movie Menashe based on his life. If that makes sense.

Lustig explains in a Jewlarious interview, “In the natural way, it would be very difficult to explain this, how I got into this movie. It could only be described as hashgucha pratis (Divine intervention). Everyone has to know what his abilities are. I was born with a talent to act but I didn’t know what to do with this talent. In Hasidic circles, they have badchanim (jesters), but that’s not me. So I was always praying to God, asking him to help me find my way. But I didn’t want to go out from my community. I am from New Square and I like my community.” 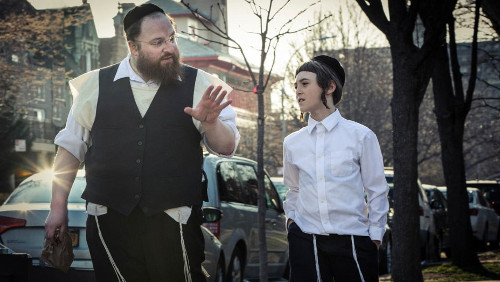 Lustig discussed his predicament with his brother in law, Hasidic musician and entertainer Lipa Shmeltzer who advised him to make some videos and put them online. He uploaded a few videos to YouTube, but in Lustig’s words, “I didn’t know how to manage things.”

Enter Josh Weinstein. Weinstein is a filmmaker from New York, of documentaries primarily, who decided that he wanted to make a film about the little known community in his back yard: Hasidim. He contacted Lipa Shmeltzer and through that meeting met Menashe. “He saw me acting together with Lipa,” says Lustig. “He watched the clip that I put on YouTube and found that I was very natural. He called me and asked me if I act normally. I told him that I love to act, but in my circles, people aren’t into it. So he said, how about making something for me. I said, it will never happen. I told him my story and he wanted to come to my house in New Square. We talked for hours and hours and he said he will do anything to make it kosher.”

Despite his dream of becoming an actor, Menashe was still uncertain. He didn’t want to do anything that would cause discomfort to his New Square Hasidic community, or worse, portray Judaism in a negative light. That’s when he received a phone call from Danny Finkleman, a filmmaker who knew both Weinstein and Lustig, and himself a Lubavitcher Hassid. “Danny told me that this could be a big Kiddush Hashem (sanctification of God’s name). You have to do it. This is an opportunity that won’t come again”.

I am not here to be a star; I am just here to use my talents.

Lustig agreed. He and Weinstein began to meet for long interview sessions and Weinstein became particularly interested in a tragedy that had taken place in Menashe’s life: his wife had passed away and his Rabbi had advised that his son should not move with him to New York until Menashe remarried, as the Rabbi felt that a stable family life was critical for the young boy’s development. This was the backbone that formed the story behind Menashe, the film.

Three years after their initial conversations, Menashe Lustig was in the audience at the Sundance Film Festival in Salt Lake City watching 2000 people watching him. The reception to the film has been overwhelmingly positive, perhaps most surprisingly, amongst people who are not Jewish. “At the screening in Utah,” Lustig relates, “A lady came up to me. She wasn’t Jewish. She said, ‘I am not sure what you do when you go to the mikvah, but the message I take away is that there is hope’. That’s the message of this film. She’s right because I had times when I was deep in depression. And now…I never thought one day everyone would be watching my story.” 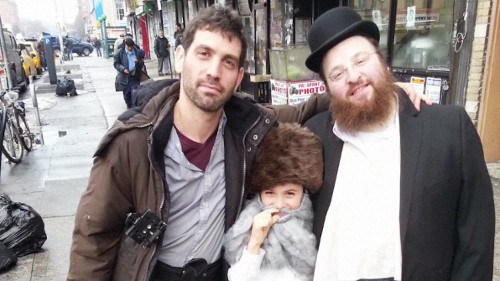 When asked if he has any advice for others who are also trying to find their way, Lustig offers the following advice. “I am not a painter, and I am not a cook. My talent is acting. I am not here to be a star; I am just here to use my talents. And that’s what everyone should do. Find your talent. Also I would tell people what my rabbi says. Whatever you do, prayer is the key. Ask the Ribbono Shel Olam (Master of the Universe). Ask him for help and daven. Tell him, ‘I am relying on you. Help me do the right thing’. You have to choose your own path. But you have to talk to God and he will help guide you.”

Tower Heist
Lessons from the Book of Jonah
Where Are We? The Body, Brain, Soul Problem
Dr. Sheila Nazarian’s Escape from Iran
Comments
MOST POPULAR IN Jewlarious
Our privacy policy
Aish.com Is Looking for Great Writers