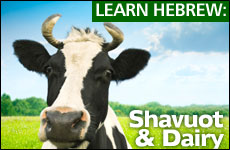 Shavuot is the time the Torah was given to the children of Israel on Mount Sinai over 3,300 years ago. It is traditional on Shavuot to eat dairy foods: cheesecake, lasagna, etc. There are many reasons given, one of which that on the day that the Torah was given, the Jews could no longer eat the non-kosher meat they had, so they ate only dairy products.

Although the Bible refers to the Land of Israel as "flowing with milk and honey" (אֶרֶץ זָבַת חָלָב וּדְבַשׁ), in the past century Israel was confronted with many obstacles in its attempt to produce milk – such as the heat, the humidity and limited water supply. In spite of these limitations, Israel has made many achievements in the dairy industry that has turned it into the largest in the Middle East. 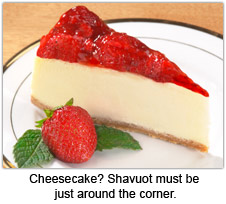 Israel has developed a special breed of cows, called the Israeli-Holstein breed, which best fit the Israeli climate. An advanced technology, developed in Israel, monitors and records data about the herd, and helps manage feeding, milk production, and genetics. The result is that Israeli cows have the highest national milk yield in the world – averaging 11,281 kg of milk per year.

In addition, Israel produces tons of sheep's and goat's milk that is internationally recognized for its high quality and hygienic properties.

When you meet an Israeli abroad and ask what they miss the most, the answer is usually גְּבִינָה לְבָנָה (gevina levana), referring to soft, spreadable white cheese that has not been replicated elsewhere in the world. This white cheese appears on almost every dinner table in Israel, with varying percentages of fat. It is one sample of the huge variety of milk products that one may find in an average dairy section of an Israeli supermarket. 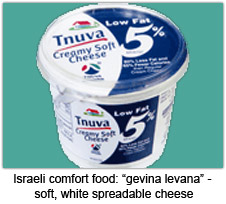 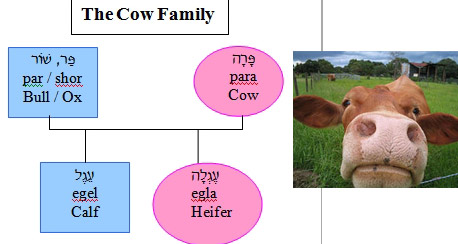 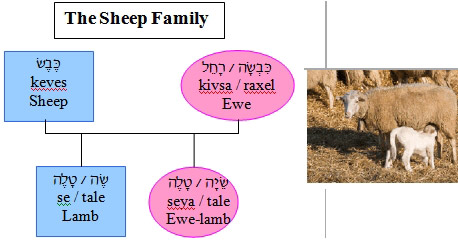 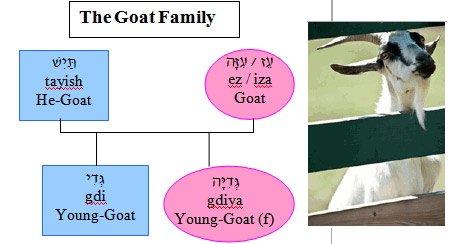 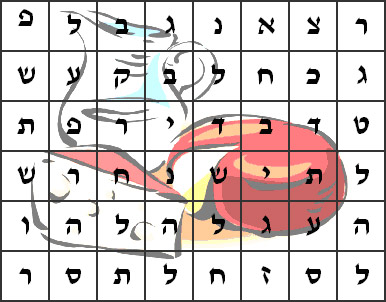