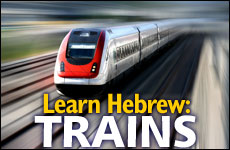 When you land at Ben-Gurion Airport and want to reach Tel-Aviv, Haifa, Modi'in, Herzlia, or many other cities in Israel, you can simply follow the signs pointing to the railway station located within the airport. That way, in a short time, with much comfort and no traffic, you will find yourself at your destination.

Not long after the first public railways were constructed in the 19th century, Sir Moses Montefiore envisioned expanding the railway tracks that had been laid from Egypt to Palestine. However, it took 51 years to lay the first track from Jaffa to Jerusalem. The first train traveled this 82 km (51 mile) distance for the duration of 3 hours and 50 minutes and was welcomed festively into Jerusalem. 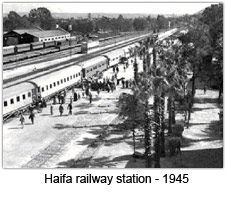 In the first half of the 20th century, the tracks connected Haifa to Damascus in the north and extended all the way down to the Sinai Desert to allow the transportation of the Turkish military. In 1942 the British opened the Haifa-Beirut-Tripoli line; the remains of the rails can still be seen in Rosh Hanikra.

For years, however, the train connecting Haifa, Tel-Aviv and Jerusalem worked in an inefficient manner, with winding routes and uncomfortable conditions.

In the 1990s, Israel Railways embarked on an ambitious multi-billion dollar expansion program, refurbishing and upgrading existing lines, and constructing new routes, as well as electrification of much of the system and the purchase of new cars. Today, the tracks cover most of Israel -- from Nahariya in the north to Be'er Sheva in the south. While cars fight the rush-hour traffic, commuters zip through the center of Tel Aviv. All told, more than 35 million passengers traveled by train during 2008.

The vision of Moses Montifiore is being realized. If he could see the busy train stations and the trains zipping along the rails, he would surely be satisfied and proud. 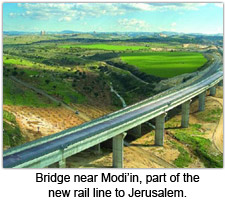 The next time you're in Israel, be sure to visit the Railway Museum located at the Haifa east station. There you can see exhibits of milestones in the development of the railway transport in Palestine, including Parlor car #98, which was built in 1922 for dignitaries including Winston Churchill, Ethiopian Emperor Haile Selassie, Queen Elizabeth of Belgium and David Ben Gurion. 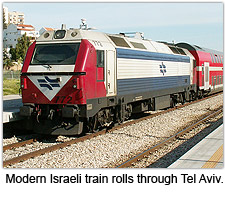 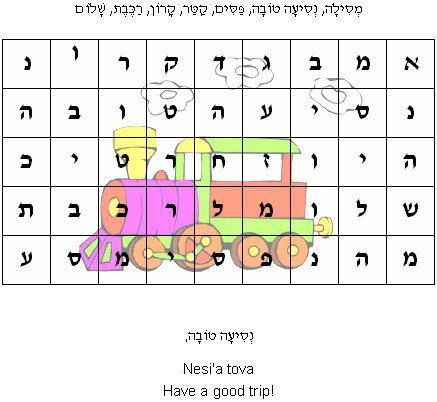 Learn Hebrew: Water!
Faith: the Axis Upon Which the Wheel of Science Turns
Love - Not Just About Chemicals Anymore!
Is There a Moral Code in a Virtual World?
Comments
MOST POPULAR IN Hebrew
Our privacy policy