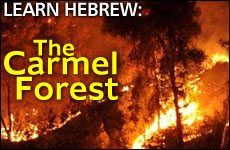 A story about the power of nature and of human generosity. 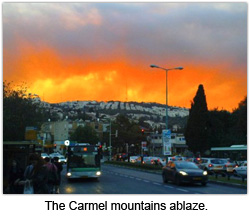 Mount Carmel (כרמל) is Israel’s evergreen mountain – a source of life and beauty, a place of biblical miracles.

During Chanukah this year, friends of Israel worldwide watched in horror as 50,000 dunams (more than 12,000 acres) of beautiful forest including 5 million trees burned. Forty-three people died while trying to save others from the fire.

Over 17,000 people were evacuated from their homes. Many villages badly suffered from the fire such as Kibbutz Beit Oren, the artists’ village of Ein Hod, and the youth village Yemin Orde. 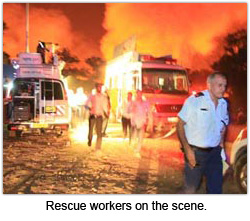 A rainless winter that left the trees and the ground dry, combined with strong winds, made the attempts to extinguish the fire almost impossible. Israel needed help (עֶזְרָה) and the world was there for us. Many countries – Canada, Croatia, Jordan, Spain, Switzerland and others – sent assistance in the form of fire-extinguisher aircrafts and helicopters, firefighter trucks, fire experts and firefighters. Beyond the physical help, Israel had a feeling of support and care – a welcome respite from the global attitude of condemnation from which Israel so often suffers.

We mourn for the families who lost their loved ones in the fire. And we mourn for animals (חיות) and the trees (עצים) which will take decades to heal, revive, and recreate its beauty and vitality.

The Carmel is not burning any longer, but the loss of lives and nature is still very painful. Now it is time for mourning and healing. 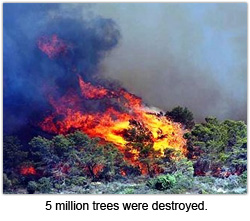 We devote this section to two dear people who lost their lives while trying to save others in the Carmel fire. 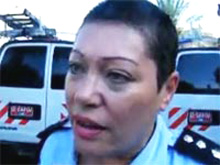 אֲהוּבָה – Ahuva
Ahuva is a girls’ name meaning “beloved.” Brigadier Inspector General (תַּת-נִצּבָ) Ahuva Tomer was the first woman to command a police post in Israel. She later became commander of the Haifa station, the largest in Israel. When she heard that a bus had been caught in the fire, she rushed to the scene, but was also trapped in the flames that destroyed the bus carrying Prison Service cadets. 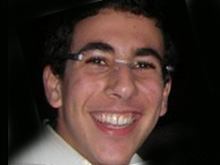 אֶלְעָד - Elad
In the Bible, Elad is listed as one of Ephraim’s sons (1-Chronicles 7:20-21). The name is composed of the words אל (El, “God”) and עד (ad, “eternity”). Elad Riben was a16-year-old student who volunteered as a "fire scout" at the Haifa fire fighting station. Elad lost his life while volunteering in battle against the Carmel Mountain fire. “When he saw the smoke over the Carmel Mountain, he left school and ran to help save lives, but got caught in the fire and lost his own life (חַיִּים). 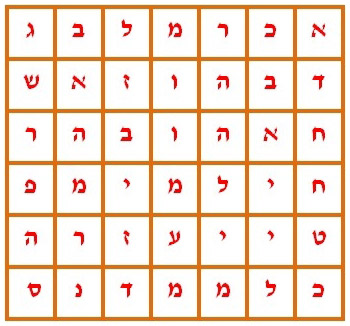