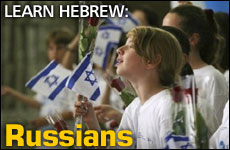 One million immigrants have changed the face of Israel.

Twenty years have passed since the massive wave of aliyah (immigration to Israel - עליה) to Israel from Russia (רוּסְיָה) and the former Soviet Union. During this time, Israel has absorbed nearly one million olim (newcomers - עולים) from that part of the world.

The current president of Israel, Shimon Peres, recalls accompanying David Ben-Gurion to a meeting with French premier Charles de Gaulle in 1961. Peres describes: “After lunch we were invited for coffee around a small table in the magnificent garden of the Elysee Palace. As we sat around the table, de Gaulle suddenly asked Ben-Gurion: ‘Mr. Prime Minister, what are your secret dreams? Tell me and I will tell no one.”

Ben-Gurion was surprised but answered shyly: "Mr. President, if you had asked me this question 20 or 30 years ago, I would have probably presented you with a map. But today, I have one main secret dream – more Jews!"

At that point de Gaulle was surprised. "Are you sure? And where would all these Jews come from?"

Ben-Gurion answered: "From all over the world." He then mentioned that many could come from the Soviet Union.

De Gaulle was surprised: "What? Will the communists allow them to get out of there? It is inconceivable."

Thirty years later, Ben-Gurion's dream became a reality. In the late 1980s, Soviet President Gorbachev made some steps to liberalize the Soviet Union and allowed Jews to leave the country. The collapse of the Soviet Union in late 1991 facilitated this process. 190,000 olim reached Israel in 1990, and another 150,000 in 1991. In the past 20 years, approximately one million Jews from the former Soviet Union made their home in Israel – comprising approximately 15 percent of the entire population of the State of Israel.

The aliyah from the former Soviet Union is unique in terms of the immigrants’ high level of education. Many professionals, including 23,000 physicians, 100,000 engineers, musicians, etc., flooded Israel in a very short period of time. In Israel today, the mother tongue of one-third of active physicians is Russian.

However, many of the immigrants were unable to find jobs in their own professions and ended up working in "high sweat" jobs, instead of high-tech jobs. 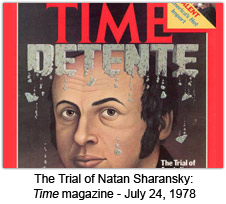 Perhaps the most famous Israeli Russian is Natan Sharansky, a former Soviet refusenik who spent nine years in a Siberian labor camp before being released. In Israel, he became a cabinet minister, and today serves as chairman of the Jewish Agency.

Fifty percent of the Israeli Olympic athletes are originally from the former Soviet Union. Yuri Foreman, a native of Belarus who immigrated with his family to Israel at age 9, recently held the World Boxing Association super welterweight title. Half of Foreman's day is dedicated to Talmudic studies; he is on track to become an Orthodox rabbi.

And while the Russians have integrated relatively well into the Israeli economy and politics, they still proudly hold onto their Russian lingual and cultural affiliations. 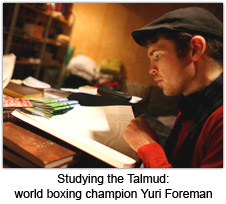 Translation: God, guard me from my friends; I will guard myself from my enemies.

Translation: There is no bad without good.

A girl’s name popular among Russians. 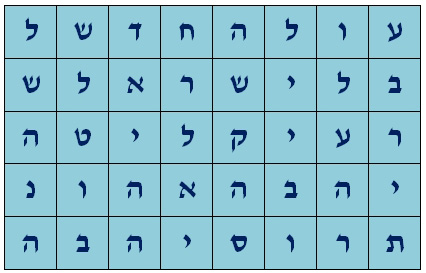 Learn Hebrew: The Carmel Forest
Evolution 2.0: The Coming Darwinian Revolution
Chukat 5782: Let’s Play the Blame Game!
The Sin of Moses: The Two Ways to Communicate
Comments
MOST POPULAR IN Hebrew
Our privacy policy