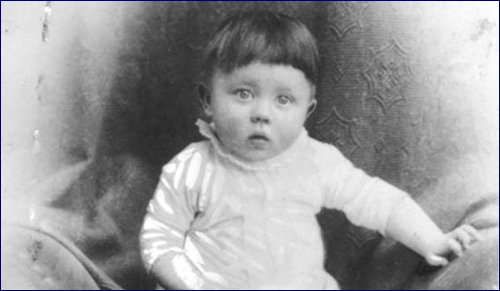 One must differentiate between potential and actual evil.

Last week Twitter was quite atwitter and op-ed columnists had a field day in response to a fascinating question raised by the New York Times Magazine. Perhaps to celebrate the 2015 arrival of fictional Marty McFly popularized in the classic time travel film Back to the Future II, the Times took to Twitter to ask people: “If you could go back and kill Hitler as a baby, would you do it?”

That opened the floodgates to a stunning and widely varied number of responses. None of them however, to the best of my knowledge, offered the traditional Jewish reply to almost exactly the same question – a question asked millennia ago of God by no less than His angels.

But before we get to that let’s see the direction most people have taken.

As a number of responders pointed out, justification for killing baby Hitler on the assumption that it would have prevented the far greater evil of the Holocaust can’t really be considered a certainty. Matt Ford, in the Atlantic magazine, offers the intriguing suggestion that the historic nonexistence of Adolf Hitler would in all probability not have altered the inevitability of World War II as well as the Holocaust.

“His [Hitler’s] absence from history would not remove the underlying political ideologies or social movements that fueled his ascendancy. Before his rise to power, eugenic theories already held sway in Western countries. Anti-Semitism infected civic discourse and state policy, even in the United States. Concepts like ethnic hierarchies and racial supremacy influenced mainstream political thought in Germany and throughout the West. Focusing on Hitler’s central role in the Holocaust also risks ignoring the thousands of participants who helped carry it out, both within Germany and throughout occupied Europe, and on the social and political forces that preceded it. It’s not impossible that in a climate of economic depression and scientific racism, another German leader could also move towards a similar genocidal end, even if he deviated from Hitler’s exact worldview or methods.”

So it wasn’t just Hitler. History seems to have a way of fulfilling its own agenda which can’t be stopped with the elimination of any one player, no matter how important his or her role – so killing baby Hitler, Ford says, would have been pointless and perhaps nothing less than murder.

More intriguing still, are some fictional depictions of attempted retroactive Hitler assassinations. In a famous Twilight Zone episode, a character sent back in time to kill baby Hitler succeeds – but Hitler’s mother then adopts another baby and raises it as Adolf who grows up to commit all of the very crimes history records in his name. The trajectory of history simply can’t be altered.

Somewhat similarly, Eric Norden, in his novel The Primal Solution, conjures a Holocaust survivor who successfully goes back in time to control Hitler’s mind and forces him to drown himself – only to have Hitler survive, identify the source attempting to kill him as Jewish and for that very reason become a virulent anti-Semite dedicating his life to genocide of the Jewish people.

All the answers opposed to killing baby Hitler are rooted in the impossibility of actually knowing what might have been.

But the response of God, who is omniscient and certainly knows the future without qualification, was remarkably different.

As Ishmael was on the verge of death in the desert, “God heard the lad's voice, and an angel of God called to Hagar from heaven, and said to her, what is troubling you, Hagar? Fear not, for God has heard the lad's voice in the place where he is” (Genesis 21:17). The rabbinic commentators tell us that at that moment the ministering angels were perplexed. They could not understand why God created a well nearby from which Ishmael could drink and be saved. “Lord of the universe,” they asked, “for one who is destined to kill your children with thirst, you are bringing up a well?”

To which God replied: “What is he now? Righteous or wicked?”

God said to them, “According to his present deeds I judge him.” [Genesis Rabba 53:14]

A baby has the potential to be saint or sinner. No judgment can ever be made until the choice is actualized.

That is the profound meaning of the concluding words in the verse telling us that God heard the lad’s voice “in the place where he is.”

A baby has the potential to be saint or sinner. No judgment can ever be made until the choice is actualized. Baby Hitler cannot be killed retroactively – not only because we can’t be sure of the outcome but because even God only executes judgment when human free will has actually chosen the path of evil.

But please do not be misled and conclude that the decision not to kill baby Hitler is predicated on any suicidal kind of compassion. Do not attempt to apply this to the contemporary reality of barbaric terrorism in Israel today. Do not, as some respondents have suggested, assert that from an ethical perspective no one is ever justified in killing another human being. That is not true. Once baby Hitler or any of his disciples make clear the path they have chosen, the Torah makes equally clear they must be stopped, even if in the process they are killed. The Talmud teaches, “If someone comes to kill you, rise up early and slay him first” (Brachot 58a). As the Torah makes clear (Exodus 22:1) someone who is a threat to life has forfeited his claim to life and to the compassion we are commanded to display to those who equally value its right for others.

The very first act attributed to Moses was killing the Egyptian who was about to murder a fellow Hebrew. Like a terrorist intent on stabbing and killing a Jew today in the streets of Israel, the Egyptian/Hitler deserved to die, and the man who spoke to God “face to face” was the one who carried out that extrajudicial sentence.

Baby Hitler, as still an innocent, must be judged “in the place where he is.” Go back in time if that ever proves possible and you cannot kill him. But meet Hitler as modern-day terrorist attempting to murder, then killing him to remove the lethal threat and save lives is a mitzvah that follows in the tradition of Moses, the greatest Jew of our history.