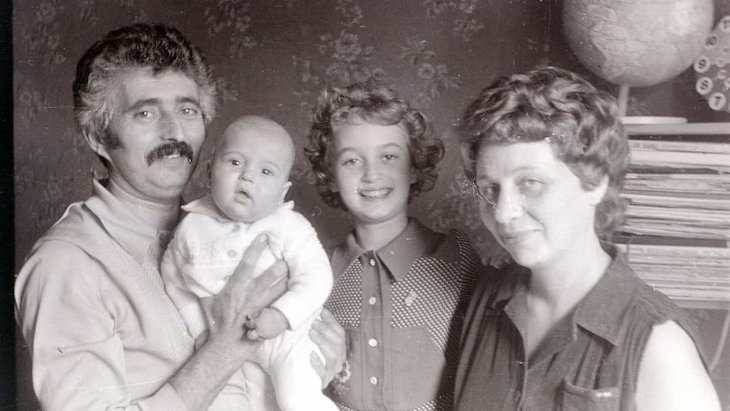 I am grateful that despite years of oppression, Soviet leaders were not able to erase the yearning for our spiritual inheritance.

Jewish people can be found in the most unexpected corners of the world, sharing remarkable stories of survival and endurance. Empty synagogues and cemeteries can be found, as a reminder that Jews were scattered across the globe.

I often travel to visit these forgotten places and pause to appreciate the empty buildings, looking at them through the overgrown grass. I am conflicted between feeling melancholy for the forgotten addressees of these synagogues and joyous for the resilience of the Jewish people.

Growing up in the Former Soviet Union, my family immigrated to the United States in 1989 (that’s me and my family in the photo above in our apartment in the Soviet Union). We too were once part of a different land in another country.

As Jews immigrated, they took the Jewish noise of the everyday lives, leaving behind a profound, haunting silence that creeps along the empty streets.

Last year, my husband and I visited Georgia, a country that was a part of the former Soviet Union. We joined a group whose purpose was to visit Jewish communities and synagogues in that part of the world. While the capital city of Tbilisi still has a vibrant Jewish life with a beautiful synagogue and restaurants, most Jewish communities in the country dwindled from thousands to just a few families. These remaining Jews became the 'keepers' of not just physical buildings, but of memories of the streets that were once filled with the sounds of prayer, Torah learning, kosher food markets and games of kippah-wearing boys.

These last remaining Jews were left to deal with unexpected silence. As most Jews moved on to immigrate to other lands, they took with them the Jewish noise of the everyday lives – the sounds of Torah discussions and Talmudic debates, laughing children, crying babies, loud women and Shabbat songs – leaving behind a profound, haunting silence that creeps along the empty streets. 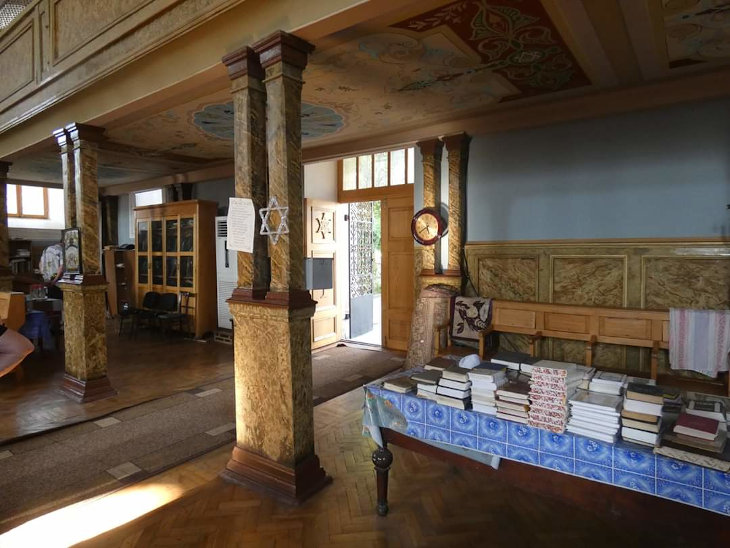 Author's photo of a shul in Georgia

My family was also looking to rebuild our lives in a country where we would be able to openly practice our faith and celebrate our Jewish identity. Communism prohibited all religious observances; teaching Judaism to the next generations was an almost unattainable task. Leaving the Soviet Union was once an impossible dream. Yet many brave people fought for our freedom and one of such individual was a Georgian Jew, Shabtai Elashvili.

In August of 1969, during the prime reign of Communism, Shabtai Elashvili made an unthinkable decision to appeal to the UN Human Rights Committee, the Israeli Prime Minister and the Israeli ambassador to the UN, asking for permission to immigrate to Israel. Together with seventeen other Georgian Jews, he signed an appeal performing an unimaginable act of defiance against the tyranny of the Soviet regime.

What motivated these 'warriors of faith' to stand up against the oppressive, atheistic culture of Soviet society? Their answer was simple:

"The time of fear has passed," their letter read, "the hour of action has come… We demand the UN Human Rights Commission to take immediate steps to obtain in the shortest possible time permission from the USSR government for us to leave. How is it possible at the end of the 20th century to forbid people to live where they want?"

This was the first public stand by Soviet Jews against the Communist government. This appeal caught the attention of Golda Meir who decided to publicly support the right of the Soviet Jews to immigrate to Israel. Incredibly, just two years later, despite Soviet restrictions, these eighteen individuals and their families were let out of the Soviet Georgia to immigrate to Israel.

Today as I reconnect and rediscover my Jewish customs and traditions, I am so grateful that despite years of oppression, Soviet leaders were not able to erase the yearning for our spiritual inheritance. Despite seventy plus years of Communist regime, my family continued to identify with our heritage and our Jewish nation.

The Land of Israel has an incredible importance in my personal life. Both of my boys had their Bar Mitzvah celebrations near the Western Wall in Jerusalem. This was the proudest moments of my life. My heart was overwhelmed with emotion when our family traveled to Israel, together with our parents and siblings, to mark this occasion in the holiest place for the Jewish people.

As I left my corner of the world, I took with me a unique 'baggage' from the place of my birth. Part of the neighborhoods and cities where we once lived came with us to our next stopover. Some things in life can never be left behind, for it is a part of the Jewish destiny. These places and communities continue to live in our memories, as lingering melodies of our past.

I have dedicated my life to my Jewish heritage and I no longer resent my Soviet childhood. Most Jews of this generation have powerful stories that go back to many different lands, languages, cuisines, music, garments and other unique traditions. Yet, despite all the differences that we bring from our 'travels', we are a Jewish nation that has one country that we call home – Israel. 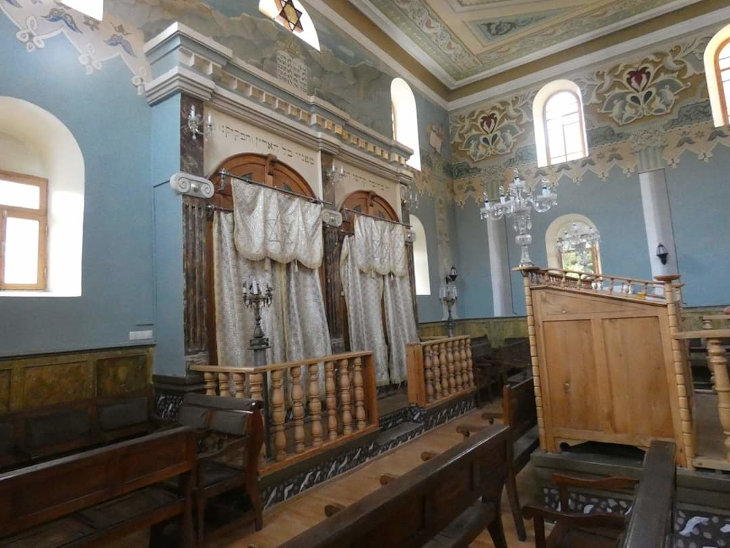 There is no better proof of our unity than to recognize that we as a people never stopped yearning for our return to our homeland. Every major milestone of our lives includes references to our Jerusalem and the Land of Israel. We waited, we prayed and we dreamed about the ingathering of the exiles. We never forgot the beginning of our story.

As I peeked through a small window inside an empty building of a synagogue, I rejoice in knowing that these congregants have immigrated to Israel. This thought filled me with hope and pride, and a yearning that someday in the near future all Jewish people from all the corners of the world will complete our journey through the exile and come home.

The Power of the Wheel

Grieving for Mumbai
Evolution 2.0: The Coming Darwinian Revolution
Chukat 5782: Let’s Play the Blame Game!
The Sin of Moses: The Two Ways to Communicate
Comments
MOST POPULAR IN Israel
Our privacy policy