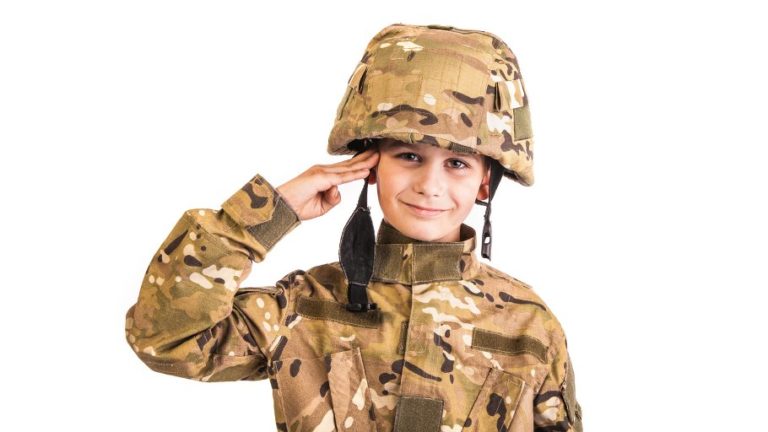 The way my parents made Jewish summer camp sound, I thought I was joining the US Armed Forces.

When I first went to Jewish summer camp I thought I was joining the US Armed Forces. The way my parents described it, it sounded like some kind of boot camp, in other words, it sounded awesome. I was watching G.I. Joe at the time so I thought I was prepared. And when I arrived it didn’t disappoint. They called the medical center an infirmary. Bunks looked like worn-down barracks. They had bunk beds, and campers went on hikes and overnights. They did flag raising and used a loud speaker to wake everybody up. They even had a war of colors. I was excited. I always wanted to be a soldier.

But Jewish summer camp changed my understanding of the army experience real fast.

Here are some memories from my first summer when I was eleven years old. I thought I was going to Jewish summer camp. But really, it was a pre-military academy.

A Jewish camp infirmary is like a hospital with no television, and a lot of gauze pads.

They have these in the military to care for people suffering from battle wounds in the middle of war. In our camp, we went for nukem and gaga injuries.

Just like in the army, our infirmary had nothing but gauze. A Jewish camp infirmary is like a hospital with no television, and a lot of gauze pads. All the nurses knew how to do was apply rubbing alcohol and gauze pads. A splinter? They pulled out the gauze. Hiccups? Gauze and rubbing alcohol.

In fairness, some camp nurses knew how to do other things like knitting for example. I saw a few of them stitch up my friend’s cut, and it looked like a sweater. I learned real quick that if I ever needed real medical assistance, it was hospital or nothing. I needed actual medical equipment.

We hiked like they do in the military. But on our hikes at Jewish camp, we had a van fifteen meters behind us. I am pretty sure the army doesn’t provide a military escort on a two-kilometer hike just because Chaim Finkelman has asthma.

Overnights in Jewish summer camp are where we go on a mission, with our sleeping bags and stay in the woods, two hundred meters away from our bunks, just in case somebody needs to use the restroom.

Camping was not meant for Jewish kids from the Tri-State area. These kids did not stop complaining. It was scary for them. One of my friends was crying because he forgot his toothpaste. Max Jacobson complained that the ground was too hard to find a good sleeping position. Poor Max.

This guy knew everything about overnights, and how to use a Swiss Army knife. He was like a tracker. His army skills were so prolific, he could open any bottle with that thing. He claimed that he could help us catch our enemies, but all we caught were salamanders. Coming back with our spoils from battle, in a pickle jar we poked holes in. That was exhilarating.

We bonded by telling regular stories in a soft voice and ending them by getting loud. What made the story really scary by using our flashlights on our chins. That freaked me out. I’ve heard stories about getting lost in the woods, but you put a flashlight on your chin and then nobody feels safe.

They really should have called these things barracks. This made me feel like I was in the service. I just hope that in the army, the person on the top bunk doesn’t have accidents like my bunkmate.

Say what you want, I know what it’s like to sleep in subhuman conditions. After that first summer, I did not complain about sleeping in the same room as my brother. All my parents had to say was “Camp” and they knew I would be thankful that my mattress did not have springs popping out of it.

Imagine an army convenience store with just candy. This was a dream come true for me. All necessities that they did not serve in the cafeteria; gummy worms, Pez and chocolate. How did I know it was a religious Jewish camp? All the candies were by the Paskesz company. Even Twizzlers had a Paskesz sticker on it.

This is not how war looked on G.I. Joe.

We never fought, but we did learn to hate our former friends who were associated with different colors. Ever seen the movie The Wave? Color Wars was the camp’s way of educating children to hate their fellow Jewish bunkmates for a few days, with no redeeming lesson at the end.

I did learn that the kids on my team are people I don’t want to go to war with. They have no idea what war is. These kids think war is a relay race, where you take on soldiers from other teams camouflaged in bright yellow, hot purple and fluorescent blue.

After Color War, I became less intense. I noticed how annoying it was to have to wake up every morning to a loudspeaker at 6am for flag raising. I didn’t want the boot camp experience anymore. I embraced being a Jewish boy, sleeping outside with bug repellent and mattresses. Nonetheless, I was proud that I had been through a tougher experience than the army, Jewish Summer Camp.

At the end of the summer I returned home and got some perspective and suddenly I was shocked that my parents made me suffer through such horrible conditions. We were like little Jewish warriors, walking around covered in bug repellent and no sunscreen, not to mention the fact that we were wrapped head to toe in gauze. True we did learn some valuable lessons that first summer in camp including the fact that you can sing “Bang Bang Clap” and still hate people wearing hot purple. All of these lessons were crucial in formatting my new Jewish camp identity: I was now G.I. Jew