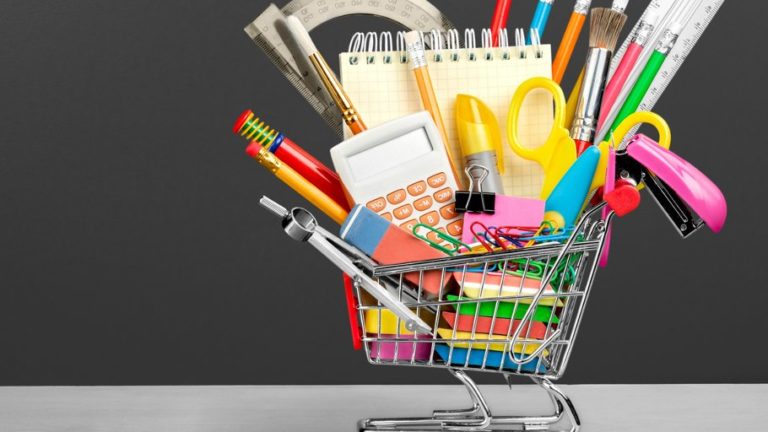 No I cannot explain why your tuition doesn’t include pencils.

The new school year is here and the Jewish day schools already gave you a checklist of stuff to buy, most of which is not in the Back to School Sale package at the local drug store. They gave you a list, but they didn’t explain it. Being that we are Jewish and need clarification, I will give you the list with the necessary explanation. In answer to your question, no, I cannot explain why your $18,000 tuition does not include pencils.

Post-its make it easier to write nasty stuff and stick it on somebody’s back.

Many schools are going green. This is why it is important to purchase a laptop that you will throw out in two years, when it is obsolete.

If your child is in a religious school, you may want to consider sending them with parchment. It is better for Torah classes, and I haven’t heard of any environmentalists protesting about parchment. Apparently they care about trees more than animals.

Unfortunately, your school did not mention a pencil sharpener. If they had that, the kids could use their pencils from last year. They also didn’t suggest erasers. At that point, you might as well use felt markers.

Schools put a lot of emphasis on the pencil. These kids are coached to take extreme care of their pencil.

Other Jewish school supplies are being neglected. Pencils have a box. Crayons have a box. Lunch has a box. Tefillin has a box. Why does glue and Scotch tape get nothing?

Extra Pens for Your Child

People don’t borrow pens, they steal them. They never return them. It is the same with pencils. That is why all standardized tests are administered with number two pencils. Because the first one was stolen.

Your day school tuition does not cover facial tissues. This needs to be ordered separately. Toilet paper? Yes. Facial tissues, no. Sorry, little Moishie, you will just have to blow your nose into the toilet paper. You’ll be OK.

The grocery store is selling printers as back to school gear, if your child has enough room in their knapsack to schlepp that to school every day. This is not on the school list. Supermarkets are just selling anything they can.

If you want your kid to develop a phobia at a young age, start them with carrying disinfectant now.

This is what the local Jewish day school suggested. I can’t prove it, but I have a feeling Crayola is giving them kickbacks. E. Steiger, Roseart and Cra-z-Art crayons won’t work. They must be Crayola. Maybe they don’t want your kids being judged by the kindergarten crayon snobs who only eat Crayola.

This makes it easier to write nasty stuff and stick it on somebody’s back.

Picking out the backpack is the hardest part of back to school shopping. No school suggested an attaché, but that is only because they don’t come with Disney characters yet.

Make sure the backpack looks cool. Your child cannot wear the same backpack they wore last year. Teletubbies are not cool in the sixth grade. You should’ve bought Barbie last year, but you didn’t. You didn’t know that Barbie is the only knapsack that cool for multiple years.

The backpack is not about saving money. It is about which Power Ranger your child likes. You don’t skimp on looking cool, and cool means the red Power Ranger guy. The backpack is about which version of Batman they are into. Make sure you know if your child is into 1960s Batman before purchasing the gear. If your children don’t know how to protect themselves, it could be dangerous to have “Bam,” “Blap” and “Kapow” written on their backs. Conclusion: Think about what your kid wants to be for Purim ahead of time and make sure that is printed on their backpack.

Even if he has cookies, nobody is going to want to trade snacks with your kid, if his bag’s got Barney the Purple Dinosaur on it. It makes no difference how many chocolate chips he’s got. Your child will not have any friends. On the other hand, an Israeli Defense Forces snack bag will generate respect, even if it is not carrying the much sought after Bamba.

Save money on Back to School Shopping

The school didn’t suggest this but I will.

Go shopping in October, when stuff goes on sale, after the Back to School Sale. That is when the back to school sales are in effect. Your child can carry the books and printer the first month and a half of school.

Better yet… Instead of picking up the back to school pencils, paint and scissors, don’t throw out the school supplies from last year. And make sure your child is not showing up to sixth grade with Barney the Purple Dinosaur on their backpack.

Murphosky's Law
In the Shadow of David and Goliath
Where Do the Laws of Nature Come From?
Saadiah Gaon, Rashi and Maimonides: How Three Rabbis Revolutionized Judaism
Comments