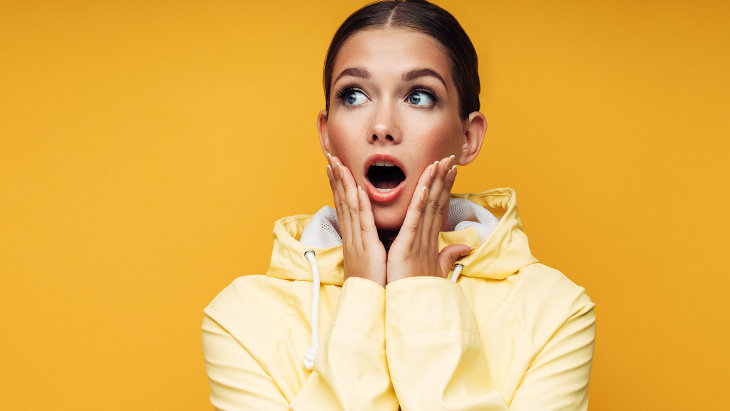 I worry a lot so I was thinking of calling it WOW (Women Overcoming Worry!)

How hard could it be? Set some folding chairs in a circle in my living room, put out some challah, and throw out a topic. Voilà …instant friendships! I put a post online in the Jewish Journal that said, “Starting a Jewish Mother’s group. I worry a lot so I was thinking of calling it WOW (Women Overcoming Worry!) but we can tweak the name when you get here.”

The first two comments came from ladies very worried they didn’t know how to use Twitter. Huh? I reread my post and realized autocorrect changed “tweak” to “tweet.” The next remark was also interesting. “Will this be for Jewish mothers who worry incessantly and want to stop? Or for Jewish moms who worry they don’t worry as much as they should be?” And the comment after that: “You Jewish mothers don’t hold the Monopoly on negative emotions, ya know! I’m older but still single and I own Boardwalk where the rent is high with Guilt. And Park Place, which also charges a lot of Shame.” What the heck? That comment obviously inspired this: “How about a women’s group that plays fun board games? I’m tired of Mahjong and it’ll take our minds off worrying.” And then this: “Can we call it, ‘Women Who Worry Too Much AND the Men Who Put Up With Them’ so we can include our husbands?” And naturally this followed: “I won’t show up if our husbands attend because then I feel like I have to wear foundation and my facial pores needs to breathe.” Clearly this was already getting out of hand.

Frustrated, I posted my address with a date/time and figured I’d deal with all these Jewish women in person. The day arrived and things were fine in the beginning as everyone filed in, but I wondered if I should’ve asked them to wear their Star of David necklaces, otherwise how would I know we were all Jewish and I could show off throwing out all my Yiddish expressions. I guess that didn’t really matter. Suddenly a stressed-out mother dashed in bluntly asking, “So where is your childcare?” Stunned, I said – “Uh well if we each pitch in say $2, I suppose my eldest daughter could babysit for an hour upstairs.” Another woman immediately asked, “If we each pitch in $20, do you suppose you could hire a housekeeper to clean this pigpen up and have a deli cater with chopped liver instead of just serving challah because I don’t eat gluten?”

After more bickering and debating, one woman (claiming to be a licensed Jewish Yoga instructor) suggested we turn our chairs toward the wall and sit facing away from one another to meditate over the Shema. After they left, I was thoroughly exhausted but couldn’t sleep that night. I toyed with starting another support group for Jewish women with insomnia. But how could that work? We’d be too tired during the day from being awake all night. And in the evenings, we’d be trying to meditate to help ourselves fall asleep. I began to worry we’d never find a mutually convenient time. To distract myself, I read the slips of paper that women had left in my suggestion box. Mostly they were filled with ideas for other group names. “Women Who Are Authentic and Mindful” and “Women Who Dislike Using Words Like Authentic & Mindful” and “Women Who Don’t Want to Have Pesach at Their House This Year Because Their Seder Plates Are Old and Unattractive.” And “Women Who Evaluate Other Women’s sheitels at Support Groups and want to trade styling tips” and “Women With Teenagers” and “Women Who Want to Trade Their Teenagers” and “Older Jewish Woman Who are Still Hip” and “Middle-Aged Jewish Woman Who Dislike Their Hips.”

Worried I’d never please everyone, at the next group, I announced our new name which would encompass everything that anyone could possibly suggest because it was all-inclusive – “Dysfunctional Neurotic Jewish Households.” Immediately someone raised their hand and asked, “Women Who Grew Up in a Neurotic Household?” or “Women Who Create their Own Neurotic Households Once They Get Married?”

At that point, a misguided husband showed up and asked if this was the Jewish support group where everyone is tweeting, because he also wanted to learn?” and immediately all the women not wearing foundation ran out of my house.

I now need to attend a support group for “Women Who Get the Bright Idea to Gather Jewish Women Together Under One Roof.” And any future groups I decide to start will simply be named, “Oy Vey.”