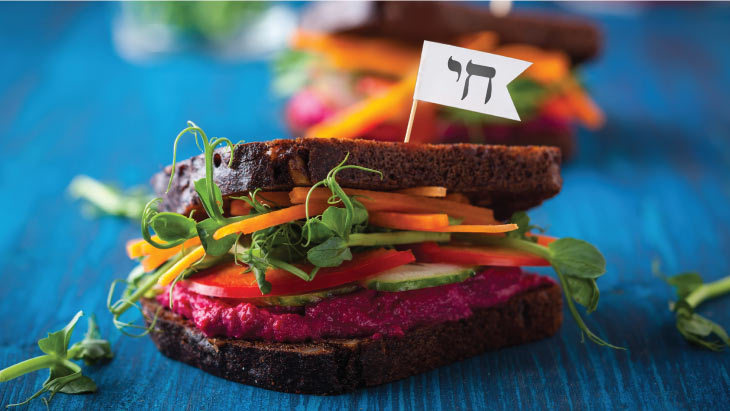 Who said we could eat meat?

Most of us believe that goodness is possible for human beings. We see so much human suffering every day, and we want to ameliorate it, if not eliminate it. We also, if we’re willing to look, can see enormous amounts of animal suffering and damage to our soil, forests, air, and water, and we want to do as much as we can to reduce all of that suffering and destruction, by exerting our power to choose the good.

Judaism, by creating a durable community oriented around families and goodness, aims to reduce suffering and do good on many fronts. Many choose increased Jewish observance later in life because they recognize this. Similarly, many choose to eat a whole-foods plant-based diet because it enhances, embodies, and exemplifies the core Jewish value of choosing life: strengthening human health, minimizing human-caused animal suffering and death, and repairing and protecting the planet, rather than damaging it. Not all observant Jews eat vegan, nor does Judaism mandate it, but the ethical case for embracing it in modern times is hard to refute, and some core principles of Judaism support it.

In the book of Genesis, God tells Adam and Eve that “I have given you every herbage yielding seed… and tree that has seed-yielding fruit; it shall be yours for food.” The original diet, as the Torah understands it, was fruit and plants. It was only ten generations later after the flood, that humans were permitted, but not commanded to eat meat.  Judaism generally commands that which is good, and so the absence of a command, communicates some level of moral ambiguity

Preserving personal health is a Jewish value, which is to say, a moral value. As the great Jewish codifier and philosopher Maimonides wrote, “Since maintaining a healthy and sound body is among the ways of God - for one cannot understand or have any knowledge of the Creator, if he is ill - therefore, he must avoid that which harms the body and accustom himself to that which is healthful and helps the body become stronger.” Maimonides is telling us that taking care of our health is a moral obligation.

We have learned over the past century that animal products like dairy, meat, and eggs and also refined sugar, wheat, and oil, and processed foods such as just about everything you buy in a box or bag, have been established in hundreds of studies as promoting obesity, high blood pressure, heart disease, cancer, diabetes, auto-immune diseases, and many other health problems.

Heart disease and cancer kill 1.2 million people prematurely each year in the United States alone, much more than Covid-19 has, and most of those instances of illness and death would never have happened if people ate healthy foods and avoided unhealthy ones throughout their lives, and exercised regularly. Heart disease and cancer treatment alone cost our country over $500 billion a year.

All human beings who think of themselves as ethical and who want to minimize harm to themselves, to their families, and harm to their larger society, must frame their personal eating choice as matters of great import, and choose foods that foster health, first because they have a responsibility to their loved ones to be healthy and fit, and another not to burden society.

Fresh fruits and vegetables, tubers, mushrooms, whole grains, legumes, nuts, and seeds have all been solidly correlated with superior health and longevity and switching to a diet dominated by them, the one that according to the Torah, humans ate for the first ten generations of humanity, can even often reverse heart disease, cancer, diabetes, and many other diseases.

Choosing to avoid eating unhealthy things is not the only ethical reason to choose to abstain from animal products. Factory farming causes immense suffering, even to animals whose eggs, milk, and meat will later be certified as kosher. The conditions in which factory-farmed animals live, including not just beef cows, but also egg-laying hens, broiler chickens, and milk-cows, cause immense quantities and intensities of unnecessary suffering. (Please do some online research to learn more.) 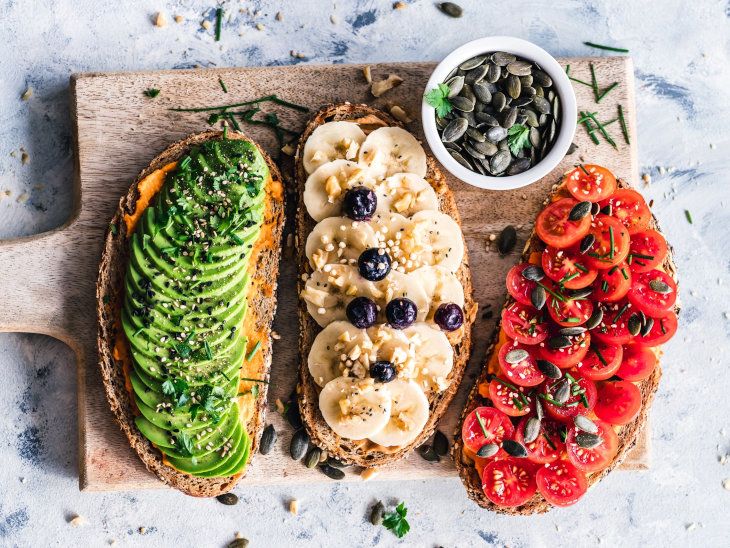 The Torah prohibits causing undue suffering to animals, and so once one is aware that his or her diet is based on that suffering, he should consider that there are hundreds of kinds of fruits, vegetables, tubers, grains, legumes, mushrooms, nuts, and seeds, which are actually healthy, that can be produced with vastly less suffering, in addition to many commercial products, such as fake meats and cheeses, which although not healthy, at least require minimal animal suffering to produce. Simple choice: less suffering.

Protecting the environment is important in Torah as well. Although virtually all large-scale agriculture is damaging to the planet, industrial-scale animal agriculture is by far the most damaging. It requires an enormous amount of land devoted to feed-crops along with all the conventional chemical inputs, topsoil erosion, immense water usage, and water pollution, and cattle grazing is also one of the major causes of rainforest destruction.

The reality is that we all have free will, and the imperative of choosing the good over the comfortable, easy, and convenient is fundamental to Judaism. All of our choices matter, for us and for the world. It is our duty to examine ourselves, become aware of the harm we do in our daily lives and accept responsibility for changing what we can. We are all necessarily far from perfect, but we can all take small steps towards the good.

Eric Ackland has eaten a whole-foods plant-based diet for almost 27 years and has lived a Torah-observant life for almost 19 years. He lives in Pittsburgh with his wife and children, and owns a used bookstore, Amazing Books & Records. www.amazingbooksandrecords.com 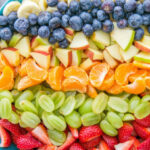 14 Jewish Ideas That Will Actually Keep You Healthy5 min read 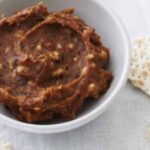 Why Your Passover Seder Should Be Bittersweet1 min read 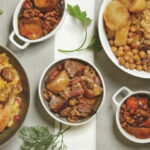 Do You Like Slow-Cooked Food? Thank the Jews2 min read 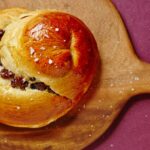 Why Is Challah Round on Rosh Hashanah?4 min read 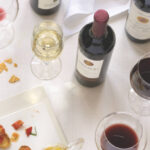 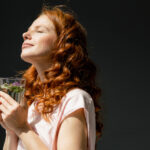