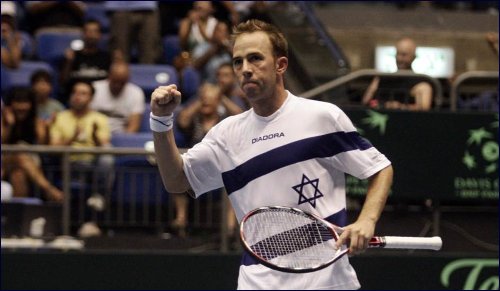 David Sela made a clear statement that nothing is more important than his Jewish identity.

Israeli tennis star David Sela was playing to win last Friday as the sun was setting in Shenzhen, China, ushering in Yom Kippur. Sela, 32, is Israel’s top men’s singles tennis player. He was competing in the quarter finals in the ATP World Tour for tennis pros. That afternoon, he had lost his first set against Alexandr Dolgopolov, the top-ranked Ukrainian male tennis player, but then he defeated Dolgopolov 6-4 in their second set. Playing hard in the middle of the third set, Sela checked his watch. Then he walked over to the judge and told him he was forfeiting the game because Yom Kippur was about to begin and he would not play on Yom Kippur. In so doing, he sacrificed not only $12,000, but, more important for a tennis pro, he sacrificed 45 ranking points, which altered his world ranking.

His brother Ofir later explained in a social media post that David is not particularly religious but as a representative of the Jewish state, he respects the holiness of Yom Kippur.

What would make a Jew who is not particularly religious and whose life since the age of 15 has been devoted to winning tennis tournaments forfeit an important match?

This means that even the most wayward, dishonest, or promiscuous Jews are still Jews as long as they cling to their Jewish identity. Yom Kippur is the signature of Jewish identity. It is the statement – whether at Ben Gurion airport in Tel Aviv or on the tennis courts of Shenzhen, China – that whatever else I am, my deepest, indissoluble identity is that I am part of the Jewish People.

In clinging to his Jewish identity, David Sela understood that it is worth more than even the greatest championship.

The Problem with Jewish Education