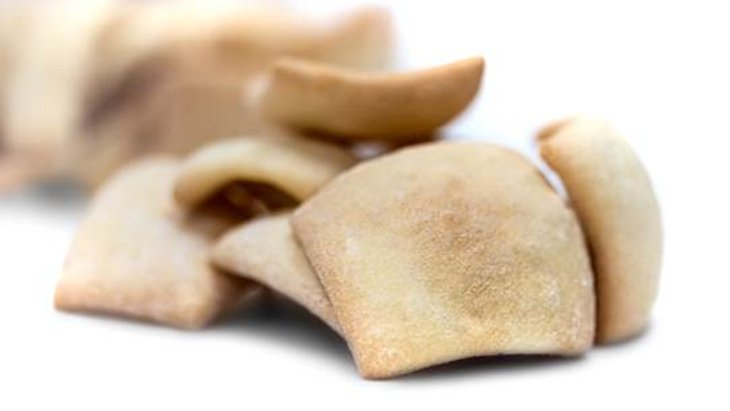 Yes, this is one of the most important questions in Jewish life.

In Jewish life, there are lots of important questions, some of which do not have a perfectly clear answer. For example, why doesn't chopped liver have a more appetizing name like “Diced Delectable”? How come sweetbreads are neither sweet nor bread? If you want to varnish wood in a kasha factory, should you use kasha varnishkes?

Such pressing questions abound, playfully escaping answers like a fly dodging a swatter. These questions, however, pale in comparison to the most burning issue of them all: Is kichel a cracker or a cookie? Few have dared to answer this question and, to be frank, few have cared to ask this question. Many, however, silently and subconsciously debate this dilemma. Is kichel a cracker or a cookie?

For starters, we need to break the question down into more digestible parts.

According to Merriam-Webster’s dictionary, kichel (a Yiddish term) is a “semisweet baked product made of eggs, flour, and sugar usually rolled and cut in diamond [or bowtie] shape and baked until puffed.” Kichel, a/k/a The Baker’s Bowtie, typically is served as a snack or dessert and often accompanies chopped herring or chopped liver. The kichel is beloved because it provides super-crunchy texture and is sort of the equivalent of a hard roll. As an aside, the difference between a hard roll and a stale roll is almost imperceptible. It's sort of like the difference between rock candy and a rock.

Kichel actually is a very particular snack, the kind you might find in an old-age home vending machine.

It could be that kichel actually is a cracker-cookie combo or, as some might say, a “crookie,” which also sounds like a term to describe a novice criminal.

If a choice must be made, then the scale probably tips in favor of the cookie. This is mostly due to a notable Yiddish expression involving the kichel: “Azoy vert dos kichel tzekrochen,” which means “that’s how the cookie crumbles.” So, based on this expression alone, kichel is a cookie because, in this case, that’s how the kichel crumbles.

It matters because the kichel is still relevant. Case in point, during the 2009 National Spelling Bee, “kichel” was among the words contestants had to spell. (True story.) When a contestant asked the panel to use “kichel” in a sentence, the response was: “The thought of someone kvetching about her kichel gave Meryl the shpilkes.” (Also true.) In response, the contestant asked the panel to use “shpilkes” in a sentence. (Not true.)

What kichel is, cracker or cookie, also matters because it is a stepping-stone to addressing many other urgent issues. For example, is chocolate-covered matzah a dessert? Mandel bread is not bread, so what is it? Besides the extra letter “o,” what exactly is the difference between a macaron and a macaroon? If coffee cake is not made with coffee, then why call it coffee cake? Just because it is served with coffee does not mean it should be called coffee cake. Under that logic, funnel cake should be served with a funnel, sponge cake with a sponge and pound cake with British currency.

It does not really matter whether kichel is a cracker or a cookie. If served at a kiddush, it will be devoured regardless of its classification . . . unless a more appetizing Tam-Tam is nearby.

Final thought: When a stolen iPhone is returned to a pastry chef, that is known as an Apple turnover.

6 Things I’m Sorry for This Year

The Ins and Outs of Jewish Fundraisers
Faith: the Axis Upon Which the Wheel of Science Turns
Love - Not Just About Chemicals Anymore!
Is There a Moral Code in a Virtual World?
Comments