Is Ghosting Really that Bad? 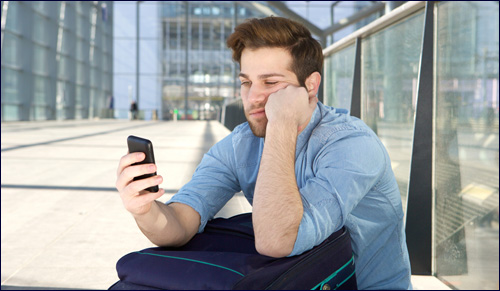 When it’s obviously over, isn’t this sometimes the least hurtful path to take?

A friend and I were talking about dating pet peeves and she started ranting about how ghosting is the worst thing a person could do. Well I’ve ghosted in the past when relationships were obviously over. I felt like it was kinder than being blunt or harsh and I didn’t want to hurt the other person or create unnecessary drama. Breakups are never fun but I don’t see how going back over everything that went wrong is any better than just fading out. Is ghosting really that bad?

For those unfamiliar with the term, ghosting is when someone drops all forms of communication without explanation and further contact. Ghosting is not gender specific and can happen to anyone at any time. I’ve seen it happen to people after a first date, and I’ve seen it after a few months of dating when the other person goes MIA.

Often people who prefer ghosting justify that they would rather disappear than break up because they don’t want to hurt anyone. But ghosting hurts so much more than simply saying, “I don’t want to go out again.” It creates all sorts of thinking in the other person’s mind.

Stating your lack of interest and decision to stop dating is the mature and right thing to do. By doing this, you give the other party the opportunity to process this change and to allow them the gift of knowing what is going on. The best thing you can do is share what you are thinking or feeling. Be open. You don’t have to be blunt, harsh or angry. Simply share that you don’t want to continue and perhaps explain why.

Ghosting shows that you lack communication skills and the ability to handle adult relationships. Imagine you wanted to leave your job. Most people would give notice and wouldn’t leave until they’d had a conversation with the boss. Even if you hated your boss, you would likely give notice and keep your exit interview polite, so as not to damage your professional reputation and future career prospects.

And ghosting can hurt your reputation as well. A person I knew who had a reputation for ghosting met a girl that he was really excited about and asked her out. She turned him down. It turns out he had ghosted a friend of hers. He tried to explain that he just didn’t want to hurt the friend but she was completely uninterested in dating someone she viewed as immature and flaky.

You don’t want to be that guy.

Not ghosting is as much for you as it is for the other person. While breaking up is hard to do, not only will the other party appreciate your clear intentions, but you will feel better about yourself when you treat others with respect. Even if you’re a person who wouldn’t mind someone else ghosting you, I imagine somewhere deep inside you know it’s the wrong thing to do. By breaking up with someone in a healthy fashion you will respect yourself more. And the more you respect yourself, the more others will respect you. You will begin to build deeper and more meaningful connections with friends, coworkers, and family members, as well as with those you date.

If you’re not interested in continuing the relationship, it can be as simple as saying, “I’m not interested in going out again.” If you’re afraid to give a reason, that’s okay, but please at least have the courtesy to say you don’t want to continue. Giving a reason would be even better. Most people want to know if they did something wrong. “It’s not you, it’s me,” while unsatisfactory, is still better than ghosting. Often there is nothing wrong with either side; it’s just not the right match.

Don’t be so anxious about the best way to break up. You don’t have to “get it right.” You just have to try your best. Here are a few options of things you can say to end a relationship. They aren’t perfectly worded, but if they are honest then they may be the best you can do in the moment.

“It’s hard for me to say I don’t want to go out again but this isn’t working for me.”

“You’re a good person, but this doesn’t feel like the right fit to me.”

“I don’t want to date anymore. I know you may have questions, but I don’t really have more to say as this is hard for me to talk about.”

May you have the courage to say something when you’re ready to move on. I hope your ghosting will become a thing of the past and that sincerity and honesty will be your way of the future.

Aleeza Ben Shalom is a professional dating coach, in-demand speaker, expert, and author of the new book Virtual Dating: Your guide to Relationships in a Socially Distanced World and Get Real, Get Married, your guide to “get over your hurdles and under the chuppah.” The founder of the company Marriage MindedMentor, which connects singles from around the world with dating coaches, Aleeza and her team guide singles through the steps to become engaged – regardless of age, affiliation, or stage in life. A regularly featured expert in the media, Aleeza's relationship advice has appeared everywhere from BBC World News, to NPR to Aish.com. You may also recognize Aleeza from her appearance in the web series Soon By You or Eli Talks. Men and women worldwide work with Aleeza and her team to break through patterns and cultivate relationships that lead to marriage. She trains dating coaches and matchmakers and has helped hundreds of singles manifest their soulmate. Aleeza is a dedicated wife and loving mother of 5 children. To learn more visit: MarriageMindedMentor.com

Did I Miss My Chance at Love?

Understanding What Your Date is Really Saying

My Dating Dilemma: Should I Cut My Losses?

Create Your Dating Reality
It Takes A Lot Of Faith To Be An Atheist
How Instagram Brought Back This Nostalgic Soup
What Makes Eli Run?
Comments
MOST POPULAR IN Dating
Our privacy policy