How to Show You Care 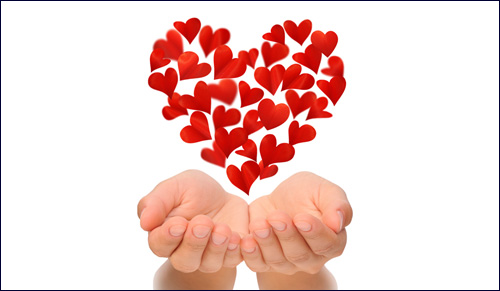 Reclaiming the forgotten power of writing a letter.

I was speaking to my friend Shoshi on the phone, catching up on old times, when she told me the news about Brenda.

“Are you in touch with Brenda at all?” she asked me.

“Not over the last few years, why?”

“She was recently diagnosed with ovarian cancer.”

I’d known Brenda since first grade. Even though we weren’t so in touch anymore, I cared about her deeply and I was pained to hear of her illness.

I hung up the phone thinking about Brenda.

I woke up the next morning thinking about Brenda.

But what could I do? I wasn’t going to call her. She was starting treatment now. She had children to take care of. It would seem strange to call her.

Maybe I’d send her an email. Thinking of you. Yes, that would be nice. It would certainly be better than doing nothing at all.

But emails are so trite. So impersonal.

I did send her an email, but it didn’t feel like enough.

Then the idea hit. Send Brenda a letter. A real A4 page of paper with words on it – or maybe even a piece of stationery – sent through the old fashioned postal service.

The next morning I wrote Brenda a letter and stuffed the manila envelope with some licorice and chocolate bars to cheer her kids up. I hoped the candy would survive the journey over the Atlantic from Israel to the United States. I brought it to the post office where they weighed it and posted it. Then off it went.

About two weeks later, I received the following email from Brenda.

Wow!! It's Friday afternoon, my kids are not home yet and I'm finishing up last minute Shabbos details when I hear a knock in my door. The mailman is at the door and asks me to sign for a package. I see the Hebrew writing as I'm signing my name and can't figure out who it's from.

When I saw your name I started crying...before opening the package and reading your beautiful note and seeing the generous goodies for my kids.

I'm beyond touched that you remembered and went out of your way! I feel like calling up your parents and your husband to let them know what a wonderful person you are…..

What had it cost me to reach out to Brenda that way? A few dollars? A half an hour of my time? But the love and care that she felt was priceless.

A few weeks later, I received an email from my friend Deana. She is someone I had met a couple of years earlier, a really lovely person. We never had the opportunity to spend enough time together to become close friends, but we tried to nurture the immediate kinship we’d felt upon meeting, even sporadically.

“Dear Elisheva,” she wrote, “I’m sorry I haven’t been in touch for a while. It’s been a really rough time for us. I had a miscarriage at 18 weeks. I’m pretty exhausted…”

I really felt for Deana. I’d had miscarriages myself and I knew how physically and emotionally draining they were. I thought to share that with her, but then thought better of it. After all, her miscarriage had been very late and mine had been early. It would be presumptuous of me to claim that I related to her pain.

I hit reply anyway and told her that I was thinking about her. But my words felt meager. I really wanted her to know how much I hurt for her.

Then I remembered Brenda and how happy she’d been to receive that letter from me. The next day, I bought a few taffies and wrote Deana a note, the love and care that I felt for her tucked in between the scrawls of my handwriting.

A few days later, I received an email from Deana.

Elisheva!!!! I JUST GOT HOME from hours of running around Beer Sheva – and my husband hands me a LETTER FROM YOU WITH SO MUCH LOVE AND CARING IN IT!!!!!!!!!!!! It was JUST EXACTLY what I needed! ………..

It gave me pause to think – why do I even bother hesitating before reaching out to the people I care about sometimes? It’s true that I don’t always have just the right words but sometimes the old cliché is just right – it’s the thought that counts. The people we love need to know just how loved they are, but that can’t happen unless we show them that it’s true.

I’ve written more letters since then, though certainly not enough. Each letter is different, but they carry the same message within their sealed envelopes:

I care about you.

I’m willing to take time out of my busy day to do something for you.

I haven’t forgotten about your pain.

It might look like the world isn’t paying attention to what you’re going through, but now you know that isn’t true.

I might not always have the right words to say, but I’m trying my best.

Certainly worth a postage stamp – and then some.

Go for the Touchdown

Are You a Circle or Line?

The Fear of Wisdom Ethics of the Fathers, 3:11
Lessons from the Book of Jonah
Where Are We? The Body, Brain, Soul Problem
Dr. Sheila Nazarian’s Escape from Iran
Comments
MOST POPULAR IN Spirituality
Our privacy policy
Aish.com Is Looking for Great Writers