Why Do We Care What People Think about Us? 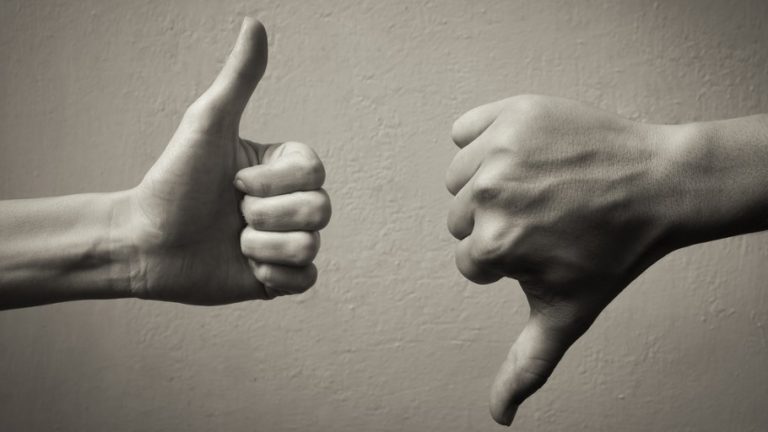 Getting out of the approval trap.

After disembarking from a long plane ride recently, my husband and I were picked up and driven to the destination of our academic conference. Because the location was without gym facilities, we arranged to be taken to the local fitness center after checking in and unpacking.

"Wow! I'm impressed!" our driver said. "If it was me, I wouldn't go work out after exhausting travel. I'd take a nap."

My chest puffed out. I began to figuratively pound it and I started to feel really proud of myself. Look how impressed he was! I'm really something!

And then I stopped. What if instead of being admiring, he'd been critical? What if he'd told me how foolish I was, how much my body needed the rest, how I was indulging my compulsive side (how did he know that?!)? Would I have been devastated? Would his criticism have affected me negatively proportionate to the positive effect of his words of praise?

Then I realize how silly I was. I don't know this person at all. I don't know if he is wise or foolish, kind or cruel, thoughtful or insensitive. I know nothing about his moral character, his virtues or his feelings. Why should his opinion be relevant to me at all?

When our children were small and they would come home from school complaining that someone hurt their feelings, my husband's response was always, "Was this someone whose opinion matters to you?" Rarely was the answer yes.

Yet training ourselves to be oblivious to the approval of others is a difficult and ongoing challenge.

I thought I learned this lesson my first year in college – but it seems I still have a long way to go. One day approximately 42 years ago (yikes!) my dorm mother complimented me on my dress. I walked around all day beaming. Until I entered the common room that evening and recalled that she was the person who had chosen the upholstery for the couches – in all its neon glory! Needless to say, that earlier compliment rapidly lost its effects.

And that was about something so trivial – an article of clothing. We give others way too much power over our sense of self, not only over whether we look good but over whether we do good as well. Besides the challenge to our self-esteem, this is dangerous because the opinion of others, particularly in more serious realms, may be faulty, or even destructive.

Not only may their moral compass be different than ours but they have no idea of the challenges we face, the struggles we've overcome and the ongoing underlying battles we're still fighting.

I was recently discussing with a colleague the need to avoid reading comments to articles we post – so that the (hopefully rare) nasty ones don't throw off our day. But if we apply the principle expressed above, why should they bother us at all?

There is only one being whose opinion of us counts. He is our Father in Heaven Who loves us unconditionally and Whose ways we seek to emulate. It's much harder to focus on that and ignore the opinions of those around us. But that's our job.

And it's necessary for our emotional and psychological survival. Our energies are limited. We can focus on pleasing others who are fickle, who don't really know us, who aren't judging us favorably…

Or we can take all that energy and focus on pleasing the Almighty, on winning His approval.

The choice seems obvious and easy; the execution, as always, much more difficult.

Dr. Eger’s 10 Insights on How to Live Life Fully

Breaking Free from Perfectionism and Shame

Principles of the Soul: #7 - Purim, Soul and Your Role in History

The High and the Mighty: Ethics of the Fathers, 3:16

The Only Thing to Worry About on Rosh Hashanah
Scientific Curiosity and the Divine Encounter
Mind Over Milkshakes
Love the Convert
Comments
MOST POPULAR IN Spirituality
Our privacy policy
Aish.com Is Looking for Great Writers