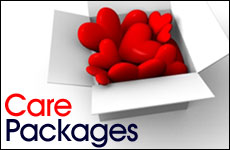 Did it matter that I was being wrongfully accused? The bond between us was still broken.

"I am being fired because of you!" she stated, her eyes blazing with anger.

What?! My internal computer launched an emergency, high-speed memory scan for the keywords, "made Sarah lose her job." No Matches Found.

I sat across from my job supervisor wondering to myself, "What on earth is she talking about?!"

"I know you spoke against me to our boss, Mr. Black. You advised him to fire me. You fabricated a whole theory why he should get rid of me. Did you really think I wouldn't find out it was you?"

I tried to assure Sarah that I really thought she was a great supervisor, that I never stated otherwise to Mr. Black and that I had no previous knowledge of her losing her job. She was unmoved. Ending the conversation with a few harsh rhetorical remarks, she stormed off, leaving me more than bewildered.

Mr. Black later assured me that his decision to fire Sarah had absolutely nothing to do with me or anything I said. He advised me to ignore the entire incident. Easier said than done.

Almost a year passed. I agonized over the painful confrontation with Sarah. Her angry eyes sat in my mind and glared at me often, intruding on my quiet thinking space. There was a very pained human being out there, and although I didn't understand how, I was the source of her pain. The mystery gnawed at me, and I wanted to alleviate Sarah's pain. I needed closure and I was sure she did too.

As I was learning about the upcoming Purim holiday, I discovered a plan of action.

I was deeply worried that our quarrel was contributing to a break in the chain of Jewish unity.

Our redemption from the threat of genocide from the Persian ruler was in the merit of our coming together as one. Queen Esther told Mordechai to "gather all the Jewish people…fast and pray for three days… I will go to Achashverosh." From this point on the story takes a turn for the good and Haman's plans are foiled. When the entire Jewish people are united as one indivisible nation, there are no individuals. As a cohesive whole, we each cover up the other's weakness. This unity gives the Jewish nation a spiritual strength that protects us against those that seek to destroy us.

The Rabbis therefore established the Purim mitzvah to send each other Mishloach Manot, baskets of food as a sign of love, of brotherhood, of acceptance. The gift is a message saying, "I am sending you something that I know you will like. Accept it as a sign that I care about you, as an individual and as part of our whole." In every generation, Purim is the time to strengthen our brotherly and sisterly bonds, to show each other and God that we understand that our ability to thrive is dependent only on the strength of these bonds.

I remembered playing Red Rover as a child. We would stand, tens of children in a row, holding hands as tight as possible. An opponent from the other team would scour the chain of hands for the weakest bond and with a running start, throw himself with all his might between those two bodies. If he succeeded in breaking the clasped hands, we lost.

The incident between me and Sarah upset me not only because I was wrongfully accused, but I was deeply worried that this quarrel was contributing to a break in the chain of Jewish unity.

I didn't recall ever saying anything negative about Sarah to anyone. But did it matter? What mattered was that she thought I did. The bond between us was broken.

I went out and bought a nice box of dark chocolates filled with mint cream and paired it with a bottle of sparkling sweet white wine. I sat down and wrote a letter to Sarah, explaining how sorry I was for anything that I may have done to cause her anguish, reiterating what I had told her during our last exchange. I begged for her forgiveness and ended with the words, "I would hate for you and I to be the weak link in a strong chain of Jewish unity."

The sages recommend that this gift be sent through a messenger, for a middleman really helps avoid confrontation between the two parties. An acquaintance of mine that lives in Sarah's neighborhood delivered the basket to her. Although I did not hear any reply from her, I felt an immediate sense of relief.

Three months later I bumped into Sarah on the street. She greeted me with a genuine smile and even a wink of her eye. Shyly she said, "I received your letter and Mishloach Manot. Thank you…" We chatted a bit and separated, each continuing on our way -- two fellow Jews part of an indestructible whole.

Rivka Zahava spends her days as a happy housewife and mother in Tel Tzion, Israel. She is a graduate of Haddassa College of Optometry.

Princess Zelda and Queen Esther: How the Legend of Zelda Helped Me Understand Purim
It Takes A Lot Of Faith To Be An Atheist
How Instagram Brought Back This Nostalgic Soup
What Makes Eli Run?
Comments