How Josephine Baker Risked her Life Fighting against Nazism 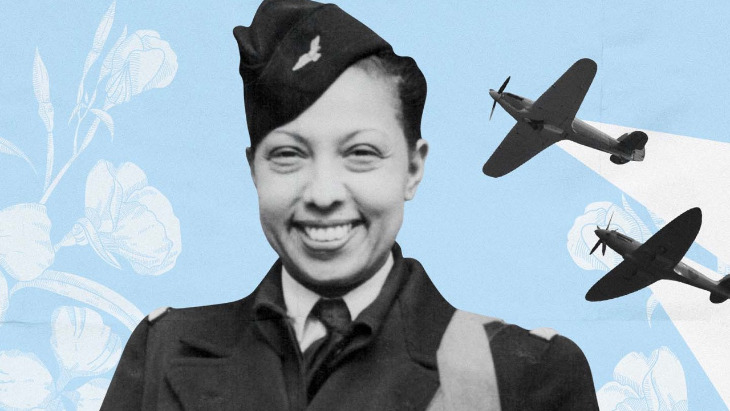 Josephine Baker, the American-born dancer who moved to France in 1925, has been in the news lately: a coffin containing soil from the US, France and Monaco – the three countries in which Baker lived – was placed in the Pantheon in Paris, the final resting place for many of France’s greatest heroes.

If Americans recall Baker today, it’s primarily as a dancer, one of the many American and international artists who moved to Paris during the 1920s during what Hemmingway (another American transplant in Paris who befriended Baker there) called “A Moveable Feast” of camaraderie and artistic creation. Baker’s signature act in the Parisian show called La Revue Negre made her famous in her adopted country. 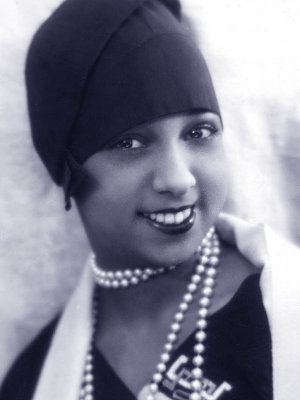 Yet Baker was much more than a dancer. Speaking at her ceremony in the Pantheon, French President Emanuel Macron described her as “a war hero, fighter, dancer, singer… a woman defending humankind….”

Baker became a French citizen in 1937, two years before the outbreak of World War II. That same year she married a Jewish Frenchman named Jean Leon. When World War II started, Baker became a member of the French Resistance and did all she could to aid and shelter Jews. She lived “a double life between, on the one side, the music hall artist, and on the other side, another secret life, later becoming completely illegal, of intelligence agent,” explained French historian Geraud Letang.

Born in 1906 in East St. Louis, Baker had a horrible childhood. Her mother worked as a washerwoman and Josephine began doing menial work when she was still a child. When Baker was eleven, she and her mother were two of the 6,000 Black residents who were driven out of East St. Louis after a horrific anti-black riot that spanned two days, July 2 and 3, 1917. White rioters burned black residents’ homes, lynched people and killed with abandon.

As Baker and her mother fled along with 6,000 of other Black people across the Eads Bridge, she witnessed one of her father’s friends shot in the face and saw pregnant women disemboweled. “America was evil then,” Baker said shortly before her death in a 1975 interview.

Baker married the first of her three husbands when she was just 13 years old. They soon divorced and Baker married her second husband at the age of 19.

Baker moved to Paris in 1925 to dance and became wildly popular, stressing the perceived exoticism of her Blackness. She often danced in skimpy costumes that evoked European colonial myths of Africa, decorating her costumes with feathers or bananas. In her private life, Baker embraced France, renouncing her American citizenship, learning French and developing connections with people in high society. By 1939, on the eve of World War II, Baker was a French citizen, one of the highest paid entertainers in all of France, and married once again, this time to a French Jewish industrialist named Jean Leon. 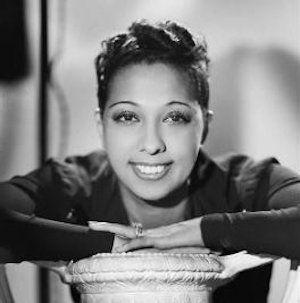 Their marriage wasn’t a happy one, and they divorced in 1940 – but not before Leon and Baker witnessed the barbarity and antisemitism of France’s collaborationist Vichy Regime. At the outbreak of World War II, Baker and Leon were living in a beautiful chateau in the Dordogne region, on the border between occupied and Vichy France. As citizens of Vichy, Baker and Leon had an up-close look at the virulent antisemitism and anti-Jewish resolutions promulgated by the Vichy Regime.

After Germany invaded France in June of 1940, the Nazis established a military occupation in much of the country. One exception was in the south of France, which was governed by a supposedly “independent” French government known as the Vichy Regime, named after its seat in the town of Vichy. The Vichy Regime replaced the French ideals of Liberte, Egalite, Fraternite (Liberty, Equality, Fraternity) with the three-fold mantra of “Work, Family, Country”. Though Vichy was ostensibly neutral, in reality it closely collaborated with the Nazis whose values it shared. 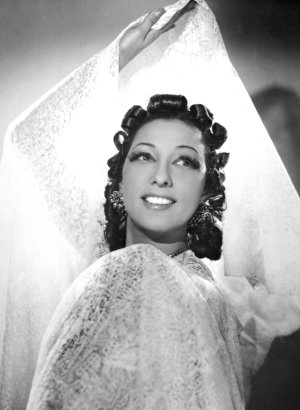 Within months, the Vichy Regime issued its own anti-Jewish ordinances, closely modelled on Germany’s Nuremberg laws. Jews were fired from jobs in government and the military and barred from working in most white-collar professions. In 1941, the Vichy Regime began seizing Jews’ property and transferring ownership to the Vichy government. Next, the Vichy Regime interred tens of thousands of Jews in French-established and French-run concentration camps at Saint-Cyprien, Le Vernet, Gurs, Rivesaltes and Les Miles. At least 3,000 died from the deplorable conditions in these French camps.

With anti-Jewish laws threatening her husband, Baker decided on an audacious course of action. Her agent was the brother of Jacques Abtey, a high-ranking commander in the French Resistance. She asked what she could do to help.

Jacques Abtey welcomed Baker into the Resistance and became her handler in Baker’s newest career as spy. Baker continued to perform and attend high society events, mixing with French collaborationists and Germans (though she did notably refuse to attend a command performance to the German governing authorities in Paris). After each encounter, she reported what she’d learned back to Abtey. 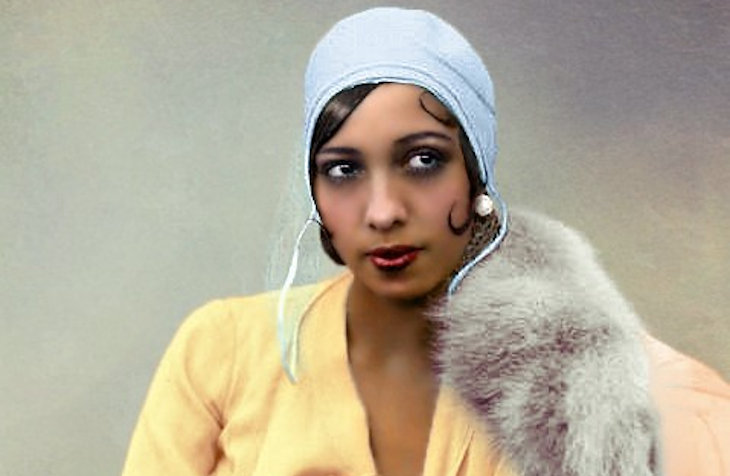 Within months, Abtey asked Baker to spy further afield. Baker embarked on a singing and dancing tour of Spain and Portugal; she brought along a troupe of backup singers and dancers – in reality French Resistance spies, including Abtey. A round of performances in Nazi-occupied North Africa soon followed. In 1941 Baker became seriously ill there for a time but refused to halt her performances and her spying activities. By 1943, she was back in France, continuing to perform and conduct espionage. She also raised money for the French Resistance, and donated much of her considerable fortune – over $11million dollars in today’s money – to the Resistance. 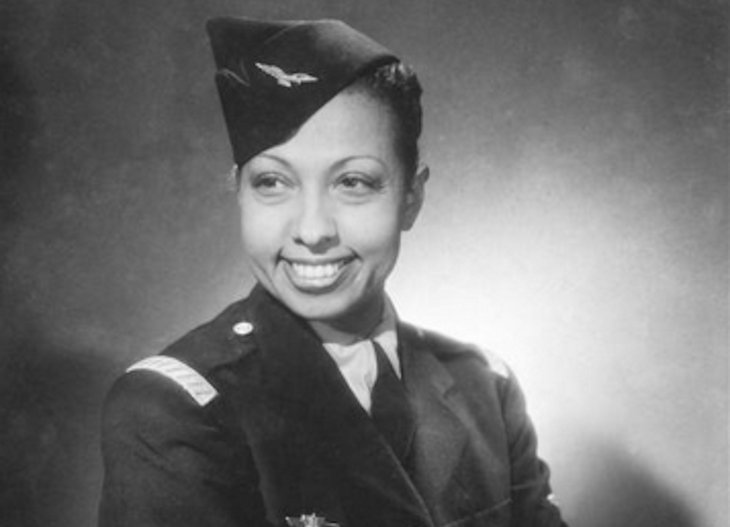 In 1943, Baker joined an all-female group in the Free French Forces Air Force with the rank of 2nd Lieutenant. She flew to theatres of war to perform for troops and civilians, and also maintained her spying activities, hiding secret communiques in her sheet music. (On one flight, her plane crashed into the sea. Her log book records that Baker was rescued by Senegalese soldiers who pulled her from the water and brought her to land.) In 1945, with Allied troops moving across Europe and liberating concentration camps, Baker followed their movements, giving concerts to concentration camp survivors and other refugees in German Displaced Person camps.

After the war, Baker was offered the Legion of Honor, France’s highest award. She refused the honor. If she was to receive a medal, Baker insisted, it should be a military award, reflecting her service in the Free French Air Force. (At the time the Free French Air Force unit in which she’d served wasn’t recognized in France as having been a “real” military branch.) Baker continued to use her fame and influence to lobby the French Government to recognize her Free French Air Force all-female unit as a legitimate, official military group, and in 1957 her request was finally accepted – with a twist. 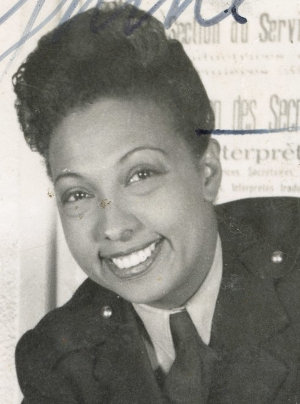 French President General Charles de Gaulle presented Baker the Legion of Honor as a civilian. At the same time, France’s Defense Minister Jacques Chaban-Delmas awarded her the Croix de Guerre with palms, a French medal awarded to troops who behaved heroically in battle. It was a stunning double honor given to Baker, an immigrant who started off as an exotic dancer and rose to the highest peaks of French heroism and fame.

Speaking Out Against Injustice

Josephine Baker continued to speak out against injustice. She travelled to America in 1951 to give a singing tour of the country, but she was outspoken in her opposition to Jim Crow laws and refused to perform for segregated audiences. The FBI labeled her a Communist and she was banned from returning to the US.

President John F. Kennedy lifted that decree in 1963, and Baker returned, becoming the only woman to speak at the March on Washington that year in which Martin Luther King Jr. gave his “I have a dream” speech. She delivered her speech wearing her old Free French Air Force uniform, recalling one of the proudest periods of her life. Baker returned to France and adopted 12 children from different countries, raising what she called her “rainbow tribe”. (Oddly, Baker made a huge effort to adopt children from different ethnicities in order to prove that people from diverse backgrounds could get along. In 1954, she attempted to adopt a child from Israel, but her request was denied.)

Josephine Baker, her husband Jo Bouillon and their children at the Castle of the Milandes

Josephine Baker lived a life of excess in showbusiness, but when Nazis threatened Jews across Europe, she rose to the occasion, risking her life to help defeat Nazism and to help Jews. Her new distinction in France’s Pantheon is well deserved.