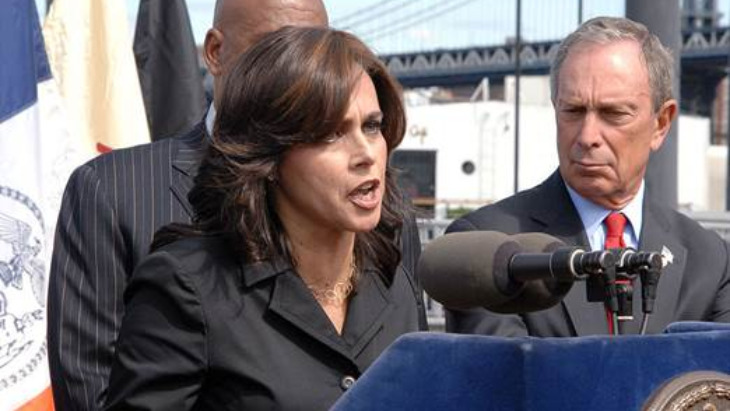 After her son was brutally murdered, Devorah Halberstam began a crusade against hate.

In a recent Aish.com interview, Devorah explained that her commitment to battling hate crimes was sparked by an unthinkable tragedy 25 years ago: in 1994, her beloved son Ari was brutally murdered in a horrific anti-Jewish attack on New York’s Brooklyn Bridge.

“Ari was my firstborn child,” Devorah recalls. “He was so good, so innocent.” On March 1, 1994, Ari, 16, was travelling in a van with 14 other Jewish teenage boys. Lubavitch Chassidic Jews, the boys were dressed in a recognizably Jewish manner, making them targets in a brutal, planned anti-Semitic attack. 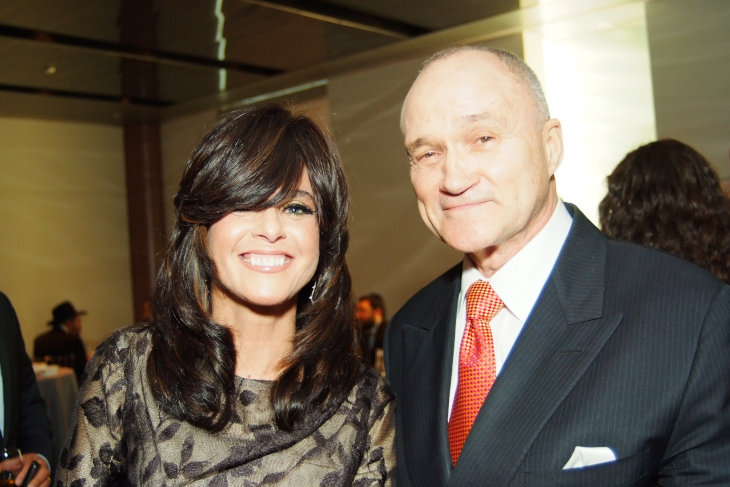 As they travelled over the Brooklyn Bridge, a Lebanese cab driver named Rashid Baz shot at the car, wounding four of the boys. After being rushed to hospital, Ari was placed on a respirator, his prognosis grim. Two other boys, Nachum Sossonkin and Levi Wilhelm, were seriously injured and underwent major surgery. Tragically, Ari died from his wounds.

The gunman was arrested the next day and confessed to being the shooter. A jury later rejected his claim of insanity and convicted him of second-degree murder as well as 14 counts of attempted murder. Baz was sentenced to 141 years in prison.

Devorah refused to stop fighting until officials investigated the crime as something more serious and insidious than a simple homicide.

Many people seemed to be willing to put the horrific case behind them, but Devorah could not. “I felt like as a mother something inside me rose up,” she recalls. “Ari was just a teenager going to yeshiva every day. He was a good brother, a good son, a good student… he was my child and I will fight for him to my dying day.”

Devorah refused to stop fighting until officials investigated the crime as something more serious and insidious than a simple homicide. 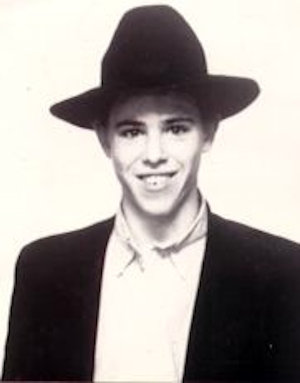 She realized that Rashid was part of a cell operating out of his local Brooklyn mosque and he'd set out that day to murder.

“Rashid Baz was looking for Jews,” Devorah said. "Ari was a Kadosh (a holy martyr) and he represented every Jew in the world.” She wouldn’t rest until his murder was properly investigated by the US federal government as an act of terrorism.

Devorah spent years calling for a reexamination of the case, cornering senators and congressmen and travelling back and forth to Washington. In the process, Devorah transformed herself into an expert on law enforcement and counter-terrorism. “I was like everybody else in the frum (religious Jewish) community,” Devorah explained. “I knew nothing about the criminal justice system, I knew nothing about guns.” Eventually she became a respected authority on crime.

“If I had to use one word to describe Devorah,” recalled former New York Police Department Commissioner Raymond Kelly in a conversation with reporters, “I would use the word relentless. She’s a major force in the political world, and certainly those people who focus on the issues of counterterrorism know that well.”

After years of painstaking research, Devorah realized that Ari’s murder was a planned act of terror.

After years of painstaking research, Devorah realized that Ari’s murder, far from being spur of the moment crime, as Rahid Baz’s lawyer had argued at his trial, was a planned act of terror. In the 1990s, it wasn’t yet as evident as it is today that radical Islamism was a global threat. Yet Devorah learned that Baz had been influenced by a radical Islamist ideology and had heard hateful sermons in his Brooklyn mosque. At the time of Ari’s murder, Baz had acquired guns and had “military style” weapons in his vehicle.

In 1999, the FBI reopened the case, and in 2000 they declared Ari’s murder to be an act of terrorism. That same year, New York’s then-Governor George Pataki appointed Devorah to the state’s first Commission on Terrorism. Devorah’s message that crimes that are motivated by political ideology deserve a different approach from law enforcement was finally gaining traction. The following year, after the attacks of September 11, 2001, it finally became clear to the rest of the world just how dangerous radical Islamism can be.

Busy with a rigorous schedule of addressing and educating law enforcement officials and lawmakers, Devorah also found time to realize another ambition in the wake of Ari’s tragic murder: the establishment of a Jewish Children’s Museum in Brooklyn, which she co-founded and for which she serves as Director of External Affairs. Opened since 2005, the museum is dedicated to the memory of Ari Halberstam z”l. Devorah explains: “The Museum is a setting for children of all faiths and backgrounds to ensuring that more people have an understanding of Jewish culture and history.” 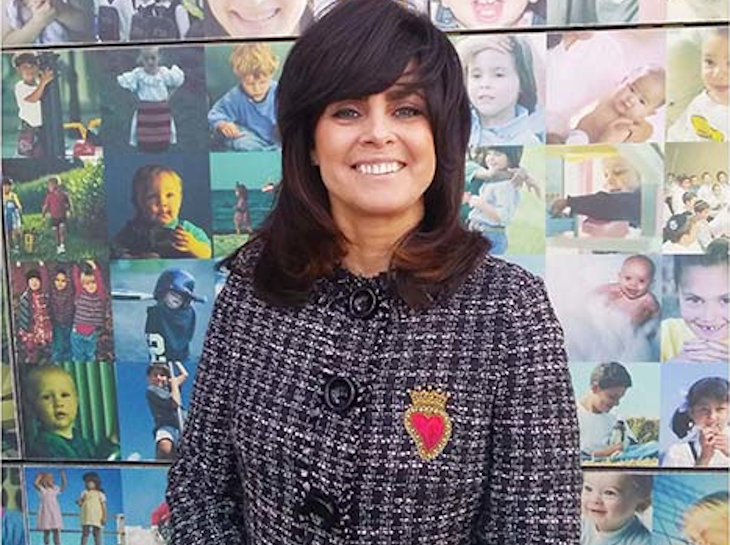 Devorah Halberstam standing in front of the Jewish Children's Museum

It’s a way of ensuring that more people have an understanding Jews and the Jewish community. “My belief is building bridges and education. That’s what the museum is all about.” Public schools bring groups of children to the museum, allowing kids to learn more about Jews. Devorah has seen the positive impact of these visits on kids’ attitudes firsthand.

“Kids...are born innocent, they’re not born with hate,” Devorah observes. After visiting the Jewish museum, she has seen countless children who “have walked out different than how they walked in,” with more tolerance and warm feelings towards Jews and others who are different from themselves.

As the Chairwoman of the NYPD Hate Crime Review Panel, Devorah is poised to make a difference once again. In cases where it’s difficult to determine whether a crime was motivated by hate, the panel will review evidence and bring their expertise to bear, making recommendations which can aid prosecutors as they build their case.

Made up of five diverse New Yorkers, the panelists are volunteering their time. “We look at cases independently,” Devorah notes, and they will provide advice and guidance and work with New York’s Hate Crimes Task Force.

In New York, the Hate Crime Task Force reported a big jump in hate crimes: through the end of March 2021, there had been 20 anti-Jewish acts and 31 anti-Asian acts in the city. Overall, 135 hate crimes had taken place in just the first quarter of this year.

Devorah’s tragic experiences and pain motivate her to fight these rising hate crime figures. Asked how she found the courage and motivation to go on after Ari’s murder, Devorah explains “I’m a religious Jew… Ani ma’amin (I believe). God has a big plan, and whatever happens occurs for a reason.”

With her new role on the NYPD Hate Crime Review Panel, and with all her other life-saving work, Devorah is drawing on her deep reserves of faith and strength and is fighting for us all.

“There’s nothing I can do to bring Ari back,” she explains. But by recognizing terrorism and hate for what they are, Devorah is trying to spare other people the grief and pain she’s gone through. “The lesson doesn’t belong to me personally. Ari is each and every one of our children. He’s your child…”

Kol Yisrael arevim ze b’zeh, Devorah notes, echoing the Jewish saying, "All Jews are responsible for one another" (Talmud Shevuot 39a). “It’s our job to give to each other, to protect each other, and to stand up for each other.” Today, with the Jewish community buffeted by rising hate, this lesson is more important than ever.

The Best and Worst Commencement Speech of 2019

PODCAST: Zero Percent: Why Are Jews So Successful?
Vayelech 5783: Regret and Repent
Rabbi Sacks: Focus On the Important, Not the Urgent
Put Your Foot Down: Are Human Feet Poorly Designed?
Comments
MOST POPULAR IN Current Issues
Our privacy policy
Aish.com Is Looking for Great Writers