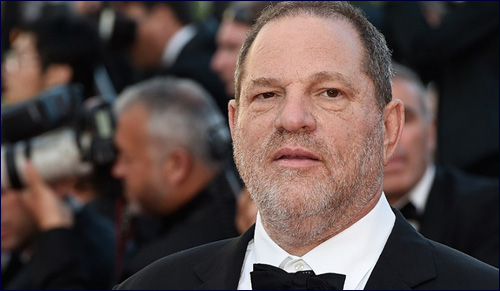 A silent epidemic is silent no more.

This article discusses a mature topic. Reader discretion is advised.

The precipitous fall of disgraced movie producer Harvey Weinstein has unexpectedly pulled back the curtain on the epidemic of sexual harassment and abuse in our culture. This is no longer a problem that can be considered to happen only to “other people.” It is happening all around us, including to people whom we know well.

When the New York Times published its story detailing sordid revelations about Weinstein’s history of harassing and assaulting women in the entertainment industry, the movie mogul was instantly booted from his job at The Weinstein Company, the studio he co-led with his brother, Bob Weinstein. His ignominy grows daily as a steady stream of other women continue to speak out with specific instances of Weinstein’s creepy and disgusting behaviors with them, including accusations of rape. Weinstein is now under police investigation in New York and London.

This week a #metoo hashtag ignited like wildfire on social media, with women (and also some men) from all walks of life posting the phrase to declare that they had also experienced sexual harassment or abuse. Women were encouraged to copy the meme in solidarity with the victims, even if they had not been abused personally. As of this writing, several million women have posted the hashtag.

I was stunned by how many women I know who were posting the hashtag, not in solidarity but as a rising, painful chorus.

I was stunned by how many women I know who were posting the hashtag, not in solidarity but as a rising, painful chorus. The message was unmistakable: exploitation of women through sexual harassment or worse has been a silent epidemic. Perpetrators were boyfriends, relatives, strangers, dates, supervisors, clients, colleagues, clergymen, teachers. Some women spoke out (anonymously in some cases) about chronic, longstanding and traumatic sexual abuse by relatives, who like Harvey Weinstein, had enablers cover for them.

Later in the day, I had a sudden recollection of two frightening experiences of my own involving unwanted physical contact: one when I was 13 and two when I was 16. An eighth-grade teacher, for whom I had been a sort of “teacher’s pet,” tried to kiss me after class. He fled the room as I stood quaking in shock and revulsion. He later apologized but I could never look him in the eye again. The incidents when I was 16 were more frightening, but like so many of the other #metoo women, I never mentioned these incidents to anyone. They were so repugnant I hoped to bury the memories.

Naturally, the #metoo campaign sparked its own controversy. Some warned that widespread use of the hashtag would trivialize the issue, creating a victimhood bandwagon. The trauma of sexual abuse cannot be reduced to a hashtag. But Meira Schneider-Atik, a New York-based writer, wrote, “Please understand that the point of these ‘me too’ posts has nothing to do with any ‘King of Pain’ competition. I feel that the benefit of knowing you are not alone is priceless, whether you experienced harassment, abuse or rape.”

In response to concerns the campaign was devolving into male-bashing, one woman retorted with an “I love men!” meme, saluting the outstanding and kind natures of her husband, father, brothers, and other men who have nurtured her, loved her and protected her. I “liked” her post, feeling it was a necessary counterbalance to the heaviness and one-sidedness of the social media posts.

Society has failed in epic fashion to teach proper respect for women and appropriate boundaries for how men interact with women.

I hope that some lasting good will come of this #metoo awareness campaign, and that women who have been injured and exploited by men will find a measure of peace and the comfort of solidarity with the millions of others who have responded. The enormity of the rush of #metoo posts reveals that that our society has failed in epic fashion to teach proper respect for women and appropriate boundaries for how men interact with women. Harassment, power plays where intimate contact is demanded by men for any reason, and of course, any form of actual assault are outrages and should never happen.

It’s time to make self-defense more widely available to girls so they can safely stand up for themselves with greater confidence. We need to teach girls and women that if, God forbid, they are ever hurt by a man, it will not have been their fault. We need to teach our sons and husbands the importance of valuing and respecting women as individuals. Women are not toys for them to play with at their whim. We need to do a much better job of instilling a sense of self-control and discipline, and it sure would help if families did not allow degrading entertainment materials that objectify women. This is necessary education in every community, including Jewish communities, where modest clothing and behavior are not adequate protection against a man determined to do evil.

Jewish law recognizes that the sexual drive is so powerful that we dare not trust ourselves to manage it without necessary safeguards that create protective boundaries.

Jewish law recognizes that the sexual drive is so powerful and pervasive, especially within men, that we dare not trust ourselves to manage it without necessary safeguards that create protective boundaries against our baser instincts. These include limitations on the social mingling of men and women, and prohibiting a man and a woman who are not married or closely related from being in seclusion together. (As a counter-story to Harvey Weinstein, film critic Nell Minow described how actor David Schwimmer, whom she was set to interview in a hotel room, suggested having a third person in the room in order to make her feel more comfortable.) Professional meetings between a man and a woman should not be in hotel rooms. There are semi-private spaces available and women need to insist on them for their own protection. The laws of modesty – not only in how we dress but also in how we speak and act –apply equally to men as they do to women. Discretion is called for in all instances.

Of course, no set of rules or standards can fully protect against every attempt to subjugate or abuse women. A twisted or terrible person determined on a course of harm will find a way. But rules and standards are an effective deterrent when a community as a whole adopts them and makes them standard practice.

In an ideal Jewish home, parents will instill our time-honored values that celebrate and honor what is holy, and separate ourselves from the profane. Physical intimacy is meant to be holy, never an instrument of power or intimidation. Judaism teaches respect for women as equal partners with men in the family and in society, as well as a high level of personal responsibility for all our actions wherever we are. It’s time to reinforce these lessons in our own homes and in the greater society around us.

One People, One Heart?
Why Are The Prayers Of Yom Kipur So Repetetive?
Ha'azinu 5783: A Time for Unity!
Twisted Thinking
Comments