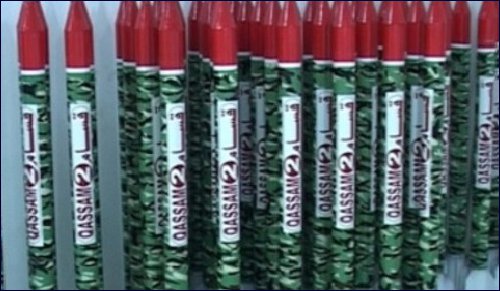 Those who refuse to grasp the simple, stark truth.

In the current conflict, there are those who refuse to grasp the simple, stark truth.

Although the distinction between Israel and Hamas couldn't be clearer – between a democratic nation and a terrorist organization, between the victim and the aggressor, between a society that protects its civilians and one that uses them as human shields, and between a military that operates by a strict code of conduct and a group governed by no scruples whatsoever – some consider all that irrelevant, unimportant, or beside the point. When moral clarity is needed, they live in a moral fog.

Here, among a larger pool of candidates and in no particular order, are my winners for Moral Fog Awards:

Turkish Prime Minister Recep Tayyip Erdogan, who said: "We have been witnessing this systematic genocide every Ramadan since 1948. Now, [Israel's] barbarism has surpassed even Hitler's."

But, then again, what else would we expect from the recipient of the Muammar Al-Gaddafi International Prize for Human Rights (named for the late Libyan strongman), host of Sudanese President Omar al-Bashir (who is wanted for genocide by the International Criminal Court), and author of the unforgettable statement, "A Muslim could never commit genocide"?

African National Congress Deputy Secretary General Jessie Duarte, who declared: "The African National Congress (ANC) condemns in the strongest terms the barbaric attacks on the defenseless Palestinian people of Gaza."
She continued: "As we move towards the month of August and are reminded of [the] atrocities of Nazi Germany, surely we must ask the people of Israel has the term ‘lest we forget' lost it meaning. The state of Israel has turned the occupied territories of Palestine into permanent death camps. The killing of any child irrespective of race color or creed must be condemned."

Maybe a visit to "the defenseless Palestinian people of Gaza" would educate Ms. Duarte about a small strip of land with an arsenal of more than 10,000 rockets and an elaborate underground network of terror tunnels, or perhaps a journey to Gaza's border with Egypt to see that Cairo has sealed it. And then, perhaps a visit to several Nazi extermination factories, from Auschwitz to Belzec, would show Ms. Duarte what real death camps were like.

The Chair of the Non-Aligned Movement (NAM), purporting to speak on behalf of 120 member countries, announced: "[Operation Protective Edge] has once again reminded the world of the sad tragedy of the Palestinian nation and flagrant breach of rules and principles of international law by the Zionists." The statement added that Israel is "employing the most lethal weapons against the defenseless inhabitants."

But then again, in another telling reminder of the state of the world, the current chair of this group, comprising well over half the globe's nations, is Iran – yes, Iran – and the speaker was Iran's president. What's astonishing is not his comment about Israel, a country he won't even cite by name, but rather that some democratic members of NAM allow Tehran to speak in their name.

Venezuelan President Nicolás Maduro, who asserted that Israel's latest attacks have "initiated a higher phase of its policy of genocide and extermination with the ground invasion of Palestinian territory, killing innocent men, women, girls and boys."

He added: "Venezuela also rejects the cynical campaigns trying to condemn both parties equally, when it is clear you cannot morally compare occupied and massacred Palestine with the occupying state, Israel, which also possesses military superiority and acts on the margins of international law."

Coming from the leader of a country that is Iran's best friend in Latin America, staunch ally of Syrian President – and war criminal – Bashir Assad, home to a Hezbollah branch, and hotbed of state-sponsored anti-Semitism, what else would we expect from Maduro?

British Liberal Democrat Member of Parliament David Ward, who tweeted, "The big question is - if I lived in #Gaza would I fire a rocket? - Probably yes." He continued, "Ich bin ein #Palestinian - the West must make up its mind - which side is it on?"

Ward's astonishing comment stands in stark contrast to British Prime Minister David Cameron, who has shown an admirable understanding of the stark realities on the ground – and the true nature of Hamas as an enemy of Western values.

Italian Philosopher Gianna Vattimo, who said, "I'd like to shoot those bastard Zionists." When asked on air whether he would like to see more Israelis killed, Vattimo, who described himself as "a non-violent person," responded: "Of course!" He also said that Israel was "a bit worse than the Nazis."

No wonder Italian Jewish leaders have denounced Vattimo as an out-and-out anti-Semite, given his views on Israel and Zionism and his belief that there's truth to the infamous "Protocols of the Elders of Zion." By the way, he's not just Italy's problem. As a professor, he has been a visiting faculty member at several American universities. Students beware!

In two separate incidents, UNRWA "discovered" rockets stored inside its own school grounds in Gaza. Instead of confiscating or destroying the weapons, reports indicate that the agency returned the deadly rockets to "local authorities," meaning Hamas.

The only surprise here is that anyone would be surprised, considering UNRWA is a refugee agency created more than 60 years ago not to resettle anyone, but rather to provide welfare to , and stoke the revanchist anger of, Palestinian refugees and generations of descendants – not to mention its disturbing pattern of looking the other way on incitement and terrorism.

Jewish Voice for Peace, which released a statement titled, "Jews across the U.S. Oppose the Assault on Gaza." The group called "for an end to the devastating assault on Gaza" and claimed that the "violence has a root cause: Israel's illegal occupation."

From an organization most recently seen in Detroit joining with pro-BDS supporters at the Presbyterian Church's General Assembly, it's not surprising that, once again, it identifies with Israel's adversaries.

Amnesty International, which has now initiated a petition calling on the French government to impose an embargo on arms exports to Israel.

When it comes to all things Israel, Amnesty cannot be described as particularly sensitive or sympathetic. But calling for an arms embargo against the only democratic nation in the region while Iran, Hamas, Hezbollah, Palestinian Islamic Jihad, and a range of other actors all seek Israel's destruction takes things to a new level. Indeed, it is tantamount to wishing for Israel's end.

United Nations Human Rights Council (UNHRC), which, on Wednesday, voted, 29-1, with 17 abstentions, in favor of a resolution assigning blame for the conflict to Israel and absolving Hamas of any responsibility, and calling for a "commission of inquiry," reminiscent of the one-sided Goldstone Commission created after the Israel-Hamas war in 2008-9—whose report was eventually repudiated in large part by Judge Richard Goldstone himself.

That China, Russia, Cuba, Venezuela, and 11 members of the Organization of the Islamic Conference voted in favor came as little surprise, but that such democratic countries as Argentina, Brazil, Chile, Costa Rica, and the Philippines lent their support to this travesty is disappointing. But, then again, the UN Human Rights Council has obsessively focused on Israel more than any other nation on earth, while ignoring egregious human rights violations that don't suit the interests of the "automatic majority" on the council – a council, by the way, on which Israel has not been able to sit for decades.

Click here to view video: An Open Letter to Critics of Israel 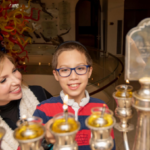 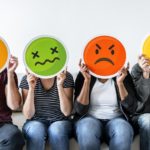 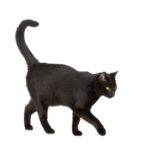 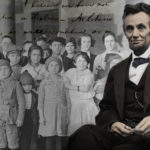 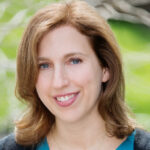