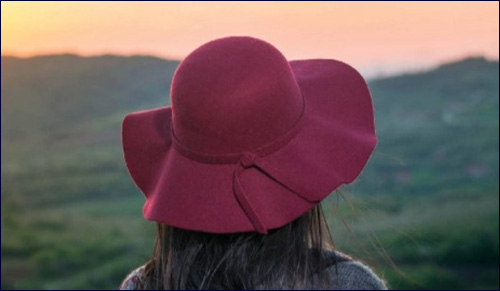 I was still insecure and nervous about living a Torah observant life. What would my new life look like?

Choosing to live a life of Torah observance was the most difficult decision of my life. It was also, ultimately, the most satisfying one. I made the commitment before my marriage when I had learned enough to be sure that God was real and the Torah was true, but I was still insecure and nervous: what would my new life look like? Would I really be happy? Here are some of the surprising lessons from “going Orthodox.”

1. The Torah never loses its relevance.

During my first classes, I was shocked at the timelessness of the 3,300-year-old Torah’s lessons about everything, from marriage and parenthood to business negotiations and leadership. While technology and the infrastructure of societies change all the time, the essential needs of the human heart never change. The Torah’s sophisticated insights have helped my husband and me in our marriage, as parents to our four kids, and in giving us wisdom to help us navigate all aspects of our lives.

In choosing an Orthodox life, I had feared a sameness in the people I would get to know, but my new friends were all individuals, just like me. I had things to learn from just about everybody – even the people I didn’t initially care for – a lesson in humility that I really needed. Is conformity a problem in some religious circles? Yes. But any healthy, growing community will value diversity within its ranks. After all, God made only one of each of us.

3. Living a Torah-observant life felt more natural than I expected.

I didn’t look forward to giving up material pleasures such as dining in non-kosher restaurants, and was intimidated at the high moral and ethical bar set by the Torah for my behavior. Would I ever measure up? So it surprised me when I felt that aspiring to these standards “fit” better than I expected. There is freedom within a wise, disciplined life path. Gaining knowledge and wisdom about our holidays, history and heritage filled a void I hadn’t even known existed. I also felt reassured by the Torah’s timeless principles about what it takes to build sustainable, healthy families and societies, especially as those definitions keep changing at breakneck speed in the broader society.

4. I really mattered, as a woman and as an individual.

At first the fact that I didn’t count in a minyan, along with other “gender inequalities” within Orthodoxy, bothered me. I still don’t like shul set-ups where women are squished into confining spaces and cannot see what’s going on the men’s side. But my voice lifted in prayer, my mitzvot, my sitting down to learn Torah, my giving tzedakah, my ethical actions, carry as much weight as those of anyone – male or female, learned or newbie. Jewish women have been change agents since the beginning of our history, and the Torah’s respect for women through such innovations as the marriage ketubah and other halachic safeguards, was revolutionary in history. Today, some of the most dynamic leaders and educators in the Orthodox world are women. I realized that I didn’t need a title to make an impact. I count. You count. Everybody counts.

5. Certain theological concepts I associated with Christianity were Jewish in origin.

I grew up knowing that Christians believed in the idea of an immortal soul, and that God was their friend who loved them. But these ideas were not passed down to me through my Conservative synagogue or even through my religious grandparents. When my brother died tragically when he was only 17 and I was nine, the idea of an immortal soul would have been a comfort in the midst of emotional devastation. I was startled yet happy to discover that these nourishing and important ideas were and are Jewish concepts.

6. Both Orthodox and non-Orthodox Jews fear being judged by one another.

I worried that some of my friends and relatives would think my decision to become Orthodox was “retrograde” and unsophisticated. The insecurity of baalei teshuva is not surprising. But the tensions or resentments that sometimes arise between Orthodox and non-Orthodox Jews often mask an insecurity among the non-Orthodox as well: are we judging them for their lack of religious observance? I think Jews of all observance levels need to reassure one another that we are one people, and as my husband wisely says, what we have in common is so much greater than what divides us.

7. Growing spiritually is a lifelong journey.

I decided to “become Orthodox” 30 years ago. Guess what? I am still “becoming.” A Torah life is demanding – we have a lot of rules to follow and internal growth to master! It’s natural to feel our enthusiasm flagging sometimes, or to begin to feel we are doing things by rote. That’s the time I try to catch myself and remember that there are ebbs and flows in any relationship. I can pick up where I left off. This is about the journey as much as the destination.

8. God wants a “real-lationship” with me.

There are no mediators between God and me. We pray using the second person (“Ata”) when addressing God; this is a one-on-one, direct relationship. When I began to pour out my heart to God in my own words, whether in frustration, fear, or thankfulness, it was cathartic and liberating. Feeling that God cared about me, my family, my concerns, my career, was transformative. The essential Jewish message is that God loves each of us. The relationship will be as real as we choose to make it. 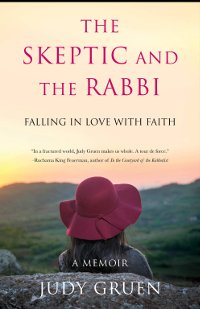 Judy Gruen’s new memoir, The Skeptic and the Rabbi: Falling in Love with Faith, has just been published by She Writes Press. Already widely acclaimed, the memoir is a very personal, funny and poignant story about the author’s unexpected and sometimes bumpy path to Torah observance.

“Judy Gruen writes with down-to-earth warmth and humor about her personal spiritual journey. As she navigates family, friendship, love, loss, parenting, and community, you will root for her like you would cheer on a new best friend – someone who you just know somehow cares for and understands you, too.” Lori Palatnik, founding director of the Jewish Women’s Renaissance Project

Confessions of a Flaming Baal Teshuva