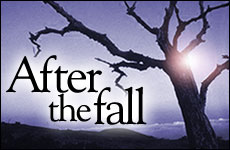 How do you rebuild after losing everything? Ask David Hatuel.

Is any name more redolent of tears than "Hatuel"? Perhaps not anymore.

In May of 2004, 34-year-old Tali Hatuel, a social worker who lived in the Gaza Strip, was gunned down on a Gaza highway by Palestinian terrorists along with her four daughters, Hila, 11; Hadar, 9; Roni, 7; and Merav, 2. As if the atrocity could be any more atrocious, Tali Hatuel was 8 months pregnant with her first son.

After the initial gunfire, the terrorists ran up to the car and shot the passengers --four little girls and a pregnant woman -- at point-blank range to make sure they were dead.

By that point, terror attacks in Israel had begun to bleed into one another: It was a bus -- or a restaurant? A mother and daughter? The ones with the stroller in Petach Tikva or the ones crossing the street in Jerusalem? Names and photos and stories all ran together, washed over with tears and the cynicism and insensitivity bred from living under attack for so long.

But the Hatuel tragedy shook everyone. Even more than Tali Hatuel and the four sweet-faced girls, I was haunted by thoughts of the one left behind, their husband and father David Hatuel.

"I am all alone -- there is no one left," he wailed at the funeral.

When others might have raged, screamed -- at the killers, at Israeli authorities, at God -- David Hatuel stood up and apologized to his wife and daughters for spending too much time away from them.

We all wondered how he could go on, how could he live with his soul torn into five pieces?

But David Hatuel, we were to learn, was far stronger than us. Far deeper. In the weeks and months to come, in circumstances as dire as anyone can imagine, he became a true Kiddush Hashem, a sanctification of God's name, an example for any striving person of what an individual can be.

"I had two options: Fall down and be totally destroyed, or stand up and live. I am choosing life."

Months later, a columnist asked him if he hated God for what had happened. "My secular friends ask me how I can carry on," he told the Jerusalem Post. "They tell me that if it were them, they would have put a bullet through their heads. But I am only able to cope because of God. Rather than focus on the horror of how my family was taken from me, I am focusing instead on the 12 beautiful years God gave me with my beloved wife and daughters. I just have to believe that God has a plan as to why that time was cut short."

There's a Jewish custom to wish everyone "mazal tov" at weddings and other happy occasions, whether or not the person has any particular connection to the bride or groom (bar mitzvah boy, etc.). It can be a bit disconcerting to get used to at first. Why am I -- a tangential, unrelated guest -- being wished well when the simcha has nothing to do with me?

The idea behind it is that, related or not, a simcha -- the creation of a new home, the birth of a child -- belongs to the entire Jewish people. Just as Jewish law dictates that kol Yisrael arevim zeh l'zeh, every Jew is responsible for one another, so too do we have a part in each other's joy. And -- in the case of David Hatuel and too many other Israelis -- in each other's grief.

So what a source of wonder it is to hear that David Hatuel is marrying again! He is engaged to Limor Shem-Tov, 32, an occupational therapist whose family has lived in Israel for 7 generations.

As we gleefully exchanged the news -- as if either of us knows either the groom or bride -- a friend commented that she couldn't imagine how he could do it: How could he go on? The sad reality is that, only two generations ago, millions of Jews started over under even worse circumstance: Holocaust survivors lost not only their spouses and children, but their parents, siblings, communities, and even nationalities. New beginnings, sadly, are not new to Jews.

"My sight is set on the future," he said at his engagement party. "I am building again on a home that still is. My wife and daughters were not erased. They live inside me. They are part of my life. I am like a tree whose branches were cut off and now they are growing again.

"I had two options: Fall down and be totally destroyed, or stand up and live. I am choosing life."

To David Hatuel and Limor Shem-Tov, and to all of Klal Yisrael: Mazal tov!

A Muslim in a Jewish Land
Extras In Our Own Epic
Evolution 2.0: The Coming Darwinian Revolution
Chukat 5782: Let’s Play the Blame Game!
Comments
MOST POPULAR IN Israel
Our privacy policy